How Much Do People Use Messaging Apps? (Hint: A Lot)

Consumers use messaging apps nearly five times more than other apps, and they are almost twice as likely to keep messaging apps (vs. other apps) on their phones, according to a recent report from Flurry.

The report was based on Flurry Analytics mobile app data collected between January 2014 and January 2015.

The researchers examined both frequency of use (the number of times apps were opened each day on average) and retention (whether users continued to launch apps after installing them).

Messaging apps' daily use is 4.7 times higher than the average for all apps, the analysis found. 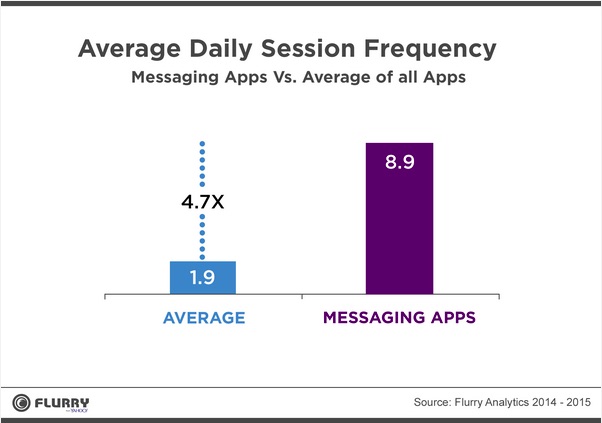 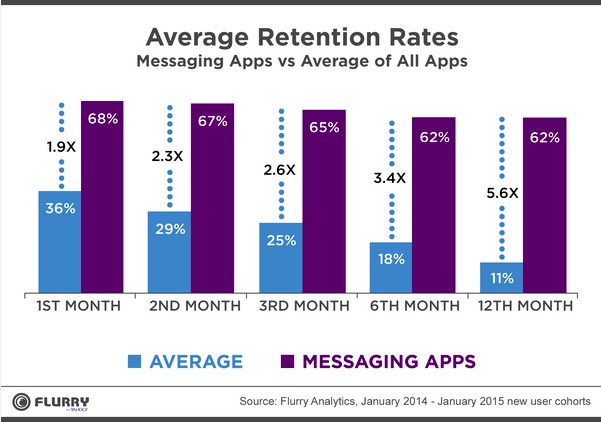 About the research: The report was based on Flurry Analytics mobile app data collected between January 2014 and January 2015.

Continue reading "How Much Do People Use Messaging Apps? (Hint: A Lot)" ... Read the full article