To find out, Phrasee examined the performance of more than 700 million emails sent by retail and e-commerce brands earlier this year, primarily from companies based in the United States and the United Kingdom.

The researchers isolated the impact of specific elements in subject lines and examined how they affected open, click, and click-to-open rates. Each element was given a Phrasee Score—a normalized, weighted score on a 1 to 100 scale that aggregated the overall effect a phrase had on response metrics. The higher the Phrasee Score, the more reliably positive the results from a phrase were in motivating consumers to take action.

Below, key findings from the analysis; check out the full report to see results for all the phrases examined.

Words in subject lines indicating something new, such as "introducing," tend to perform well, as do experiential verbs such as 'celebrate"; more functional action words such as "spend" do not tend to perform as well. 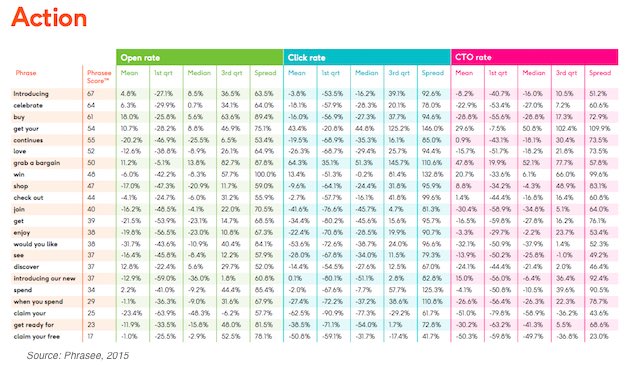 Subject lines that include the phrases "on orders over," "off selected," and "your next order" tend to inspire more action from consumers. 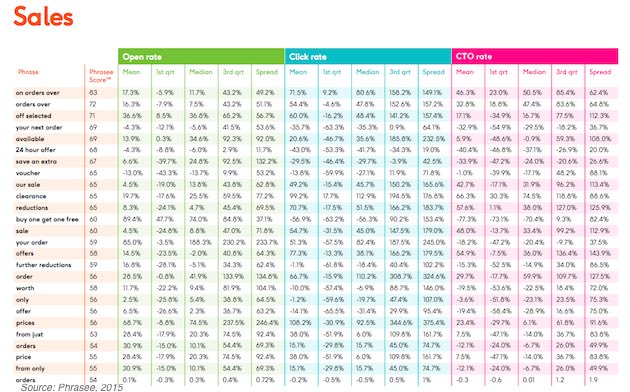 The phrase "plus free delivery" in subject lines is a big hit with consumers, leading to far above average open rates, click rates, and click-to-open rates.

Including urgency in subject lines is a mixed bag, with some phrases such as "sale starts" performing well, and others such as "hurry" performing poorly. 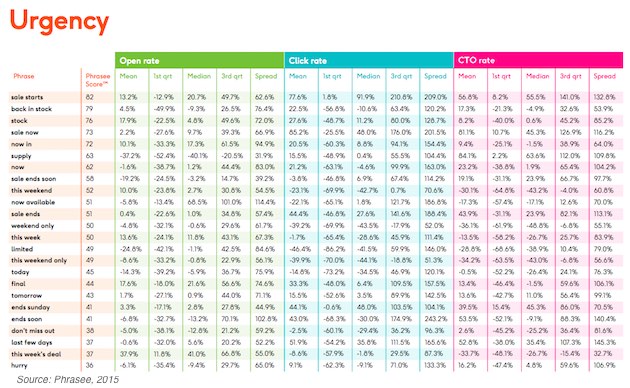 Consumers tend to be curious about ellipses (...), but do not tend to take as much action on subject lines that include two or more commas.

About the research: The report was based on data from more than 700 million emails sent by retail and e-commerce brands earlier this year, primarily from companies based in the United States and the United Kingdom.