Phablets—mobile phones with screen sizes between 5" and 7"—have had a significant impact on the global device market in the past year, according to a recent Flurry from Yahoo report.

The report was based on March data from the 1.6 billion mobile devices Flurry Analytics tracks.

That growth came mostly at the expense of medium phones, which lost 9% share in the past year. Full-size tablets and small phones also suffered losses in share; small tablets held their ground at 7%. 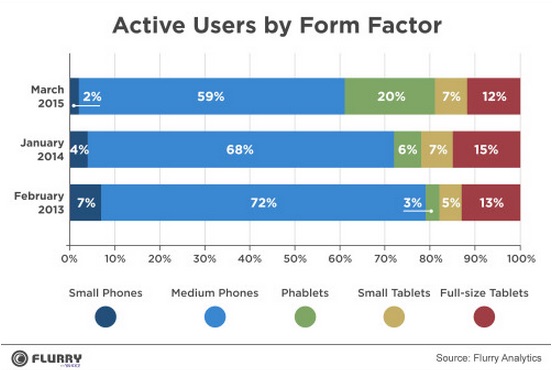 Some 36% of active Android devices in March 2015 were phablets, compared with only 4% of iOS devices. 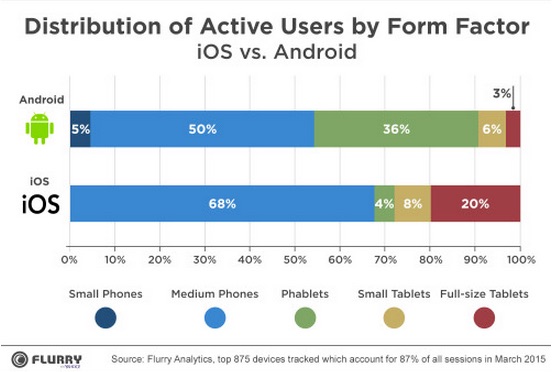 Since the launch of the iPhone 6 and iPhone 6 Plus (which is classified as a phablet in the report), there have been 2.75 times more iPhone 6s than 6 Pluses activated, the analysis found.

About the research: The report was based on March data from the 1.6 billion mobile devices Flurry tracks.