The State of Woman-Owned Businesses in 2015

Women business owners are optimistic about the year ahead for both their own companies and the overall US economy, according to a recent report from the National Association of Women Business Owners (NAWBO) and Web.com.

The report was based on data from an annual survey of 306 women in the United States who are members of NAWBO.

Optimism for new woman-owned businesses dropped a bit from last year, though a clear majority of respondents (88%) still predict more women will start a business this year.

Motivators for Starting a Business

Some 29% of respondents say they started their own business because they had an idea they wanted to implement; other motivators include always having wanted to be an entrepreneur (19%), and wanting to solve a specific industry problem (12%).

Some 30% of respondents say they would definitely recommend that a mother start her own business, 66% would do so with caveats, and 4% would not recommend it. 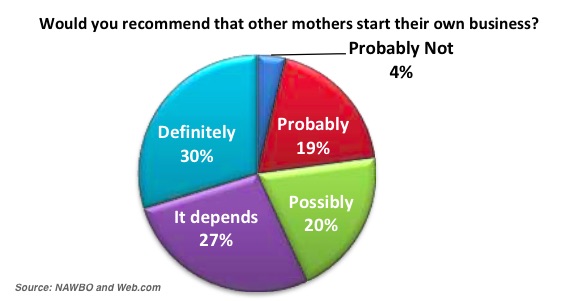 About the research: The report was based on data from an annual survey of 306 women in the United States who are members of NAWBO.

Continue reading "The State of Woman-Owned Businesses in 2015" ... Read the full article