How Consumers Find and Use Mobile Apps

Most consumers first hear about mobile apps from friends and family, according to a recent report from Google and Ipsos.

The report was based on data from an online survey conducted in September 2014 of 8,470 people age 18-64. Respondents were ask about how they find, buy, and use smartphone applications.

Some 52% of respondents say they usually become aware of mobile apps from friends and family. Other common discovery methods are app stores (40%), search engines (27%), company websites (24%), and television (22%). 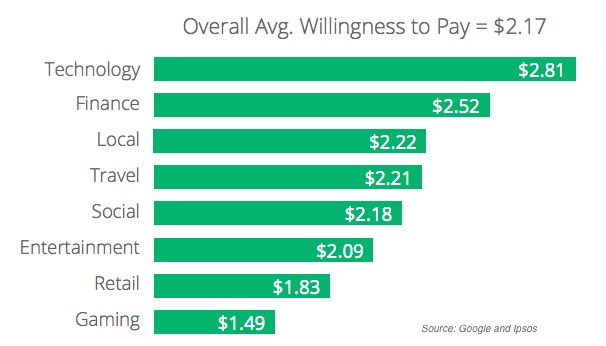 About the research: The report was based on data from an online survey conducted in September 2014 of 8,470 people age 18-64.