How Many People Are Mobile Addicts?

Some 280 million people worldwide are "mobile addicts" who launch applications on their devices 60 times or more per day on average, according to a recent report by Flurry from Yahoo.

The report was based on 2Q14 - 2Q15 Flurry analytics data measuring app usage on 1.8 billion smart devices around the world. The researchers viewed each device as a single "user," so a caveat to the report is that it does not account for the impact of owners of multiple devices.

Regular Users, defined in the report as consumers who use mobile apps between 1 and 16 times per day, on average, increased from 784 million to 985 million in time period period measured, a 25% year-over-year increase. 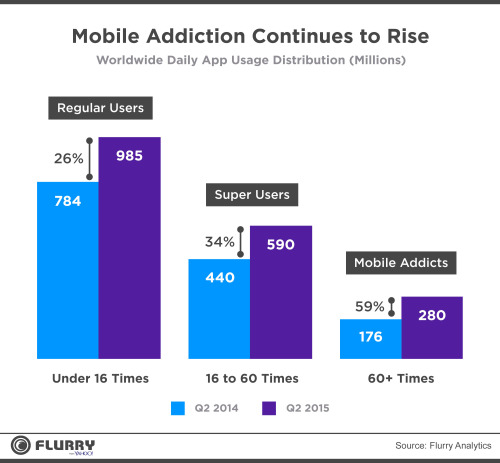 If the number of Mobile Addicts in 2014 were the population of a country, it would have been the eighth largest in the world, slightly smaller than Nigeria. In 2015, this group would constitute the fourth largest country, just smaller than the United States and larger than Indonesia. 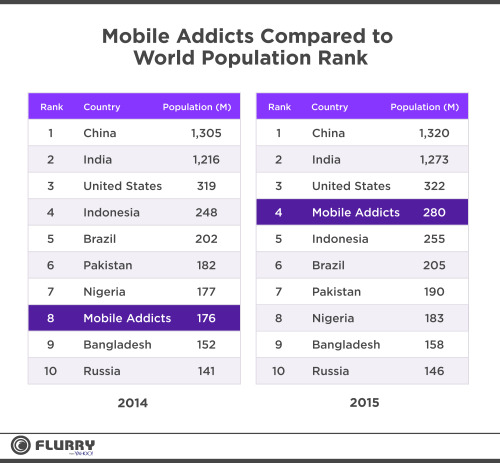 Mobile Addicts over-index in app usage across all categories, the Flurry analysis found.

The top five categories in which usage by Mobile Addicts over-indexes by more than 100% (i.e., 2X more than the average mobile consumer) are messaging/social, utilities/productivity, games, finance, and news/magazines. 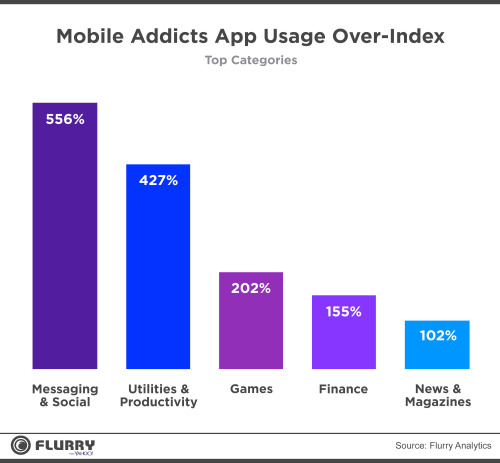 About the research: The report was based on 2Q14 - 2Q15 Flurry data measuring app usage on 1.8 billion smart devices around the world.