Mobile Etiquette: When Is It OK to Use a Cellphone in Public?

Most Americans say it is OK to use cellphones on public transportation and while walking on the street, but not at restaurants, in theaters, and during worship services, according to a recent report from the Pew Research Center.

The report was based on data from a nationally representative sample of 3,042 adult cellphone users in the United States.

Some 77% of respondents say it is socially acceptable to use a cellphone while walking, and 75% say it is OK to use one while on public transportation.

In contrast, most respondents do not think it acceptable to use cellphones during worship services (96%), in quiet places such as theaters (95%), during meetings (94%), at family dinners (88%), and at restaurants (62%). 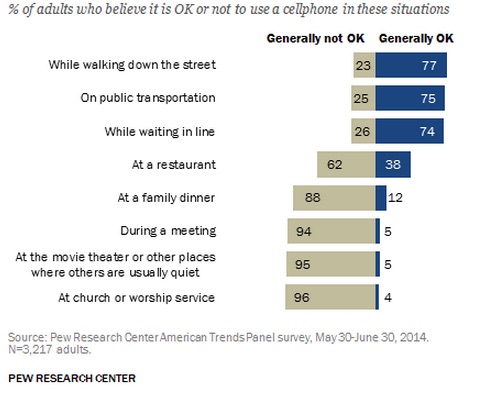 Compared with older adults, respondents age 18-29 are much more accepting of cellphone use in public, with a higher percentage saying use is appropriate in almost every situation. 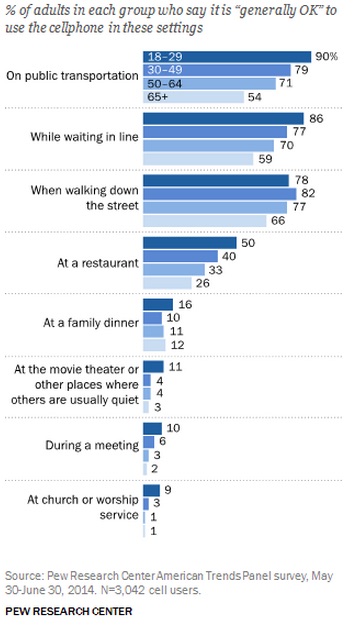 About the research: The report was based on data from a nationally representative sample of 3,042 cellphone users in the United States.

Continue reading "Mobile Etiquette: When Is It OK to Use a Cellphone in Public?" ... Read the full article