To find out, Silverpop examined data from messages sent by nearly 750 companies representing 3,000 brands in 40 countries. A broad set of message types sent by companies in a variety of verticals were included in the study, including promotional emails, content-based newsletters, automated emails, and transactional messages.

Below, key findings from the analysis. To see definitions of the metrics, as well as how performance varies by region, check out the full report.

The retail/e-commerce and media/publishing verticals have the lowest mean unique open rates. 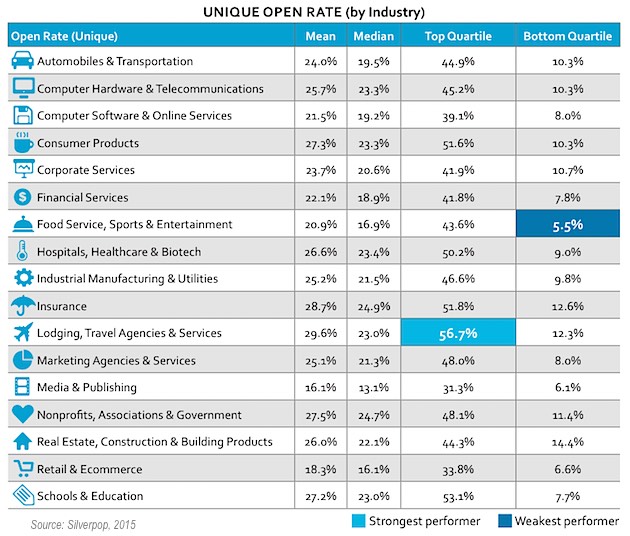 Emails from brands in the computer and telecommunications, consumer products, and hospitality verticals have the highest mean click-through rates. 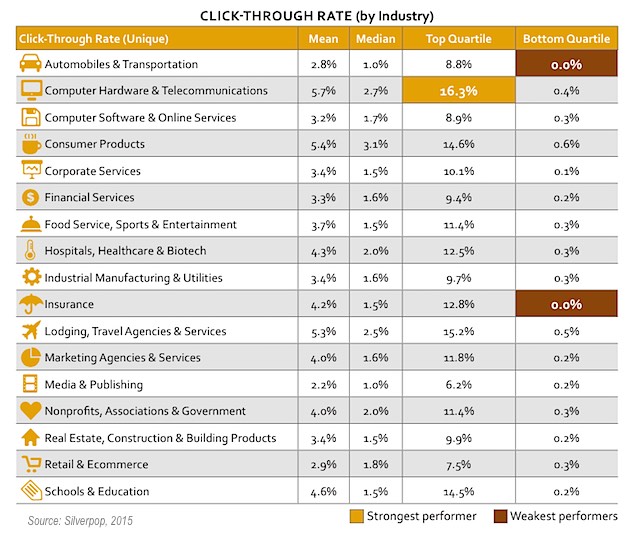 Companies in the consumer products and computer hardware verticals have the highest mean click-to-open rates. 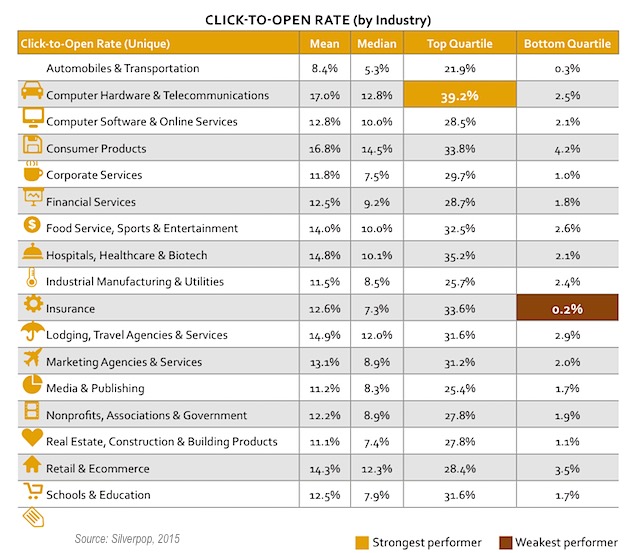 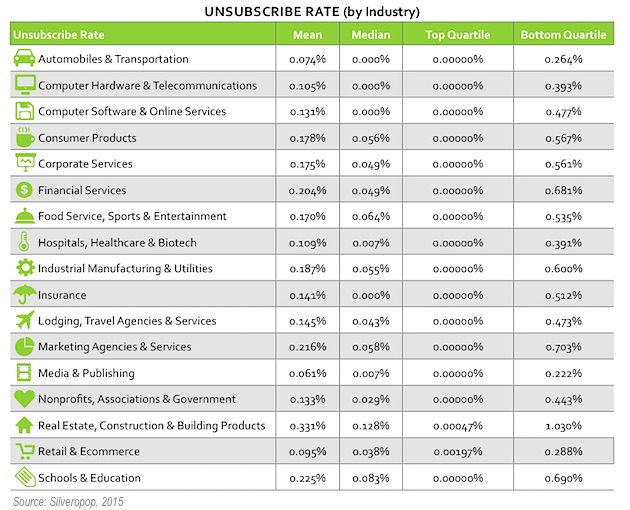 About the research: The report was based on data from messages sent by nearly 750 companies representing 3,000 brands in 40 countries.