When Consumers Engage With Black Friday Emails and Social Posts

Do people prefer to receive Black Friday promotional messages on the day itself or beforehand? Is there a difference between how consumers engage with emails and Facebook posts in the week leading up to retailers' big sales?

To find out, Yesmail examined 2013 and 2014 data from 50 major retailers, including Macy's Target, Best Buy, Toys R Us, and Nordstrom. The researchers examined marketing email and social campaigns deployed throughout the week leading up to Black Friday.

Although emails sent the Monday before Black Friday had the highest open rates, they also had the highest delete-after-open rates (6.6%). That may indicate consumers want to engage with Black Friday emails early in the week but will delete the messages if they don't find the highlighted products relevant or cannot use the featured promotion immediately. 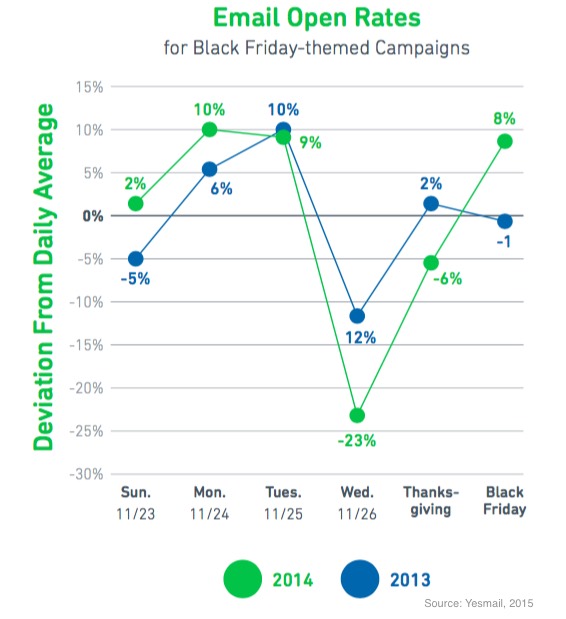 Retailers deployed the biggest share of Black Friday-themed Facebook campaigns on the day itself (28%) in 2014, but saw lackluster results.

The Sunday before Black Friday had the highest engagement on Facebook posts, with interactions steadily declining through the course of the week. That may indicate consumers look to Facebook for deals early in the week but focus on email promotions on the actual day. 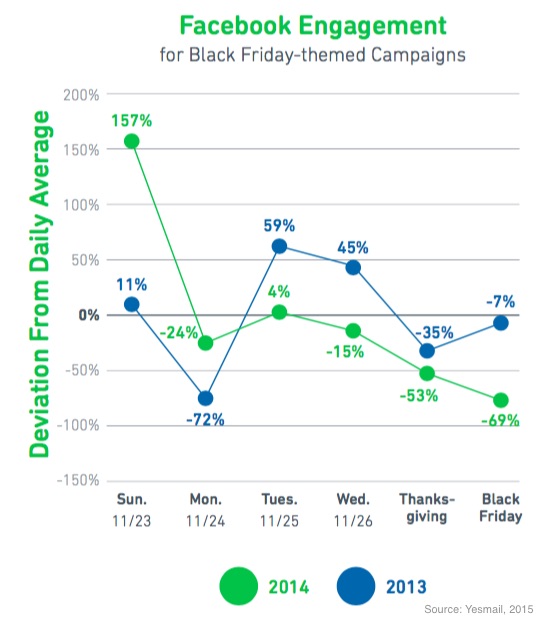 About the research: The report was based on 2013 and 2014 data from 50 major retailers, including Macy's Target, Best Buy, Toys R Us, and Nordstrom.