How Executives Feel About Tech: Top Opportunities and Fears

Nearly three-quarters (72%) of business leaders think technology will transform their company's competitive landscape in the coming years, according to a recent report from IBM.

The report was based on data from a survey of 5,247 C-suite executives (CEOs, CFOs, CHROs, CIOs, CMOs, and COOs) from more than 70 countries. Respondents—most of whom were interviewed face-to-face—work for a wide range of large public and private enterprises.

Technology is seen as having the biggest impact on the competitive landscape, followed by market factors (cited by 71% of respondents), regulatory concerns (55%), and macro-economic factors (51%). 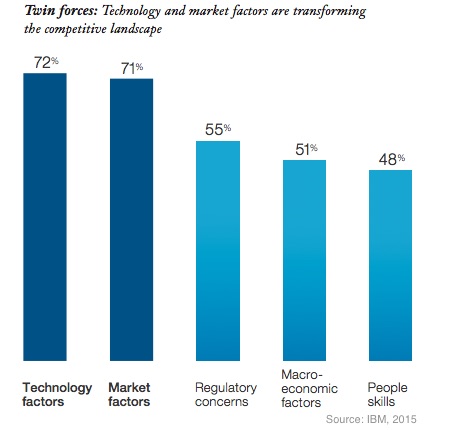 Executives say cloud computing, mobile, and the Internet of Things (IoT) will be the most important technologies in the near term. 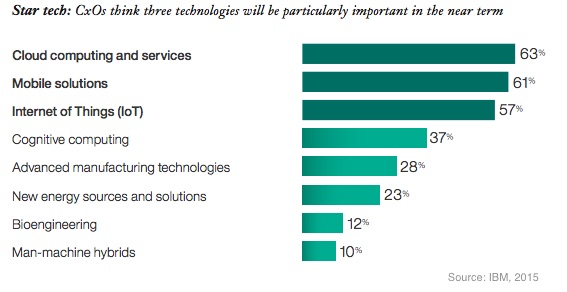 Respondents say the top benefit of technology is the ability to develop better products/services; the ability to build stronger customer relationships ranks second.

About the research: The report was based on data from a survey of 5,247 C-suite executives (CEOs, CFOs, CHROs, CIOs, CMOs, and COOs) from more than 70 countries.