Some 44% of global online adults age 16-64 say they own a tablet, according to a recent report from GlobalWebIndex.

The report was based on data from an ongoing survey of thousands of Internet users in 34 countries.

Men and women are equally likely to own a tablet (44% of each group say they do). 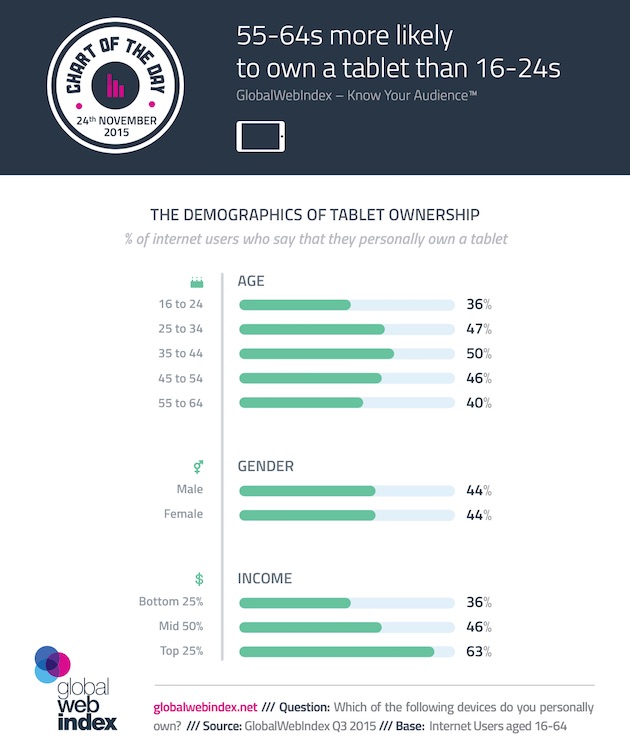 About the research: The report was based on data from an ongoing survey of thousands of Internet users in 34 countries.