The 25 Best Cities in the US for Professionals

Which cities in the United States make the best destinations for career-oriented professionals? Where should job seekers consider moving to?

To find out, Robert Half and The Economist Intelligence Unit (EIU) examined 25 diverse indicators that influence career choices and overall happiness.

Seattle ranks as the top metropolitan area in the Robert Half Career City Index, thanks to its performance in the career-prospects and cost-of-living categories, which were both assigned extra weight by the researchers because of the role they play in professional mobility. 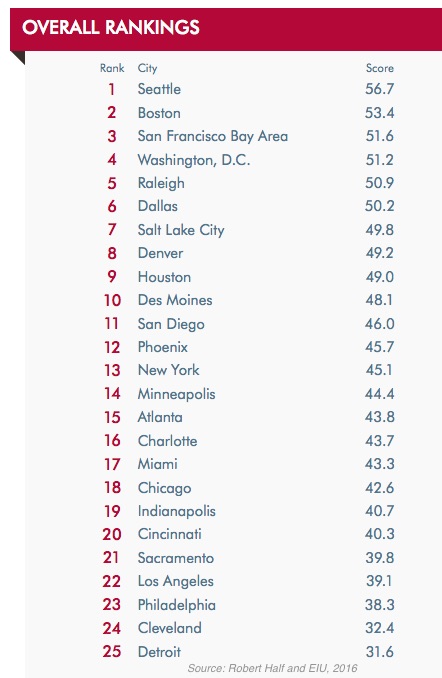 The San Francisco Bay area ranks as the top place in the US for career prospects, thanks to its educational attainment levels, GDP per capita, and relatively low unemployment rate. 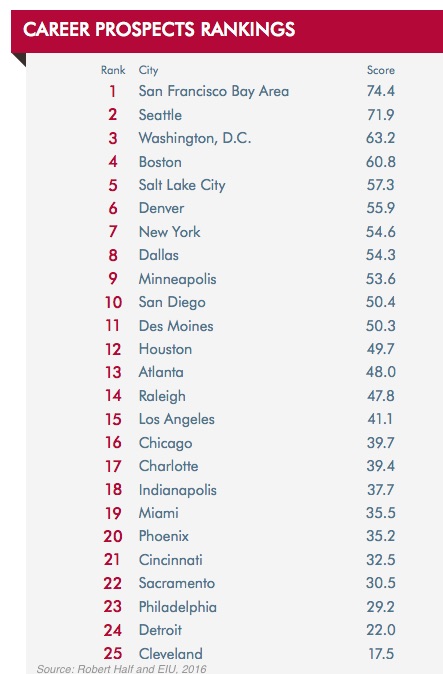 Phoenix ranks first for quality of life, scoring well on its quality of education (second of the cities examined), number of sunny days (first), and park space as a share of total city acreage (seventh). 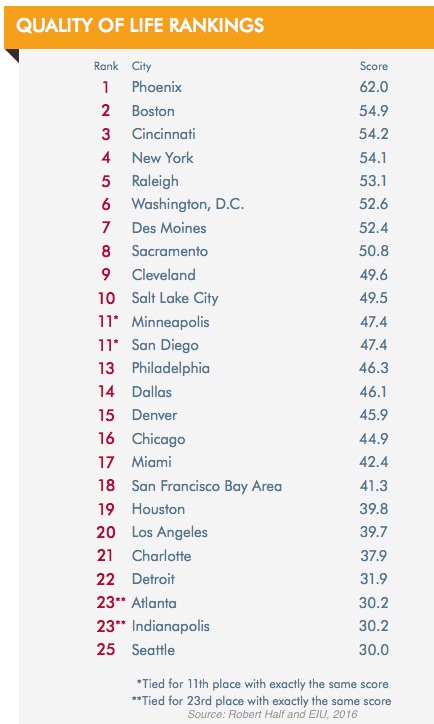 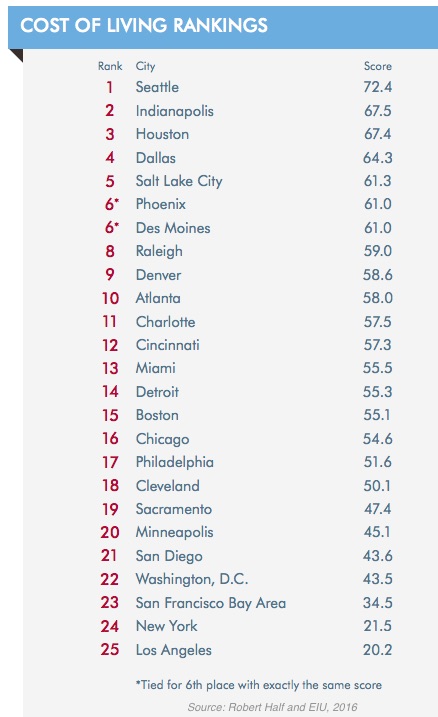 Los Angeles tops the list for cultural diversity. It has the most entertainment venues per square mile of the cities examined, and ranks second for having the largest number of foreign-born residents (34%). 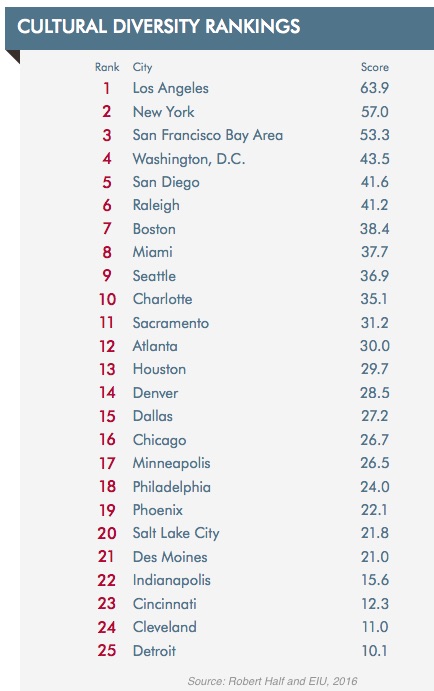 About the research: The report was based on an analysis of 25 diverse indicators that influence career choices and overall happiness.