The Impact of Responsive Design on Email Engagement

Brands that have adopted responsive email design are receiving many more clicks on the content inside their messages, according to a recent report from Yesmail.

The report was based on data from millions of emails sent by Yesmail customers in 4Q15, as well as data from previous quarters.

More than half of all opens in 4Q15 occurred on mobile devices both for brands that used responsive email design and for those that did not, the analysis found.

In other words, consumers open both responsive and non-responsive emails on their smartphones at roughly the same rates, but they are much less likely to click through if they encounter messages that are not optimized for their devices. 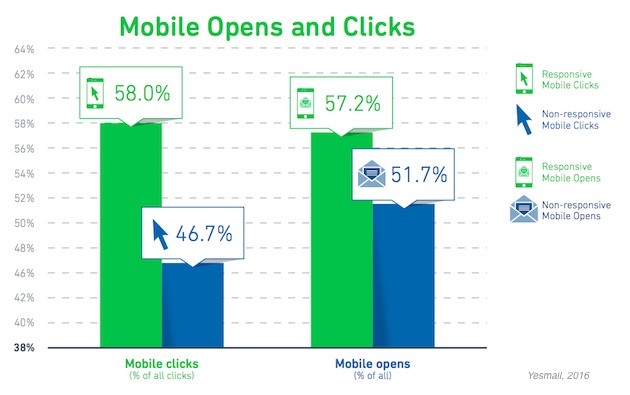 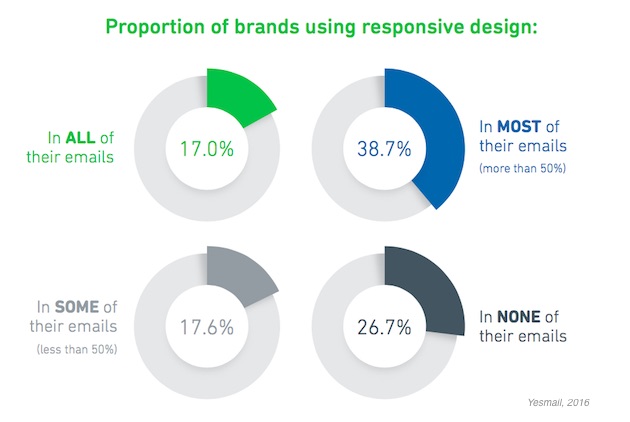 About the research: The report was based on data from millions of emails sent by Yesmail customers in 4Q15, as well as data from previous quarters.