What Americans Listen to While Commuting

Americans still prefer to listen to traditional AM/FM radio while commuting in their cars, according to a recent report from Edison Research.

The research was based on data from a survey conducted in November 2015 of 1,117 adults in the United States who commute to work by car.

Almost all respondents (97%) say they listen to audio while they are commuting, and 90% of commuters say they at least occasionally listen to AM/FM radio while in the car. 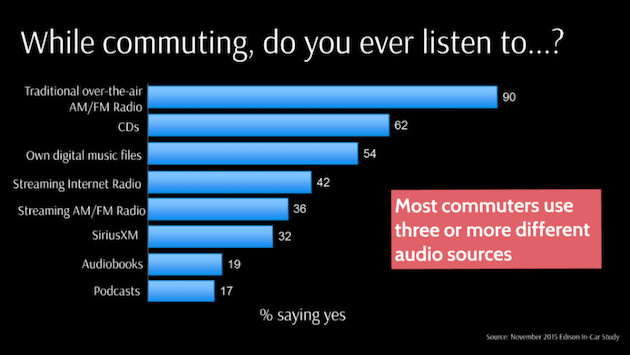 More than half (56%) of respondents say AM/FM radio is the audio format they listen to most while on the way to work. 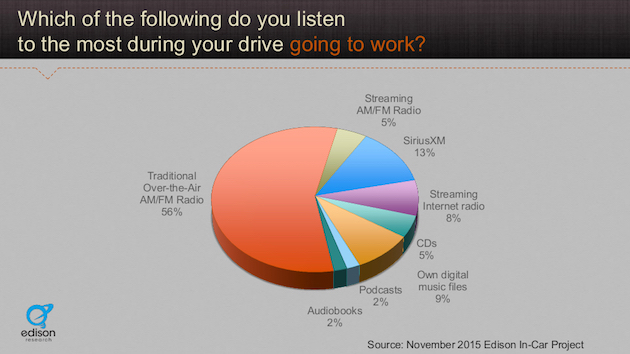 Some 43% of commuters say that if they were forced to pick only one audio format to listen to on the way to work, they'd choose AM/FM radio. 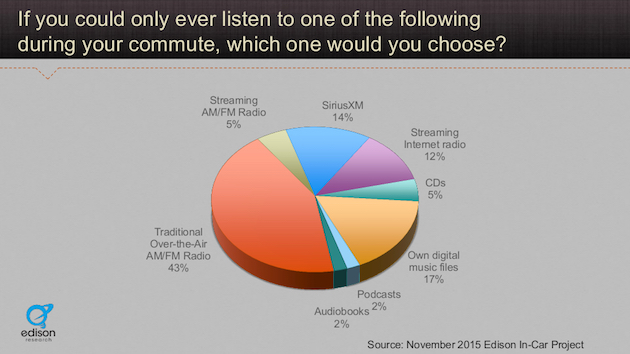 About the research: The report was based on data from a survey conducted in November 2015 of 1,117 adults in the United States who commute to work by car.

Continue reading "What Americans Listen to While Commuting" ... Read the full article