Do People Use Facebook's Reactions Feature?

Although Facebook users can now engage with posts by using reactions such as the heart or angry face, relatively few are taking advantage of this functionality, according to recent research from Quintly.

The report was based on an analysis conducted in April 2016 of data from 130,000 Facebook posts.

Only 2.4% of all Facebook interactions with posts are reactions, the analysis found. 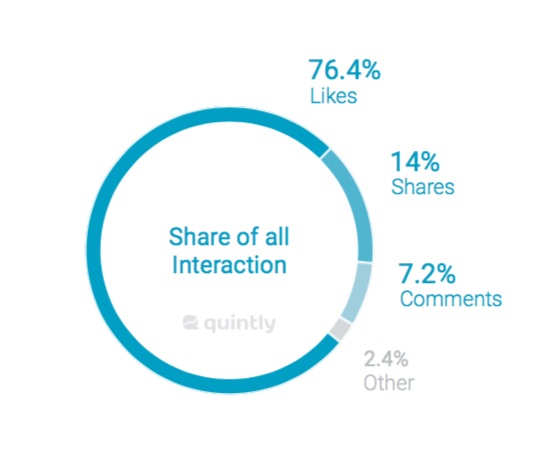 The most popular reaction to posts, not counting likes, is the heart (50.8%). The angry face is the second most used reaction (19.1%). 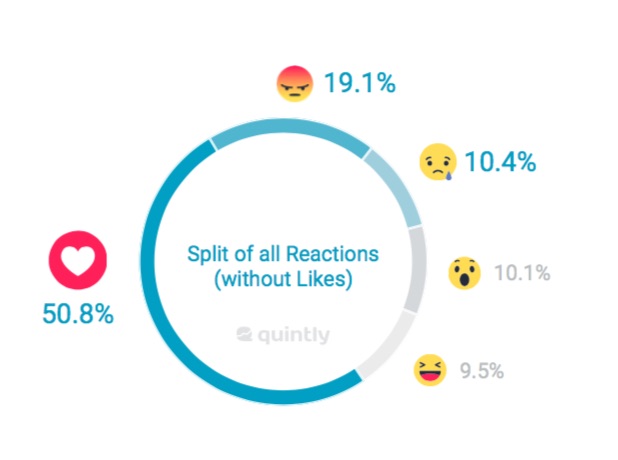 About the research: The report was based on an analysis conducted in April 2016 of data from 130,000 Facebook posts.