The 10 Highest-Rated CEOs by Employees

Bain & Company head Bob Bechek has the highest approval rating of any large enterprise CEO, with 99% of his employees saying they like the job he's doing, according to a recent report from Glassdoor.

The report was based on more than two million anonymous company reviews submitted by employees on Glassdoor between May 2015 and May 2016.

Next are Dominic Barton of McKinsey & Company (99%) and Mark Zuckerberg of Facebook (97%).

Check out the full report to see the 100 top rated enterprise CEOs, as well as the top rated SMB CEOs. 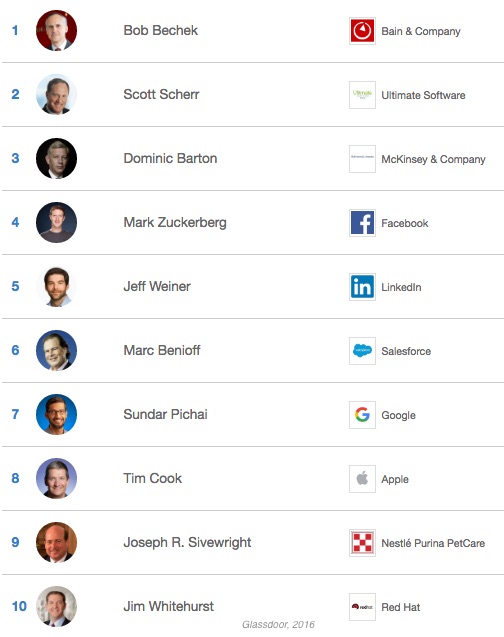 About the research: The report was based on more than two million anonymous company reviews submitted by employees on Glassdoor between May 2015 and May 2016.