More than three-quarters of consumers, on average, do not return to use a mobile app the day after downloading it, according to recent research from Appboy.

The report was based on data from more than 300 apps and 300 million profiles for both iOS and Android users.

The researchers examined Day N retention rates, i.e., the share of people who return to use an app each day after first using it (Day N).

Motivating a new user to return to an app after download is extremely difficult, the analysis found.

Less than a quarter of users return even one day (D1) after first use, and the retention rate continues to trend downward over the next three months, hitting 4% on day 90. 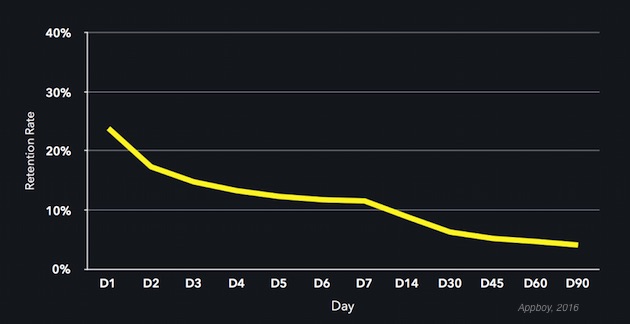 Android apps often have higher retention rates than their iOS equivalents across many app verticals, the analysis found. The exceptions are social/messaging apps and media/entertainment apps. 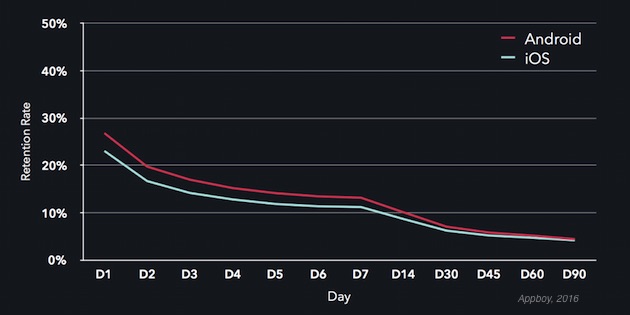 About the research: The report was based on data from more than 300 apps and 300 million profiles for both iOS and Android users.