What Share of Their Budgets Are CMOs Allocating to Social Media?

Chief marketing officers (CMOs) expect to nearly double the proportion of marketing budget they allocate to social media within five years, according to recent research from The CMO Survey.

The report was based on data from a survey conducted in August 2016 of 427 top marketers in the United States.

Marketers say they currently spend 11.7% of their annual budget on social media, on average. That is up from 7.1% in August 2011.

CMOs say they think they will spend 22.2% of their annual marketing budget on social media five years from now, the survey found. 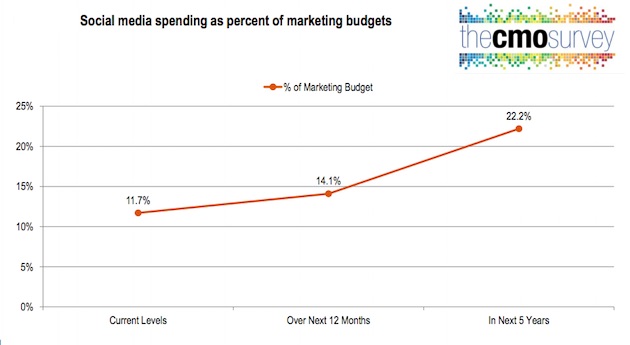 Social media spend varies widely from sector to sector, with B2C services companies currently spending the most (15.4% of total marketing budget, on average) and B2B product companies spending the least (8.9%). 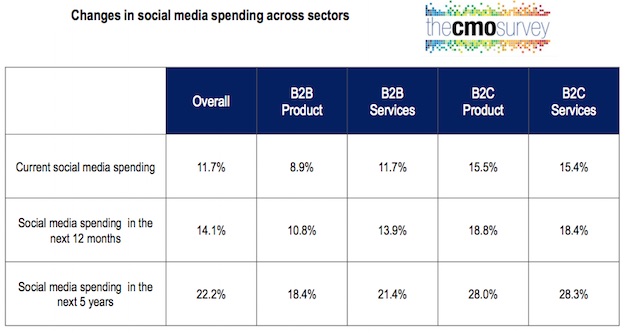 The level of integration between social media and companies' broader marketing strategies has remained about the same over the past four years. 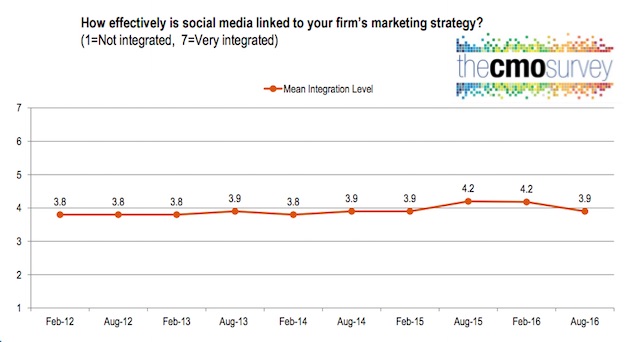 About the research: The report was based on data from a survey conducted in August 2016 of 427 top marketers in the United States.