Most emails sent by marketers in the second quarter of 2016 were opened on mobile devices, according to recent research from Experian.

The report was based on 2Q16 Experian data from the company's roster of business clients.

Although desktop computers accounted for only 42% of email opens, they were responsible for 49% of email-generated revenue tracked by Experian.

Most 2Q16 email opens occurred on mobile phones or tablets for all industries except business products/services: 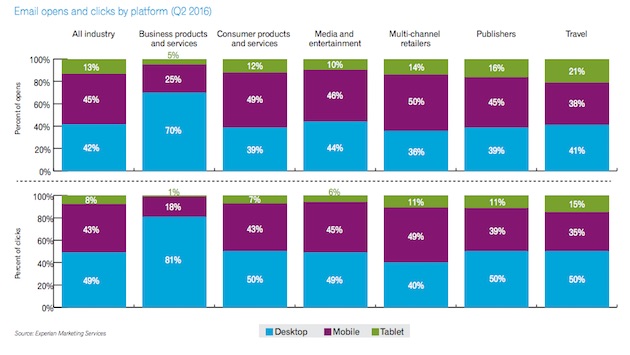 All industries examined by Experian had year-over-year (YOY) increases in opens and clicks on mobile phones from 2Q15 to 2Q16.

The share of clicks received on tablets increased for all industries YOY except business products/services: 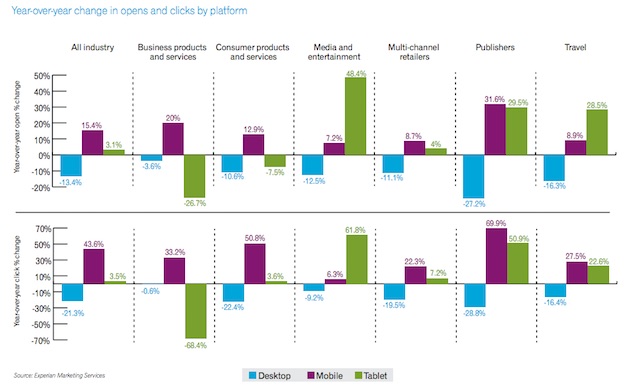 About the research: The report was based on 2Q16 Experian data from the company's roster of business clients.