How Much Time Do Employees Spend on Social Media at Work?

Two-thirds of workers in the United States say they check social media while on the job, according to recent research from Bambu by Sprout Social.

Two-thirds (67%) of respondents say they regularly check social media while at work.

One in five respondents say they spend more than an hour per day, on average, using social media while at work. 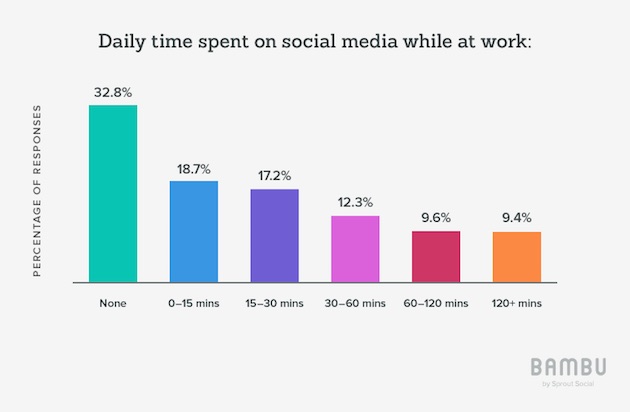 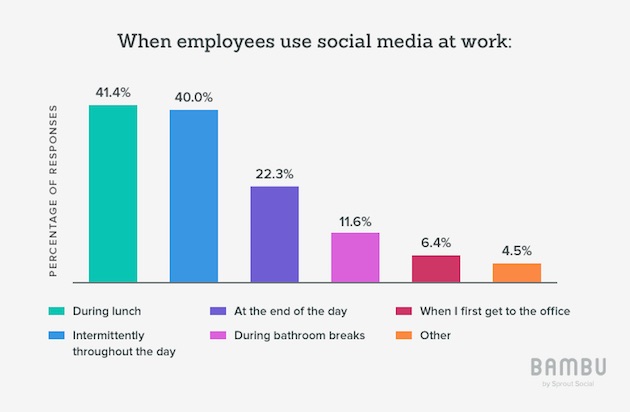