How Consumers Use Amazon: Device, Search, and Purchase Trends

Some 41% of Amazon customers say they use a mobile device (smartphone or tablet) most often to make purchases on the site, according to recent research from Feedvisor.

The report was based on data from a survey of 1,507 Amazon customers age 18 and older. Half of the people surveyed are Prime members, and 60% are female.

More than half (56%) of respondents say they still use a desktop computer most often when making Amazon purchases.

Amazon customers use the site to purchase a wide range of products, including books/movies (61% have bought on Amazon in the past year), electronics (54%), and clothing/shoes/jewelry (46%). 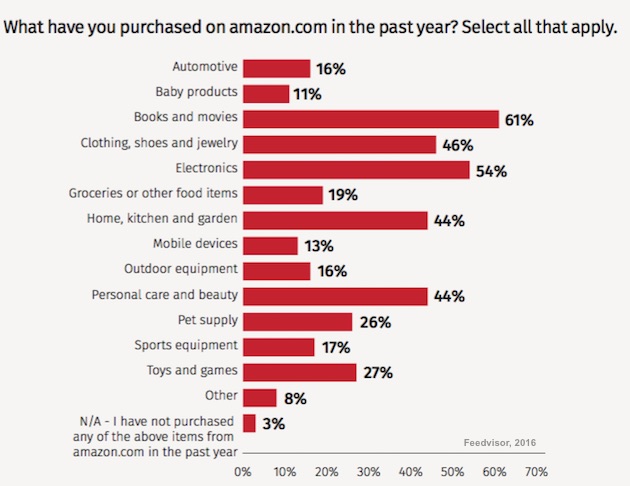 Just over three-quarters (76%) of Amazon customers say they typically start looking for a product by using the site's search box; 10% turn to Google first; 7% go to Amazon's Departments tab. 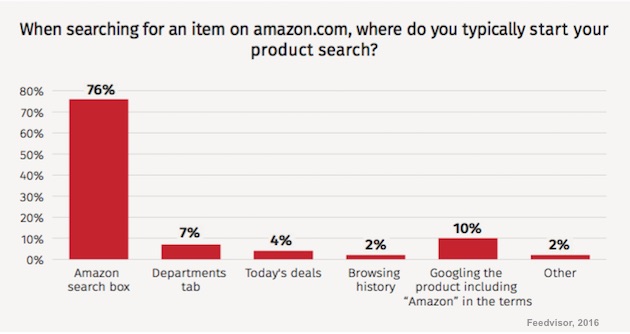 Some 42% of respondents say they typically do not scroll past the first page of Amazon search results when looking for a product. 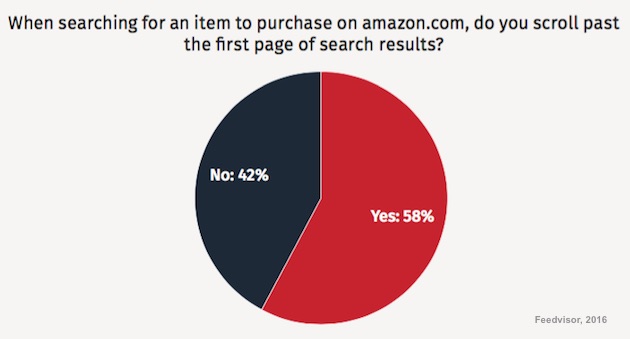 Some 59% of Amazon customers say they always read a product's description before purchasing, and 37% say they sometimes do.

A similar share (58%) say they always check the ratings of third-party sellers, and 29% say they sometimes do.

More than 90% of Amazon shoppers say they would not purchase a product with an average user rating of below three stars. 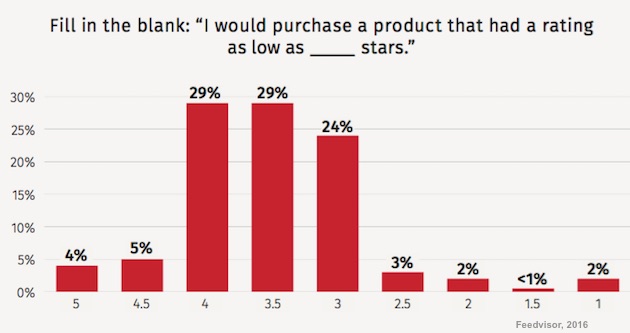 About the research: The report was based on data from a survey of 1,507 Amazon customers age 18 and older. Half of the people surveyed are Prime members and 60% are female.