Retail sales are expected to increase year over year this holiday season, according to recent research from the National Retail Federation (NRF).

The report was based on retailer data collected by NRF as well as data from a survey conducted in October 2016 of consumers in the United States.

Total retail sales for November and December are expected to increase 3.6% year over year in 2016.

That forecast is above the average of 3.4% over the seven years since the US economic recovery began in 2009. 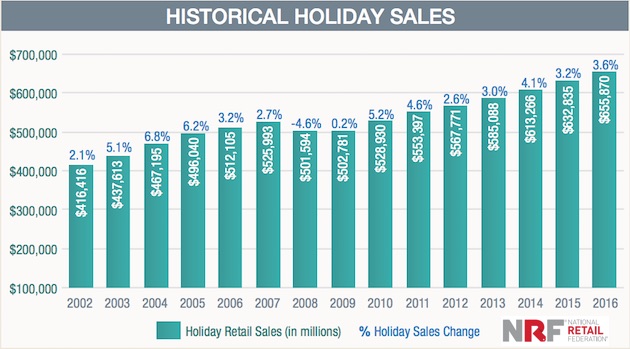 Consumers plan to spend $935.58, on average, during the holiday shopping season this year. That includes a projected spend of $588.90 per person on gifts ($460.67 on gifts to family, on average), with the rest going to items such as food, decorations, flowers, and greeting cards. 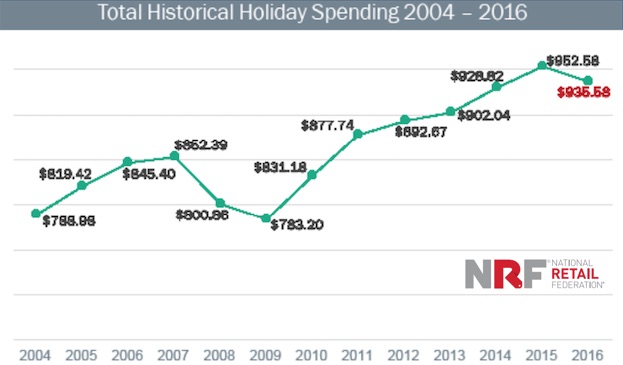 The most desired gift by consumers is gift cards/certificates (61% say they want them); clothing is second (53.5%), followed by books/CDs/video games/other media (40%) and electronics (32%). 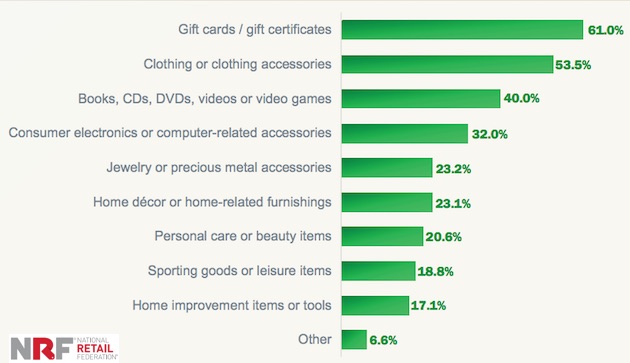 About the research: The report was based on retailer data collected by NRF as well as data from a survey conducted in October 2016 of consumers in the United States.