How Consumers Find and Use Online Reviews for Local Businesses

Some 91% of consumers say they check online reviews when evaluating local businesses, according to recent research from BrightLocal.

The report was based on data from a survey conducted in September 2016 of 1,062 adult consumers in the United States.

Half of respondents say they check online reviews of local businesses regularly, up from 33% in 2015.

Some 41% of respondents say they check reviews of local businesses occasionally, and only 9% say they never check. 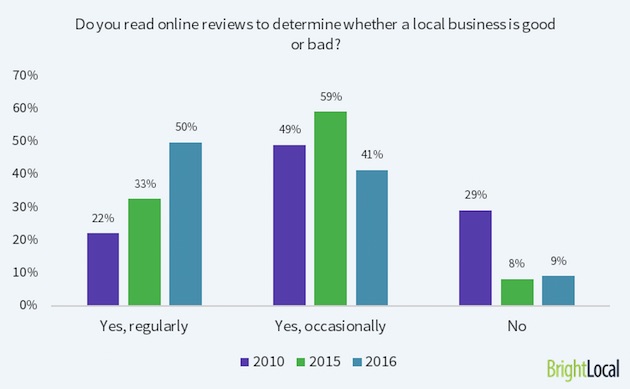 Some 63% of consumers say they typically find reviews of local businesses via search engines; 37% go directly to review websites. 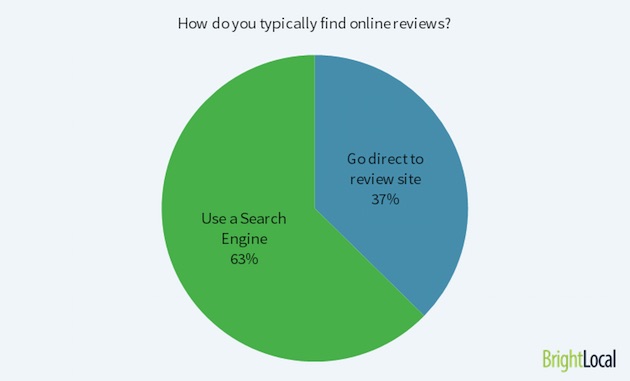 Some 90% of consumers say they read 10 reviews or fewer before they decide whether they can trust a local business; 68% of consumers read between one and six reviews to form an opinion of a business. 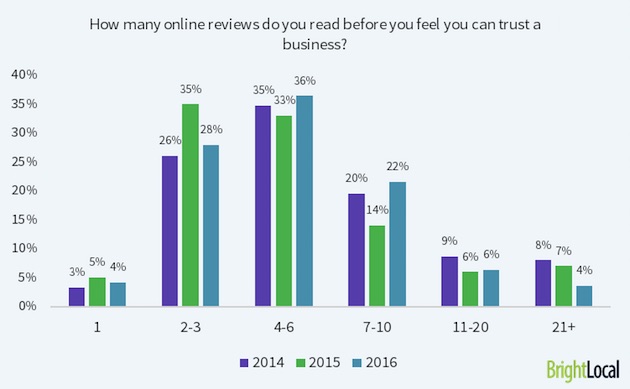 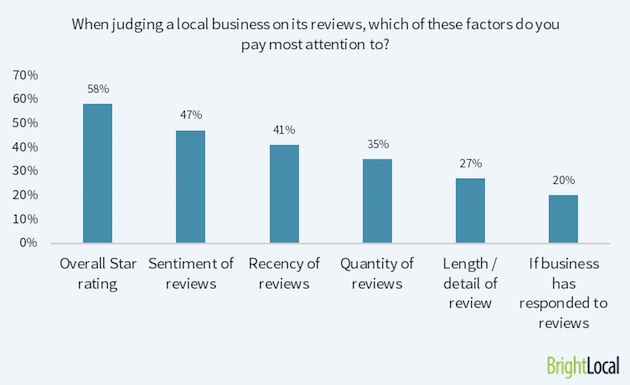 About the research: The report was based on data from a survey conducted in September 2016 of 1,062 consumers in the United States.