How Americans Use Social Media to Access News in 2017

Most Americans now use social media to get at least some of their news, according to a recent report from the Pew Research Center.

The research was based on data from a survey conducted in August 2017 among a nationally representative panel of 4,971 adults in the United States.

Some 67% of respondents say they get at least some of their news on social media, with 20% saying they do so often.

That's up slightly from 2016, when 62% of US adults reported getting news from social media.

Facebook is the social network most used for accessing news (45% of American adults view news on the platform); YouTube ranks second (18%). 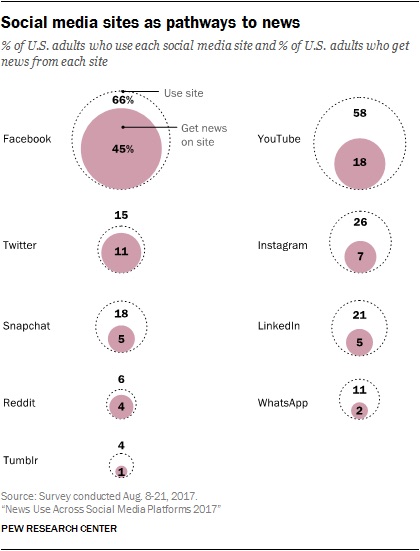 The news user bases of Facebook, LinkedIn, and YouTube include more older Americans than other networks do. 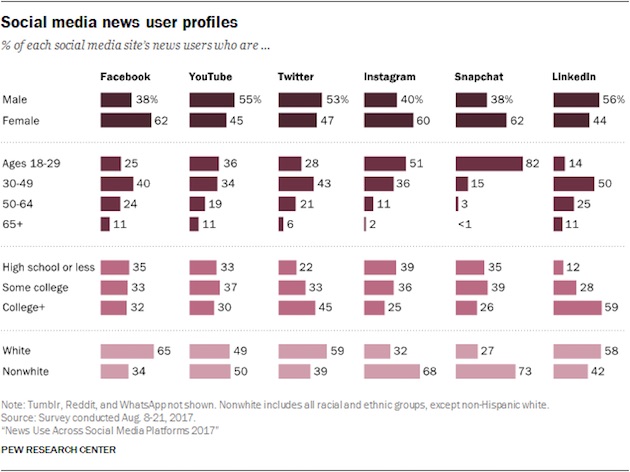 About the research: The research was based on data from a survey conducted in August 2017 among a nationally representative panel of 4,971 adults in the United States.