Why Consumers Call Out Brands on Social Media

Nearly half (46%) of consumers in the United States say they have used social media to publicly call out brands for bad behavior or poor service, according to recent research from Sprout Social.

The report was based on data conducted in July 2017 among 1,003 adults in the United States.

Younger consumers are significantly more likely to call out/complain about brands on social media than older consumers, the analysis found. 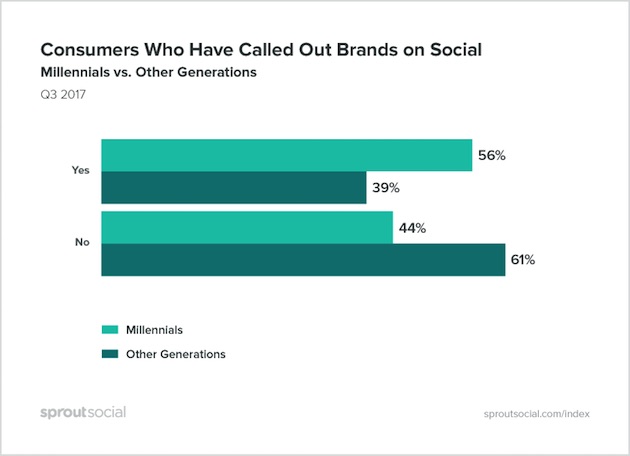 Among respondents who say they would call out a brand on social media, 60% would do so because of dishonesty, 59% because of bad customer service, and 57% because of in-person rudeness. 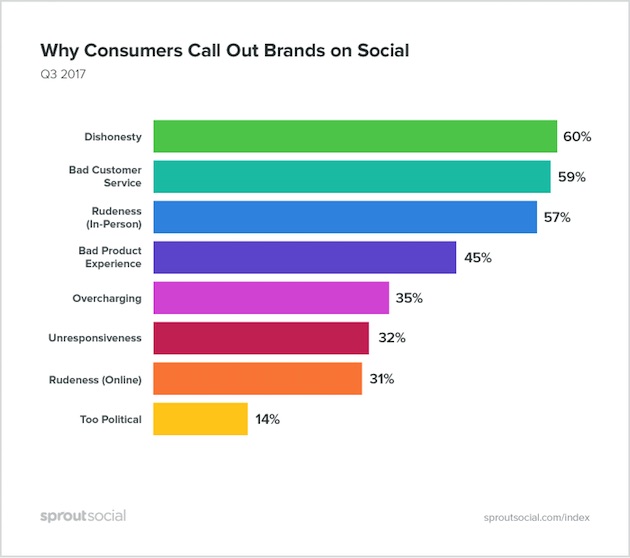 Respondents say they call out brands on social media to raise awareness with other consumers (70% do so) and to get an apology or resolution (55%). 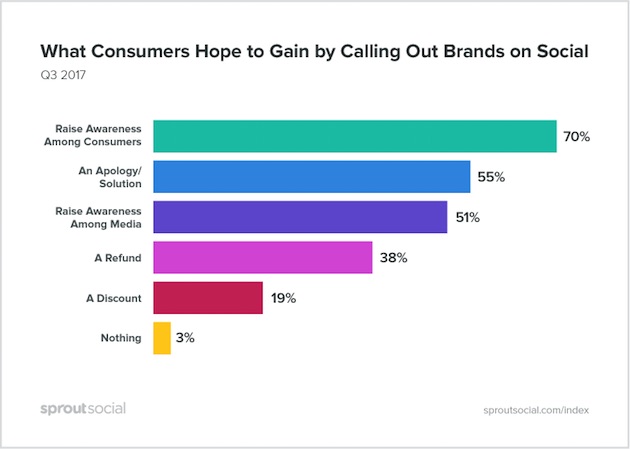 About the research: The report was based on data conducted in July 2017 among 1,003 adults in the United States.