Are These Five Marketing Buzzwords and Concepts Overhyped?

Nearly half of marketers say artificial intelligence is an overhyped idea/term, according to recent research from Resulticks.

The report was based on data from a survey conducted in September 2017 among 318 marketers in the United States. 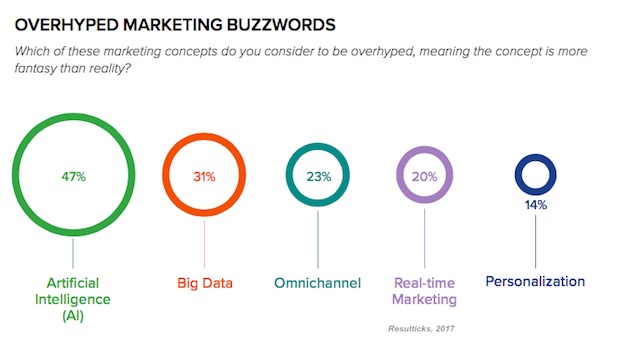 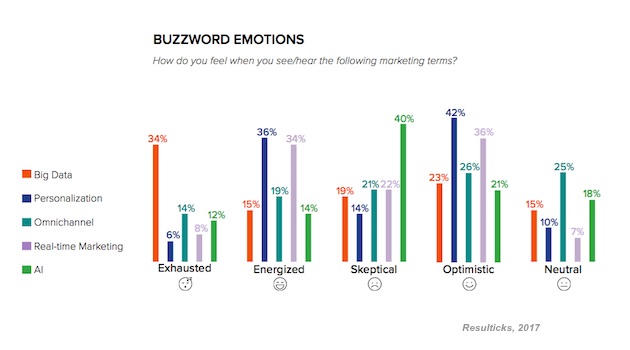 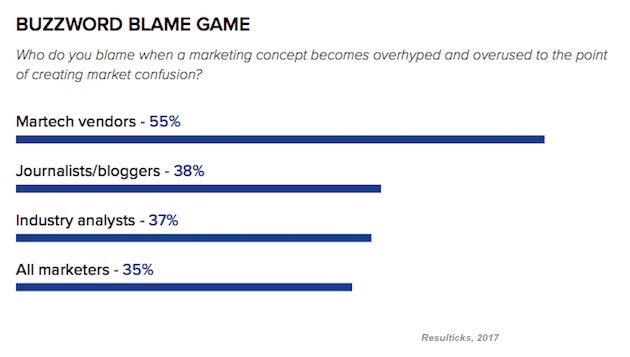 About the research: The report was based on data from a survey conducted in September 2017 among 318 marketers in the United States.