Why Content Is Getting Fewer Shares on Social Networks

The median number of shares content pieces receive on social media has fallen over the past two years due largely to increased competition, changes made by Facebook, and the rise of private sharing, according to recent research from BuzzSumo.

The report was based on an analysis of the public social shares of 100 million posts published in 2017, as well as third-party data. The researchers compared the results with data from a similar study conducted in 2015.

Increased content production by individuals and brands has correlated to fewer social shares per piece, the analysis found.

For example, as the number of content pieces related to the topic of machine-learning grew over the past two years, the average number of Twitter shares per piece on that topic steadily declined. 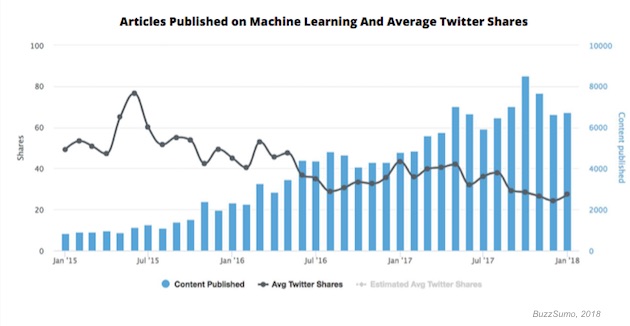 Changes Facebook made to its News Feed over the past few years—not including its 2018 changes—have significantly affected the number of shares certain types of content pieces receive, the analysis found.

For example, top BuzzFeed clickbait listicle articles received more than 2 million shares on social media before Facebook made News Feed changes in 2017. After Facebook's changes, the top posts received between 500,000 and 200,000 social shares.

The rise of messaging apps such as WhatsApp, Messenger, WeChat, and Viber has influenced the way people share content, the analysis found.

According to GetSocial research cited by BuzzSumo, "dark" shares (i.e., peer-to-peer rather than public) may now account for 65% of all social sharing. 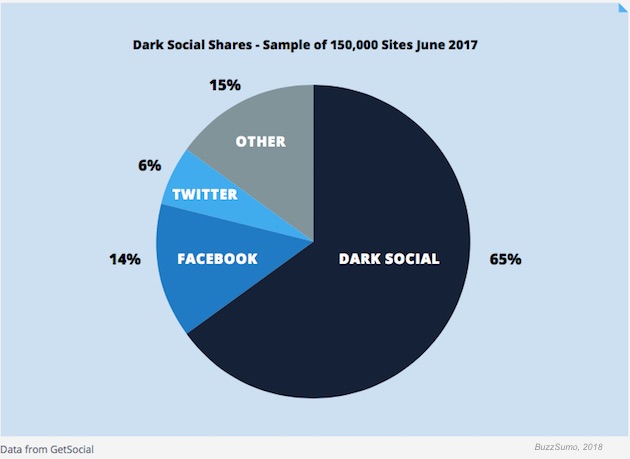 About the research: The report was based on an analysis of the public social shares of 100 million posts published in 2017, as well as third-party data. The researchers compared the results with data from a similar study conducted in 2015.