Social Media Use in 2018: Platform, Age, and Visit Trends

YouTube and Facebook are the social networks most used by adults in the United States, according to recent research from the Pew Research Center.

The report was based on data from a survey conducted in January 2018 among a nationally representative sample of 2,002 people age 18 and older living in the United States.

None of the other social platforms measured by Pew in the survey are used by more than 40% of Americans. 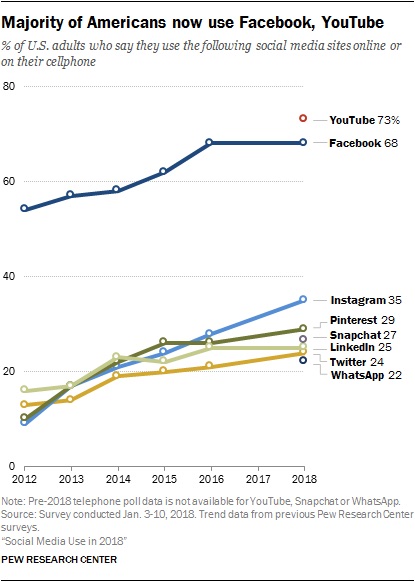 There are major differences in social media use by age, the survey found.

Americans age 18-24 are significantly more likely to use platforms such as Snapchat, Instagram, and Twitter, even compared with Americans in their mid- to late-20s. 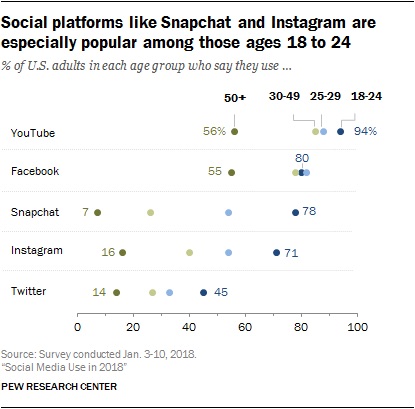 Facebook users are the most active among the social networks examined.

Some 74% of Facebook users say they visit the site daily, with 51% saying they do several times a day. 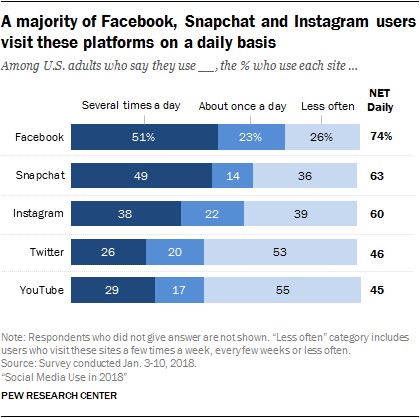 Some 73% of respondents use more than one of the eight social networks included in the survey. 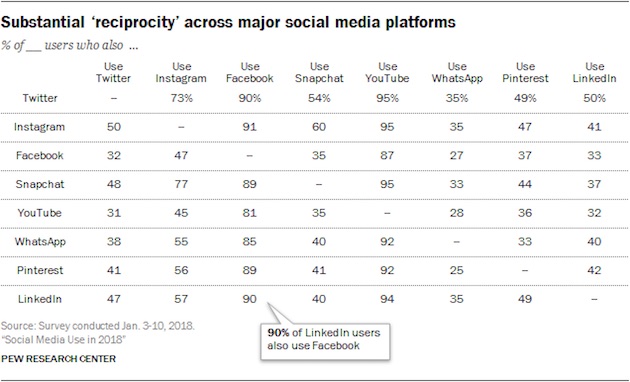 About the research: The report was based on data from a survey conducted in January 2018 among a nationally representative sample of 2,002 people age 18 and older living in the United States.