Snapchat and Instagram are the most popular social networks among American teens, according to recent research from Piper Jaffray.

The report was based on data from a survey of 6,000 teens in the United States. The average age of respondents was 16.4 years. 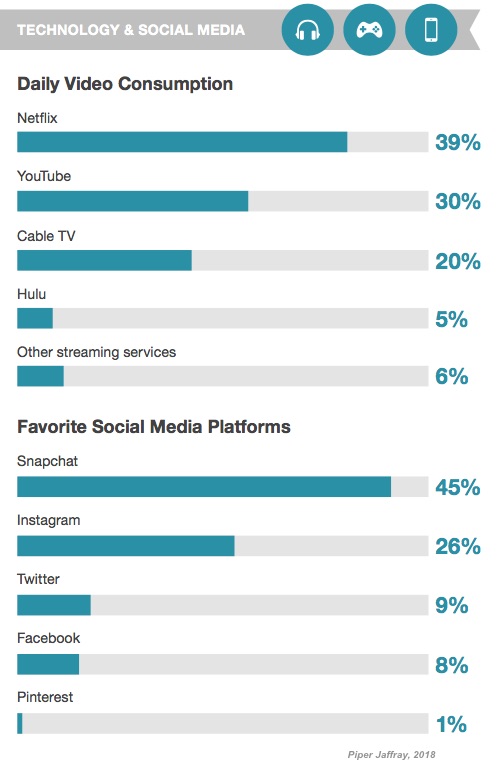 Amazon is by far their most popular shopping website. 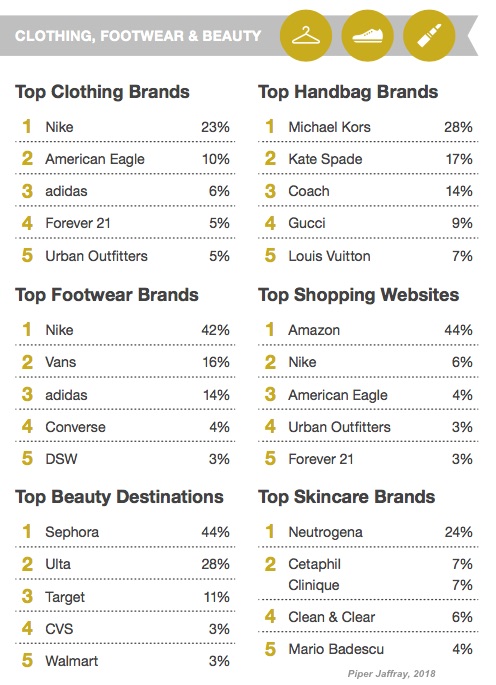 Chick-fil-A and Starbucks are the most popular restaurants with both upper-income teens and average-income teens. 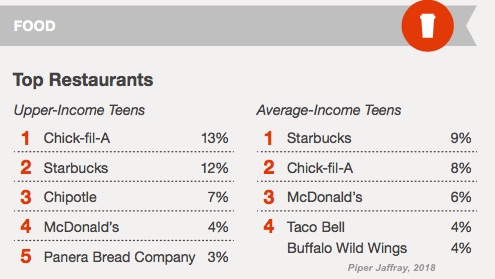 About the research: The report was based on data from a survey of 6,000 teens in the United States. The average age of respondents was 16.4 years old.