The report was based on data from 75,361,233 Instagram posts published between March 2021 and March 2022. To understand the relationship between hashtags and views, the researchers calculated the average engagement rate (likes and comments) by impressions for posts with different numbers of hashtags.

The researchers found that although hashtags are useful for categorization and discovery, they don't have a major influence on distribution. There was no significant difference in the average engagement rate by impressions for the Instagram posts analyzed, regardless of how many hashtags those posts had. 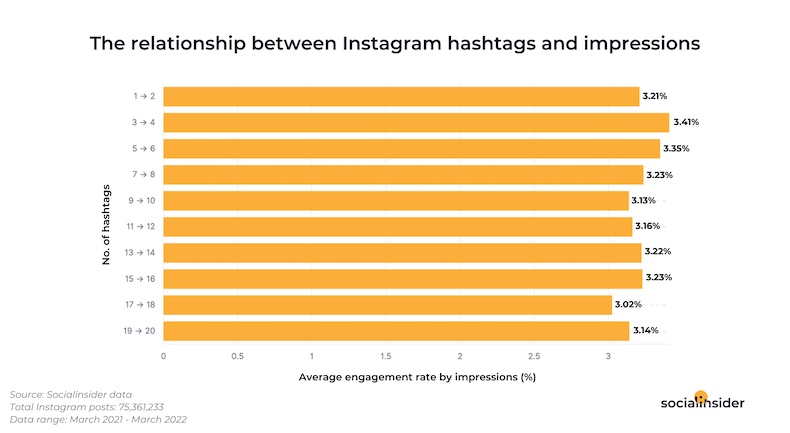 For big accounts (between 50,000 and 1 million followers), impressions peak when three or four hashtags are used, and then tend to decline after that.

For small accounts (between 5,000 and 10,000 followers), impressions peak when five or six hashtags are used, and then tend to decline.

For medium-sized accounts (between 10,000 and 50,000 followers), impressions tend to increase if five or more hashtags are used. 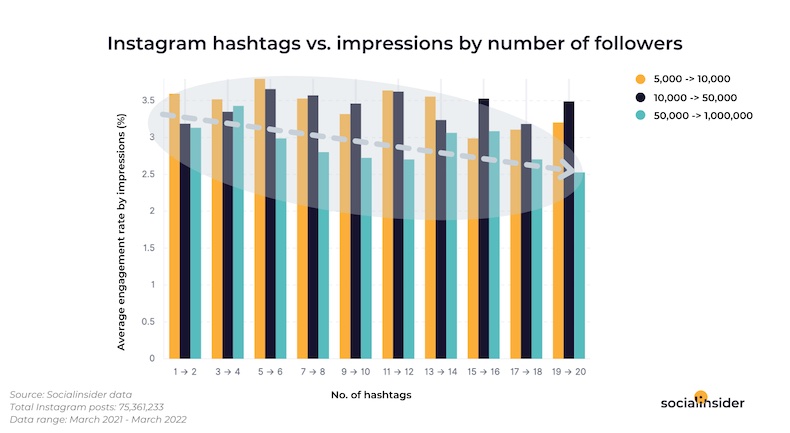