To find out, GetResponse examined nearly 7 billion emails sent by its customers in 2021. Only messages sent by active senders with more than 1,000 contacts were included in the analysis.

The researchers found emails that include personalized elements in their subject lines actually underperform nonpersonalized emails, on average. That holds true across multiple metrics, including open rate, clickthrough rate, and unsubscribe rate.

Emails that include emojis in their subject lines have a lower average open rate and clickthrough rate compared with those that do not include emojis.

Including common words in email subject lines such as "video", "infographic", and "free" tends to have a mixed impact on performance. It has a positive impact on some metrics and a negative impact on others. 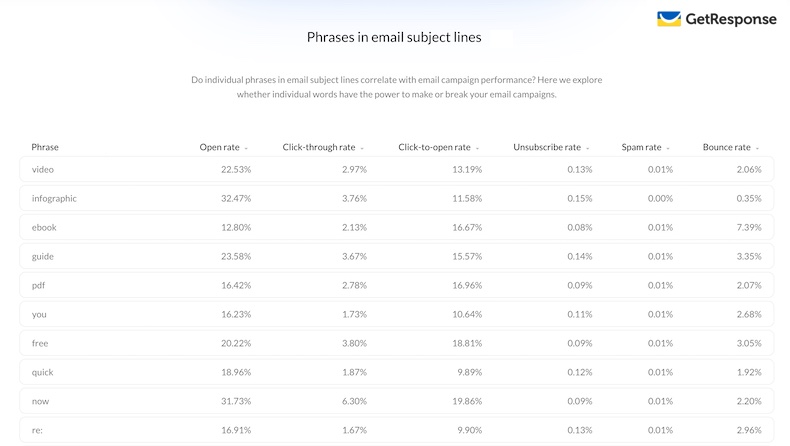 About the research: The report was based on an analysis of nearly 7 billion emails sent by GetResponse customers in 2021. Only messages sent by active senders with more than 1,000 contacts were included in the data set.