Just when you think you "get" social, it changes again. (That's part of its charm.) See two examples of subversive social culture, Facebook's plans to bring internet to the 'net-less, LinkedIn's quest for teens, Diesel's Tumblr cattle call, and—our favorite!—technology that puts CTA buttons right inside your GIFs (or other social imagery of choice). Skim to transform social into sales.

Strange bedfellows. The meme-maker's favorite activity is finding commonalities, or harmony, in things that don't go together. This week our newsfeeds were deluged with two such examples. The first, and arguably most viral, is Are They Hot Dogs or Legs? You'll never look at a Facebook vacation photo the same way again. The second is Guys with Fancy Lady Hair. It is exactly what it sounds like... and more. So much more. Today's lesson from the internet culture overlords: juxtapose. Put things together that shouldn't normally work. It'll get ideas flowing... and you might find a concept there that's greater than its parts. 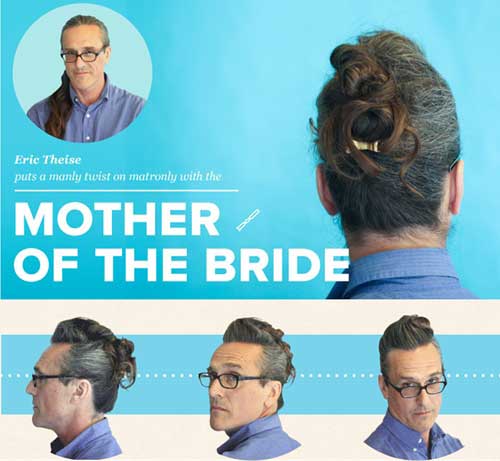 Touch and play. ThingLink is a truly magical service that enables you to put buttons in your social media imagery. Use them to drive people to a video, a social page, a note, some music, or a purchase. To wit: Britney Spears used ThingLink to tease her latest video with a shareable collage of GIFs on Twitter... with links to buy her song. That's a lot of media packed into 140 characters:

24 hours! A few sneak peek GIFts I had the Smurfs make for me... ;) https://t.co/U0Swyfvzu4 #OohLaLaTomorrow

Internet for the masses. Facebook is working with Samsung Electronics and Qualcomm to bring internet access to the 5 billion people worldwide who don't have it. The mobile-based project is called Internet.org. Mark Zuckerberg wouldn't reveal what it would cost, but he did impart his big hopes and dreams (and it isn't about Buzzfeed access for all): "They're going to use it to decide what kind of governments they want, get access to healthcare for the first time ever, connect with family hundreds of miles away that they haven't seen in decades."

Elsewhere in the universe of the 'Book, Zuckerberg's page was hacked by researcher Khalil Shreateh to show Zuck, once and for all, that there was a bug in Facebook that needed fixing. The bug was promptly fixed, but not before the hacker made a name for himself in the annals of legend.

Reblogging for fashion. WWD recounts how Diesel populated ads for its fall campaign "Reboot" with people found on Tumblr. "I wanted the campaign to showcase a variety of characters, people who are beautiful in their own unique way," said artistic director Nicola Formichetti. The ads feature 20 people of diverse backgrounds and looks, and you can catch them in the Vogue September issue. Fashion's just been socialized. 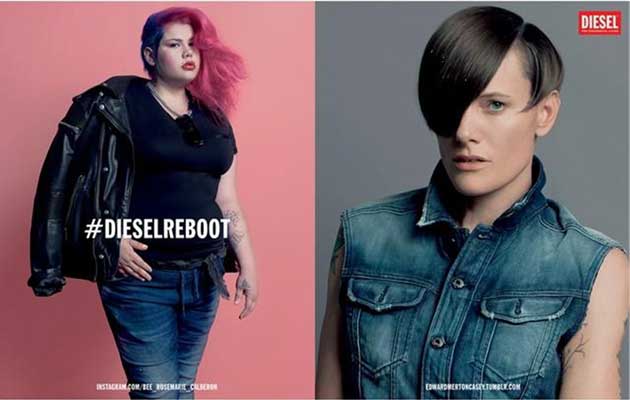 Recruiting fresh LinkedIn blood. On September 12, LinkedIn will lower its age limit from 18 to a tender 14 in the US, Canada, Spain, and Germany; certain countries will even be lowered to 13. The idea is to poach the college-bound market while it's young. To welcome its newcomers, LinkedIn's sharing previews of a select few university pages. They'll offer campus news, financial aid facts, photos, and career-path help.

Meet me on Hollywood and Vines. Apartment rental service Airbnb hopes to author the first-ever film created entirely with Vine videos... but it'll need help from fans. Hollywood & Vines is a call for Viners to share videos about their travels. The best ones will be put into a whimsical coming-of-age movie, which debuts on the Sundance Channel in September. A crowdsourced smartphone-made movie, debuting on television. UGC's come a long way, eh?

Build yourself a tribe. Tidal Labs' Matt Myers provides seven steps for community-driven content. Some of the low-hanging fruit: define an editorial vision, pick a publishing platform (you'd be surprised how many people overlook this), and cross-promote across other media. Your community—and contributors—will thank you for it.

Follow the leader. Spotify's working with brands on the creation of a Twitter-like "Follow" that would enable brands to share playlists and other activity with their followers. It's also working on how to enhance ad targeting beyond age, gender, or geolocation—better equipping advertisers to target users by music genre or artists.

A blue box that means more than diamonds. Who's better at Facebook engagement—Tiffany's or Wal-Mart? The luxury jeweler's posted just 186 times and averages 28,741 fan actions per post. Meanwhile, Wal-Mart—which has posted 1,034 times—attracts a comparatively paltry 11,461 fan actions. But that's not its fault (necessarily): Luxury brands perform highest in total fan engagement, thanks to their strong product imagery (often inspired by pop culture).

Hello from your inbox! Microsoft's announced Skype for Outlook.com, which gives you access to Skype via Outlook.com when you merge your Microsoft and Skype accounts. Well, that'll definitely bring more teleconferences into this world.

Twitter use outpaces social growth. The Pew Internet & American Life report finds that 18% of all online US adults now use Twitter, up from 8% in 2010. This means it's outstripped social user growth in the US: 72% of US adults now use social networks, up from 61% in November 2010. What have you tweeted lately?

Let's wrap with something a little girly. For season 3 of "Girls," HBO's released a trailer composed entirely of Instagram photos. It's as gritty as you'd expect a skim through a 20-something's Instagram to be, but that's part of its charm: what makes "Girls" work is its refusal to glamorize its heroines, an authenticity that permeates its marketing. In a social world, you couldn't ask for better production values.