Talk about a busy week in social business! Score a handy new trend-brainstorming tool. Find out how Instagram is making high-quality visuals easier to produce and share. Get tips on how to optimize Twitter tracking and shares. And see how Apple plans to change the way we work... again. Skim to stay in tune.

You can delete some of those apps now. Apple's announced iOS8, its new operating system for iPhones and iPads. In the near future, your phone will natively do things you currently rely on apps to do (here's a whole list of "apps Apple killed"). Notably: send self-destructing text messages, like in Snapchat (with a one-hour minimum); iCloud looks more like Dropbox (shown below), making it more practical for on-the-go workers; make calls over Wi-Fi à la Skype; annotate images like in Skitch; install different keyboards (a potential marketing opportunity); and ask Siri what song you're listening to (like Shazam). More features here. 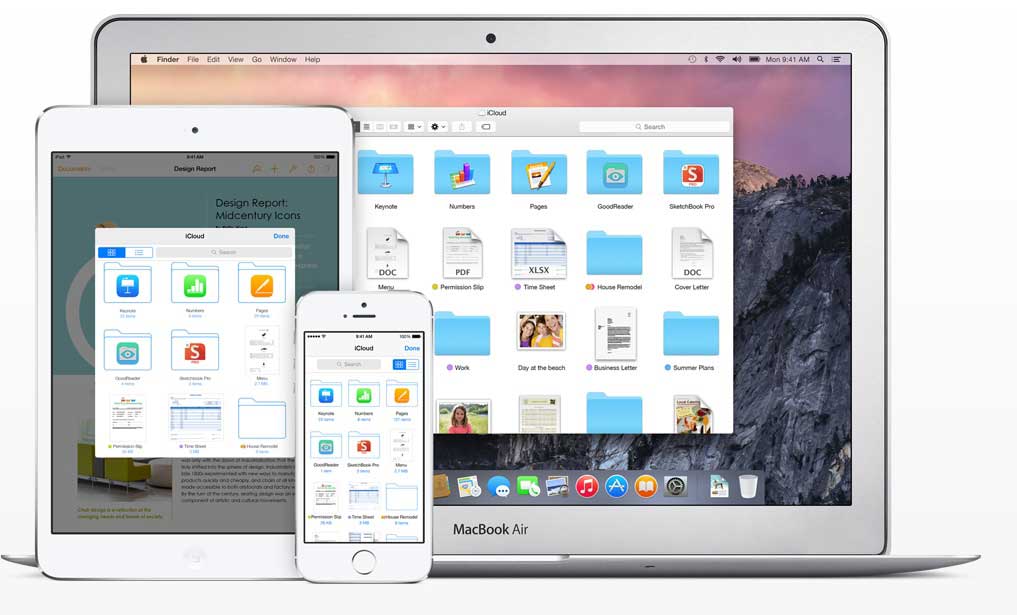 A little value's what you need. You've heard repeatedly that social marketing is more about adding value than finding interruptive new ways to advertise. Case in point: French water brand Vittel realized that people don't drink enough water, so it created a cap that reminds you to take a sip every hour. It's basically a tiny screw-top egg timer, but the idea is so resonant that over 150,000 people have watched the video since its launch two weeks ago. It's brand-relevant, easy to integrate into people's lives, and profits from the fact that everyone appreciates a "life hack." Honorable mention: Coca-Cola's plastic recycling campaign, which has nearly 600,000 views.

Who's taking a Lion home? As Cannes Lions draws near, the Gunn Report's rounded up 20 films that comprise the best in advertising over the past year. Vote for the prize you think each will win; the top scorer gets a one-year subscription. This is a good chance to review inspiring work that generated social attention, like Volvo's "The Epic Split" and viral darling Old Spice's "Momsong" (below, with 8.7 million views!).

Facebook's redesign: now available everywhere. From here on out, all business pages get access to Facebook's redesign, which provides a cleaner user experience and easier access to functionalities such as adjusting section placements and a "Send Feedback" link. For the complete skinny, check out Facebook's five questions about the update. 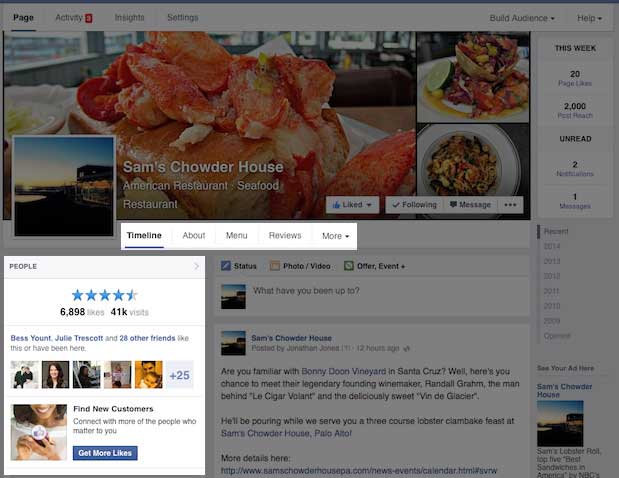 How to turn a viewer into a buyer? In "the coming weeks," Facebook plans to include new video ad features. People who work with a Facebook account rep will be able to create groups of "audiences" who've already watched their videos, making it easier to target them directly and convert them. Second, advertisers can create calls to action to drive people to a destination of choice, such as a dedicated page, after watching a video (shown below). Finally, advertisers will be able to control message frequency and will have the ability to "predictably" reach a significant number of users. Sounds like YouTube the way you always wanted it... on the platform people visit most often. 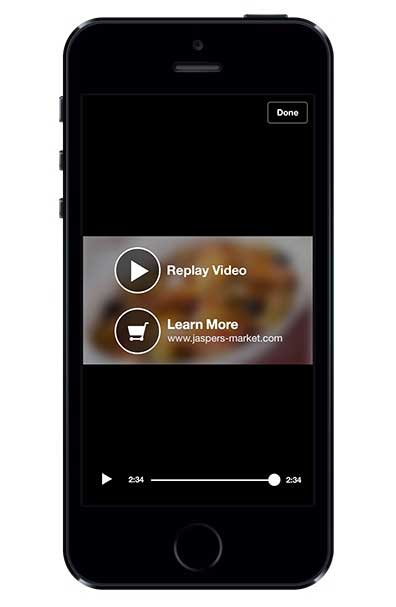 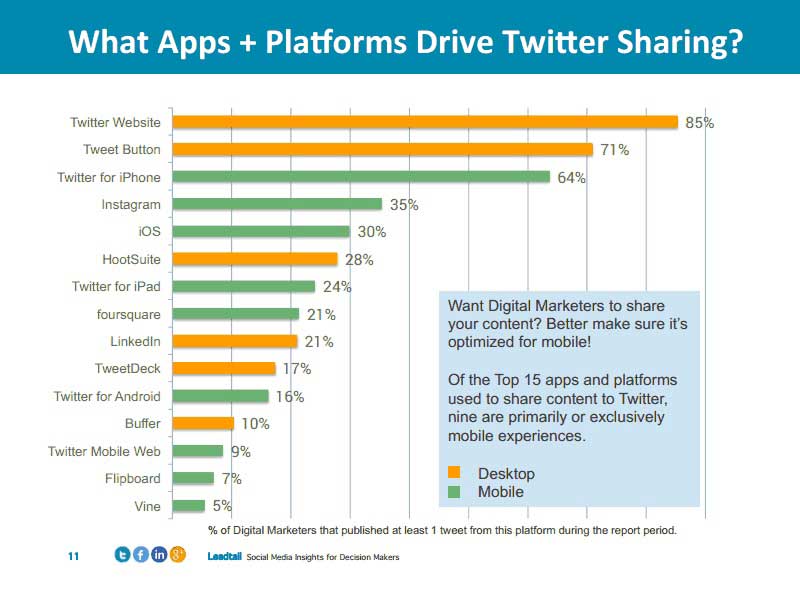 Need good content to share? Speaking of sharing, it can take hours to trawl for great finds for Twitter, but a new Hootsuite feature recommends content to you, based on posts you've already created on social media. Once your content is scanned, it'll suggest ideal content categories, then produce a calendar with matching content that you can double-check and set to publish automatically at different times. All you have to do is engage users in-between. Curation just got way easier.

More on making the most out of Twitter. Here are eight types of Twitter cards (ways to add media or calls to action to your tweets) that businesses use most, plus how to install them, and analytics options. The summary card—which provides a summary of a page within your tweet (see below for example)—is heavily used, as are photo and gallery cards. Also, We Are Curve provides seven metrics to better track your progress on Twitter, plus how to calculate them. You probably know about "average engagement per tweet," but are you tracking your "follower change rate"?

If you have a global audience, @Google's tips for internationalizing homepages is worth reading: https://t.co/muSOLxBLEd

Get to know the Consumer Trend Canvas. Social strategy is 90% about finding clever ways to organize your ideas without losing the thread. The Consumer Trend Canvas, created by TrendWatching, is a printable document that makes it easy to analyze a trend (say, how-to videos on Vine), decide whether it can serve your business, and figure out how to incorporate it while keeping customers central to the experience. We keep a copy within grabbing-distance at all times... because you never know when inspiration may need a hand. 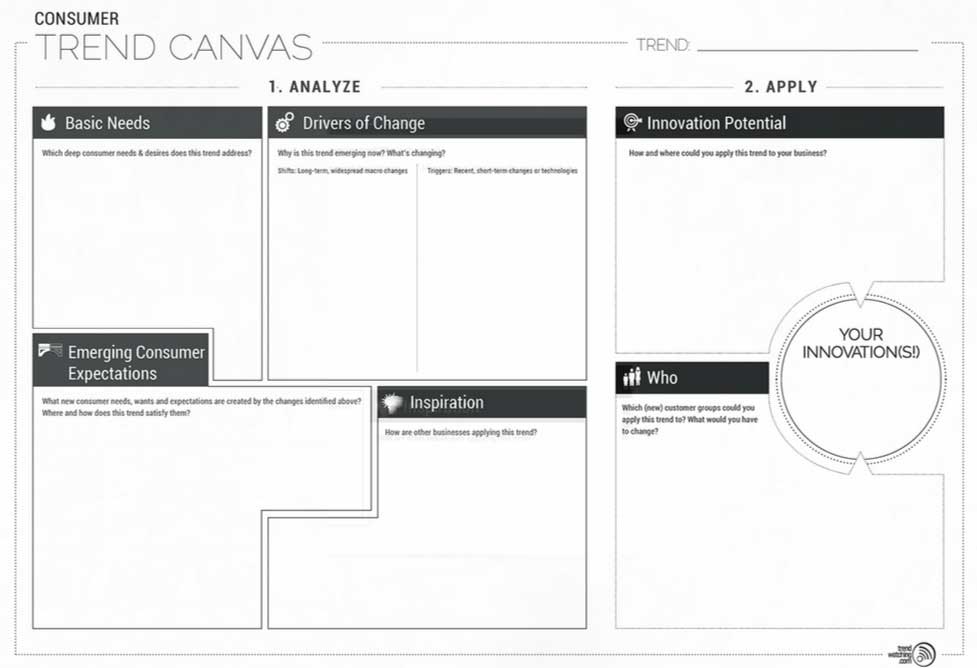 Say hello to your new LinkedIn. LinkedIn's redesigned its profile pages to include cover photos, an easier reading experience, and big profile images. The catch? Paying users get it first. But the good news is that they've introduced a more affordable premium membership, at just $10 a month (versus fees that previously ranged from $30 to $440!). How much will you pay to fancy up your professional identity?

How to advertise to a Pinterest user? Illustrator Carlos Monteiro created an infographic about Pinterest users, based on a consumption study produced by Ahalogy. It's packed with useful knowledge—like how 38% of active users bought something because they saw it on Pinterest, and 64% of daily users try a new activity they saw on Pinterest at least once a month. That makes Pinterest a useful vehicle for introducing new products, services... and habits. Get rollin'! 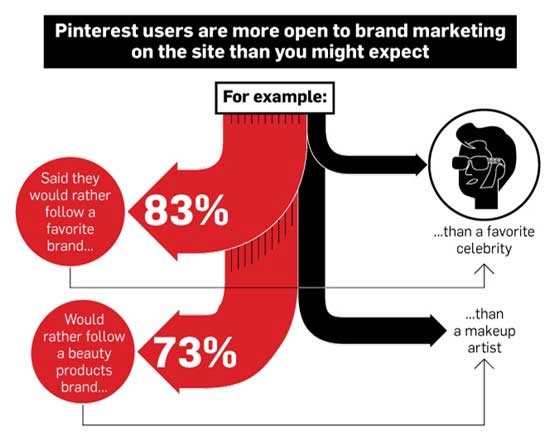 Insta: now more pro. Instagram 6.0 will include features that may actually attract pro photographers, such as sliders to control photo effects and filter intensity. You can also sharpen images, add vignettes, or remove shadows. No more separate editing apps! Your production values just went way up.

Speaking of Insta, Nitrogram's given us the top growing brands on the platform as of May 2014. 9GAG's at the head of the pack with almost 450,000 new followers, followed by National Geographic, Nike, and NASA. Four brands also made it into the hallowed one-million-followers level, which now totals 52 members. These Olympian enterprises include Victoria's Secret, Forever 21, and The Ellen Show. 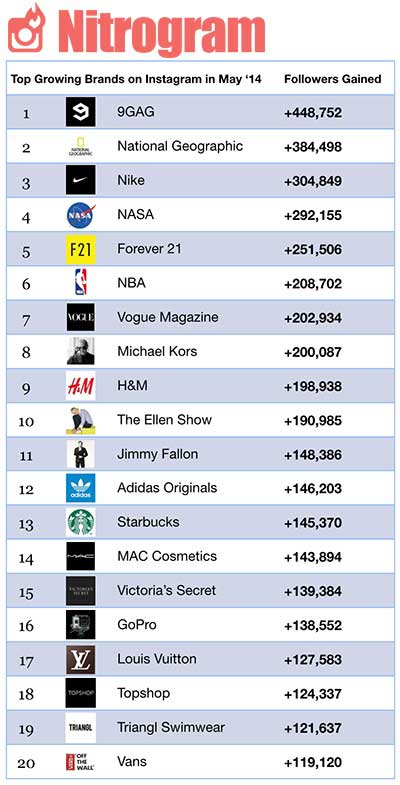 We'll wrap with a branding manifesto. Guy Kawasaki's presentation on the art of branding explains the subject simply and beautifully. Our two favorite pieces of advice: choose a single message, and speak in a way that's easy to understand. But there's a lot of great advice in here, reinforced by elegant visuals. Think of it as a social digestive.