Score Vice's playbook on engagement, get the latest (surprising) news on messaging app Yo, learn about the top 10 most influential content producers on LinkedIn, and find out what reading level most tweets are written in. Ready to jump in? Skim for stability.

The day Germany trounced Brazil. Following a stunning 7-1 win on July 8 by the German soccer team in the World Cup semifinals, German radio station Radio Bayern 3 posted a 10-second ad that illustrates what happened that night (a game so shattering that it generated a record 66 million Facebook interactions and 35.6 million tweets.) The world collectively winced for Brazil (and its cocktails). At 6.2 million views, the ad's trending in third place on the Viral Video Charts, behind Always' #LikeAGirl (No. 2) and Shakira's "La La La" (No. 1), the official 2014 World Cup song.

Barbie wants to add you as a contact. Barbie's joined LinkedIn to share her 150-career (!) legacy while helping female entrepreneurs with inspiring tips. Her on-site iteration is Entrepreneur Barbie, whose official job title is "Dream Incubator": "I act as a consultant, helping girls around the world play out their imagination, try on different careers, and explore the world around them." Why couldn't Barbie have told us about that career sooner? If you're interested in her resume, BuzzFeed's got it. It's more than two pages, and she's been a Presidential candidate at least three times. 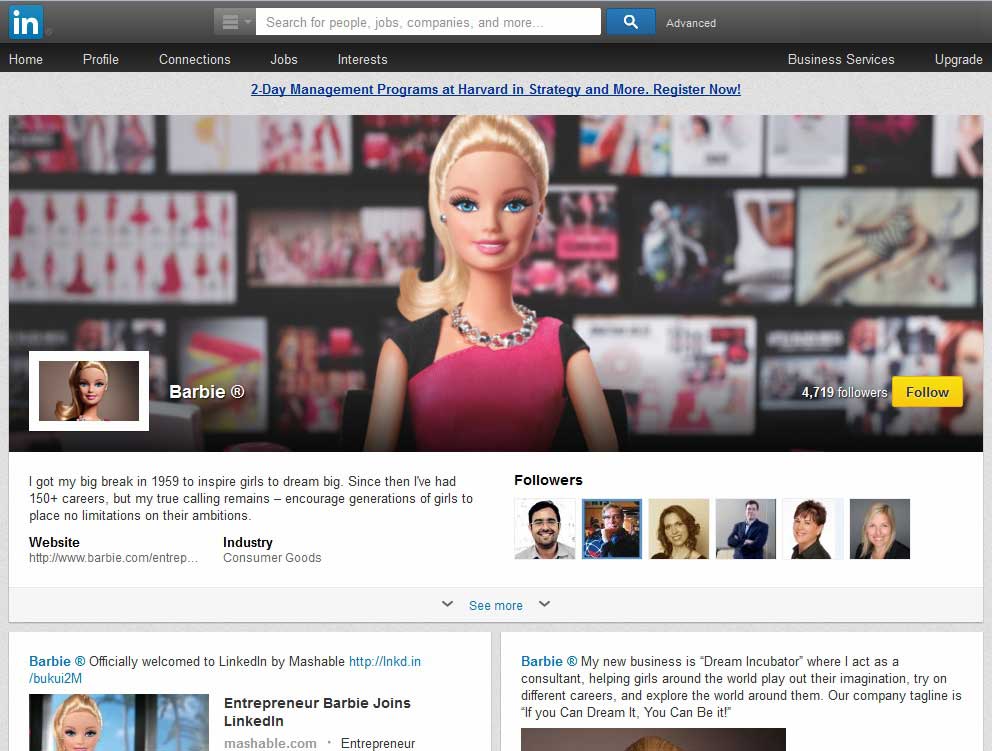 Why say more when you can Yo? In the category of unlikely phenomena, meet Yo , an app that (literally) does nothing more than let you select one person, or a group, and send them a single message: Yo. (Some see it as the future of push notification.) Last month it appeared in the App Store Top 10 in over a dozen countries, and it has raised $1.5 million in funding. Despite its constraints, people are inventing surprising uses for it that may inspire you: IFTTT created a dedicated Yo channel to link the app to other gadgets and services, whereby people have already enabled Yo to control home lighting, provide server downtime notifications, or bookmark songs for listening later. 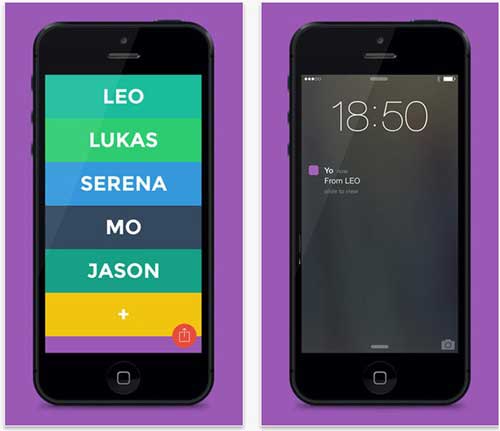 More recently, Yo's been adapted to work with Red Alert, an app that warns users about rocket, mortar, and missile attacks in Israel. Now Yo provides these same notifications to a wider user base—just in time for rising Israeli-Palestinian conflict. (No word on whether the other side in that asymmetrical conflict is also making use of Yo.)

Mercedes wants you—on Instagram. In a charming attempt at a coup to crack the Millennial generation, Mercedes is partnering with Instagram influencers—all of whom boast follower-counts larger than its own—to plug its GLA. Each influencer, plus brand ambassadors Rickie Fowler (golfer) and Pei Ketron (travel photographer), was given a GLA for a road trip, documented on Instagram. The resulting photos are original and in line with the Mercedes identity—an uneasy balance that works well here. A good example is how each Instagrammer kicked off his/her trip with a photo of the items each planned to bring along, lovingly arranged on a Mercedes floormat. Way to win the Instagrammers. More on the campaign at Digiday.

Reading user sentiment: still a human game. Research from Synapsify finds that 89% of marketers still rely on manual analysis to gauge consumer sentiment based on content written online, such as comments, reviews, emails, and social media posts. Over half (59%) conduct manual analysis because they feel software programs are incomplete, 21% because they can't afford the technology tools, and 11% because they don't trust the accuracy of current tools. Their biggest challenges? Too much to read, plus signal-to-noise issues. Ayaz Nanji has the breakdown. 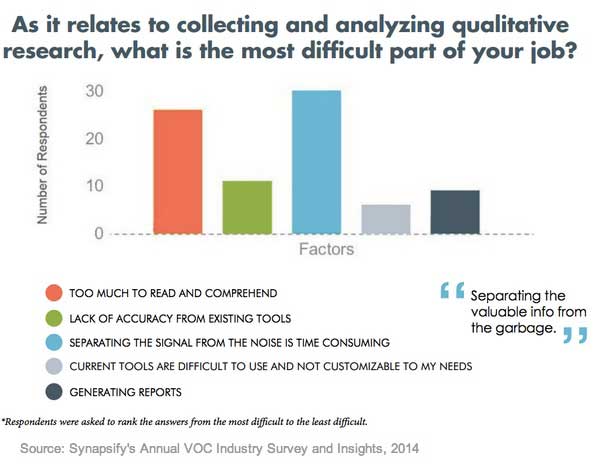 Are you smarter than a fourth-grader? TIME analyzed one million public tweets and found that over one-third (33%) are written at a fourth-grade reading level, including those by celebrities the likes of Justin Bieber, Rihanna, and Kanye West (surprise!). The article includes a test to gauge the reading level of your account. @marketingprofs clocks in at 7th-grade—which is good news in our opinion, since that's usually the year To Kill a Mockingbird is introduced. Talk about good company. 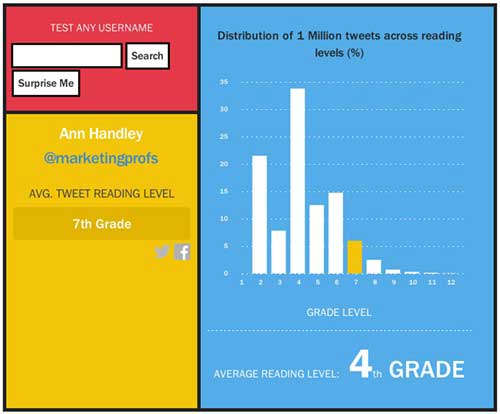 Have a good summer—on Facebook! Facebook's released tips on how to ensure your engagement stays high over the summer: Take advantage of summer sales, personalize your creative, and think about how needs change during travel periods, among other things. Advice is buttressed with findings that show News Feed chatter is rising each summer, especially for terms like "ice cream," "sun," and "travel." 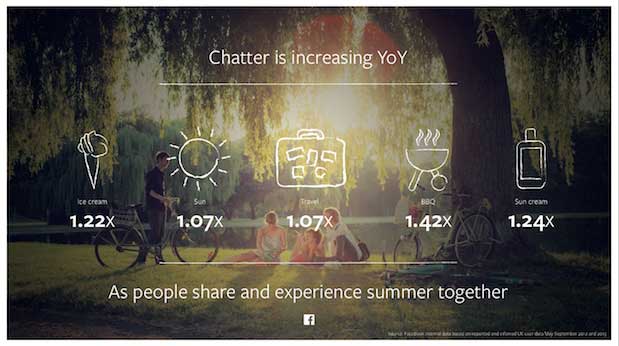 How World Cup sponsors are doing. Compared with nonsponsors trying to ride the wave, they're doing overwhelmingly better, per research from Mattr. The only nonofficial sponsor able to outdo its sponsor competitor in FIFA-related buzz was Nike, for which 16% of engagement came from FIFA chat, versus sponsor Adidas, which got 15.5%. Some nonsponsor underdogs included Snickers, which took advantage of Luis Suarez's biting an Italy player; and Beats, which still outdid sponsor Sony as a trending hashtag.

Don't get overconfident, though: FIFA is cracking down on nonsponsor brands trying to take advantage of World Cup engagement, so if you're not a sponsor, avoid the use of World Cup images, logos, pictures of games, and—to stay safe—even the words "FIFA World Cup" in commercial messages.

Who wins content on LinkedIn? Forbes, according to a LinkedIn report that analyzes its top 10 most influential brands for content. Other members of the top 10 are also media outlets as well as tech companies, including Inc., Microsoft, Financial Times, Mashable, HP, Salesforce and IBM. LinkedIn also provided breakdowns for 16 countries, yielding occasionally surprising frontrunners: Shell and Philips, for example, are tops in the Netherlands, while Red Bull rules Austria. See the full infographic. 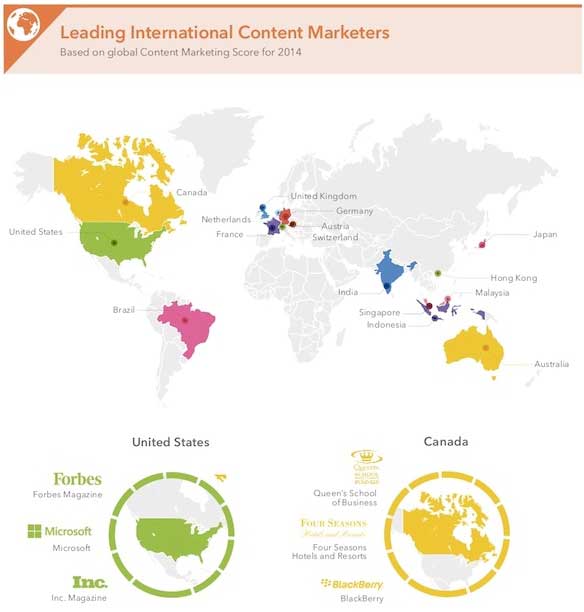 We'll wrap with a golden oldie: How Vice does engagement. Vice has repeatedly stated its intentions to revolutionize news. In June 2013, CEO Shane Smith talked to Google about its engagement strategy. The video is a masterclass in how a magazine transformed into a cross-platform media powerhouse, but the article also includes timely advice: "Now we know engagement is the most important thing. Who cares about hits? Who cares about pageviews?" says Smith. "You care about a user being engaged for a duration of time—not just to monetize, but because it's a good user experience." This philosophy informs its content decisions as it spreads both online and on TV (Vice is now also an HBO series). "It took 10 years to get to a million copies of the magazine and...one year to get to 10 million views. We realized the scale that you can have online is exponentially bigger than traditional media." Here's to the new world order.