See how the 'Net and brands celebrated Robin Williams's colorful life. Find out how many marketers have dived into Promoted Tweets, what online challenge is going viral, and how YouTube and LinkedIn plan to cozy up (even more!) to businesses. Skim for your weekly fix.

Saying goodbye to Robin Williams. The actor, 63, died in his home, and our feeds are replete with tributes to him. The Academy's tweet generated the most traction, with the simple phrase "Genie, you're free" and a picture of Aladdin giving a goodbye hug to the genie—the character voiced and largely improvised by Robin Williams—after freeing him by using his last wish. Apple memorialized him with a rare change to its homepage, Conan remembered him in high spirits on his show, and the Broadway cast of "Aladdin" performed a tribute. Other tweets from famous brands and faces, including Disney and President Obama, appear here.

How not to ride the sad train. PR group Edelman was criticized for using Williams's suicide as an opportunity to teach PR to organizations that could have profited from the "depression" aspect of his death. It's since apologized. ABC News also got flak for promoting aerial shots of Williams's home at the same time as announcing his death and mentioning his family's request for privacy. Pro tip: Avoid sensationalizing or building on grief; it never ends well. Here's one last Robin Williams tribute, a GIF from artist Dan Meth, just because we can:

Cheerios teaches us #Howtodad. Hot on the viral video charts is Cheerios' #Howtodad, which recasts fathers in advertising from bumbling and bewildered to energetic, do-all rockstars. As he preps his kids and pops coffee into the mom's hand, this dad proclaims, "Being awesome isn't about breaking rules, it's about making them." It's a fresh iteration in Cheerios' ongoing efforts to reposition families with a spotlight on both parents and parenting, no less revolutionary than the General Mills brand's Super Bowl depiction of Gracie and her loving mixed-race family.

Now trending: the #IceBucketChallenge. In the last year we've seen a rash of dares viralize social media, but this one draws attention to a good cause. In support of finding a cure for ALS , celebs, politicians, sports stars, and users are engaging in the #IceBucketChallenge, where you pour a bucket of ice water over your head and challenge others to do the same and/or make an ALS donation within 24 hours. Even Mark Zuckerberg joined in! Read more on the challenge's marketing clout from Digiday.

Crafting the "perfect" Facebook post. TrackMaven's made an infographic with tips for ensuring your posts generate the most reach and engagement possible. Examples: Posts with 80+ words get great engagement; also, shoot to publish after the workday. 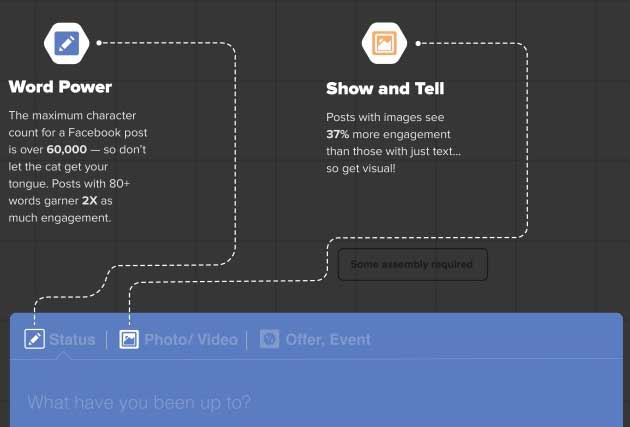 See how your Facebook ads fare across devices. Facebook's launched cross-device measurement, which shows you how well your ads are doing on devices like Android, iPad, iPhone, iPod, or desktops. Per Facebook, of those who showed interest in a mobile ad, "over 32% converted on desktop within 28 days." (Notably, 20% of young UK-based shoppers have made a purchase via Facebook, versus 9% on Twitter.) Extra credit: Check out these trend stats on Facebook-based customer service. 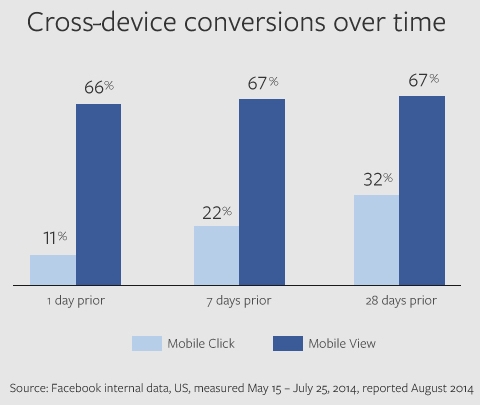 Share videos on Twitter. Twitter's launched Promoted Video, which lets marketers upload and distribute videos via tweet. Brands can opt to be charged only when users hit "play" (versus when they see the tweet). It's still in beta, but Twitter's promised "robust" analytics, including "completion percentage" (how far along people got in the video) and organic vs. paid video views.

How many online marketers use Promoted Tweets? 79% in 2014, per RBC and AdAge, up from 44% last year. However, AdParlor notes that marketers are paying more in June for clicks and engagement than they were in January; in six months, CPC's risen from $0.10 to $0.29. 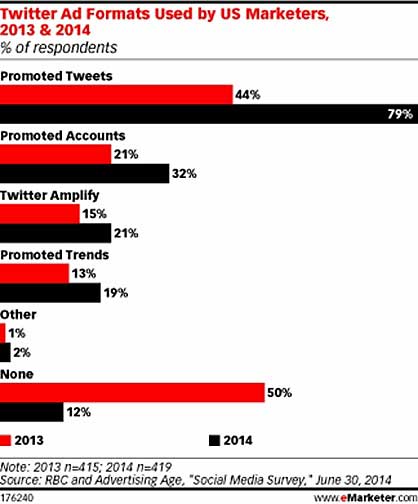 In other bluebird-related news, Twitter may soon introduce shopping services. A few Android users noticed a new setting for "payment and shipping" within their Twitter apps. Watch this space.

YouTube goes big on TV. Now you can be on TV without having to pay the big bucks: YouTube's redesigned its TV app to make it easier to watch videos on the big screen. A new left-hand guide shows channels you're subscribed to, making toggling from channel to channel more intuitive, the way you'd do it on your TV. The update's already rolled out on Xbox One and will appear on other devices in the next few weeks.

Introducing LinkedIn Sales Navigator. LinkedIn is launching Sales Navigator to help professionals make better connections with buyers without having to do "cold outreach"—the social version of a cold call. New features: LinkedIn will show users other professionals related to the person they're looking at, and provide advanced search and customer management features integrated with Salesforce and Microsoft Dynamics. You can also opt to have the activity of potential accounts appear in a special feed. 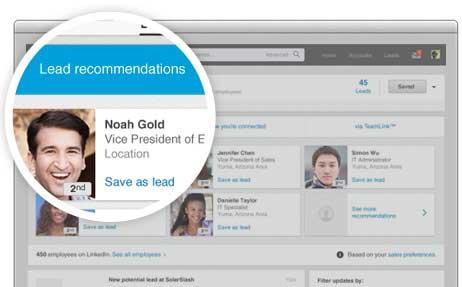 The social life of the app-addicted teen. Rise, shine, smartphone. A TeenSafe infographic shows how teens incorporate apps into their everyday lives, morning to night. Your next #Instastrategy might involve helping them pick outfits. 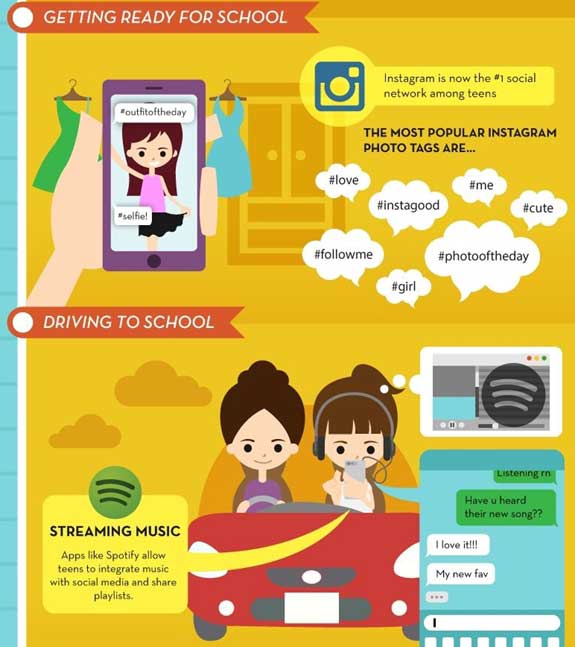 Speaking of helping teens get ready, Project Runway's launched #Instarunway, which encourages users to Instagram selfies of their favorite future-inspired retro looks, using the hashtag. Top looks appear on a feed on a dedicated page. Every day, we grow closer to the future as depicted in "Clueless." 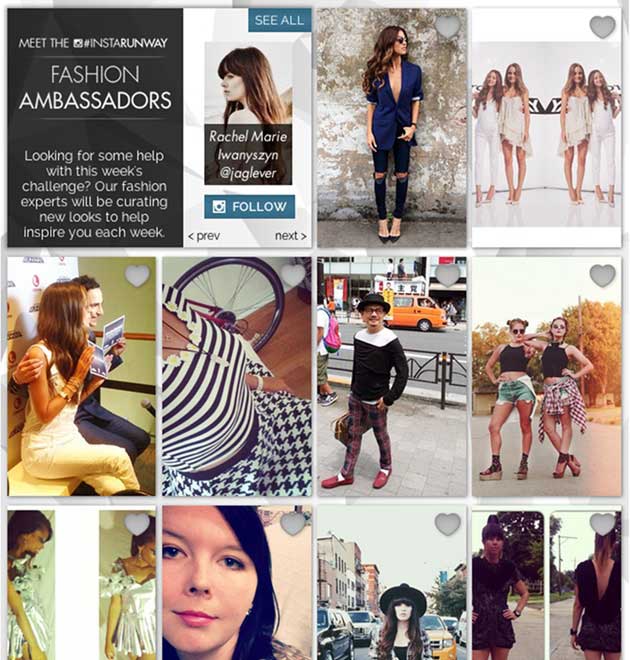 We'll wrap with something cute and only mildly creepy. The Pet Collective, which produces and publishes content related to pets, recreated the "50 Shades of Grey" trailer with kittens. Compare and contrast with the original film trailer, which sadly features way less fur and yarn.