Brands responded to 67% of the questions posted to their Facebook Pages by consumers in the second quarter of 2014, according to a recent report from Socialbakers.

However, 87% of the brands examined in 2Q14 had their Walls closed to comments, up 2% from 1Q14, indicating that many companies still remain wary of providing customer service via Facebook.

Below, key findings from the report, which was based on 2Q14 data from 54,000 Facebook Pages belonging to brands from around the world. 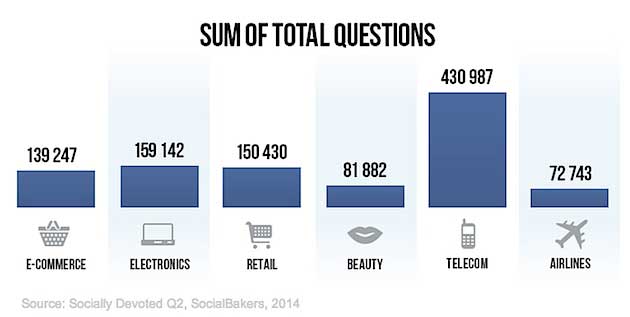 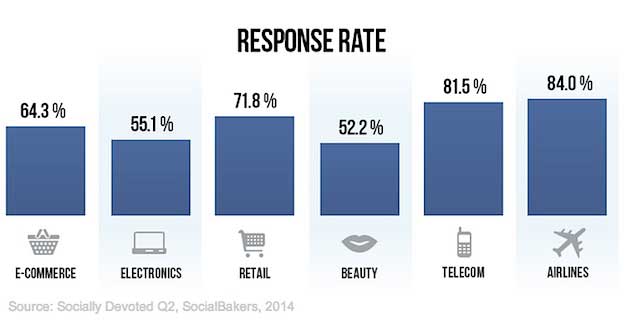 About the research: The report was based on 2Q14 data from 54,000 Facebook Pages belonging to brands from around the world.