Get the scoop on Rooms, Facebook's new anonymous app; Foursquare's first ad campaign; and Kotex's lunge for vampire-loving teens. Also learn how to make sure Facebook posts appear at the best times for your audience. Skim to stay in social shape!

But is Chanel the one that you'll want? Topping the Viral Video Charts this week is Chanel's latest, a short film, "The One That I Want," which includes a cover of the Grease song that shares that title. It's less hoppy, but with 343,000 social shares over the last seven days, we'd say it got people hopping anyway—for the kind of life that only exists in perfume ads. This one, though, is lovingly done.

You'll never be able to dissociate vampires and periods again. Kotex is jumping on the branded content bandwagon with web series "Carmilla," a comedy about a college girl who discovers her new roommate is a vampire. New episodes air every Tuesday and Thursday. It succeeds in building on a pop culture vampire craze and transmedia remakes like The Lizzie Bennet Diaries which, like Carmilla, revamps (pun!) a classic story. It's also increased channel subscriptions for its host, YouTube's Vervegirl Magazine, by 550%. Kotex even managed to ease its, ahem, primary product into the storyline with only mild flinching and moderate horror—which are reactions that should be associated with vampires anyway.

Facebook's anonymous app goes live! Say hello to Rooms, which invites you to "create a room for whatever you're into" and invite others to join you. Secret rooms include topics for beatboxing, recipes, and parkour. They can be dressed up with cover photos, theme colors, and special member permissions, such as defining which content can be linked elsewhere online. And, as promised, in a Room you can be whoever you want—even "Wonder Woman," the creators promise. (Steve Trevor, Wonder Woman's reigning beau, might have a problem with that, though.) The app is available in iOS. 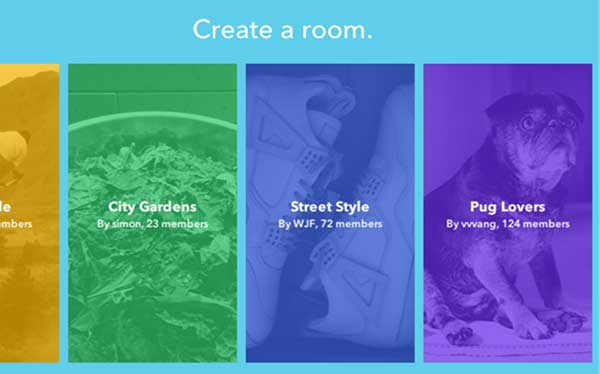 How to promote a book on Facebook. Michelle Phan, the YouTube star who arguably helped invent the modern makeup how-to video industry, has written a book, and is using Facebook videos to get the word out: Each chapter is promoted with a video trailer, which have together generated over 1.3 million views. She also hosted a Q&A session on her page on its release day—one of the best ways to bump your engagement, even without ads, according to Facebook. Phan says the results have been positive.

What's the best time for a Facebook post? Sara Piccola explains how she nailed down the best times to share posts with her audience, based on engagement and organic reach. The method involves some spreadsheet action, but it's the most detailed way to ensure you're hitting your audience at the optimal times. We suggest giving it a go. But if you'd rather not do a data export, you can always visit your Insights section on Facebook and click on "Posts," which will show you when your fans are online: 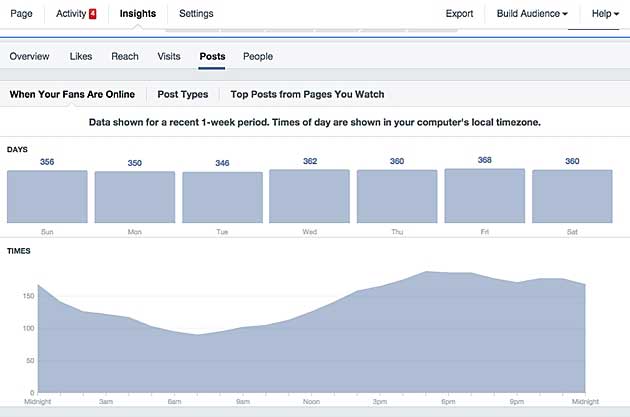 Want to win at Twitter headlines? Buffer's Kevan Lee suggests taking advice from great headline-writers to produce social linkbait that's compelling enough to click on. A few winning strategies: Questions ("Did you know that cats could do this?"), numbers ("10 steps to building your own jetpack"), and curiosity ("10 tricks to meeting the perfect mate. Number 9 is impossible!"). More goodies: eight in 10 people will read your headline, but readers mainly absorb the first and last three words. Six-word headlines (or tweets!) are ideal.

The optimal length of social content. SumAll and Buffer created a cute zoo-inspired infographic to give you the ideal length of tweets (71-100 characters), Facebook posts (40 characters), hashtags (six letters), blog posts (1600 words) and more. But they didn't stop at content you read; they also provide ideal lengths for YouTube videos (three minutes), podcasts (22 minutes) and SlideShares (six minutes). Dig in! 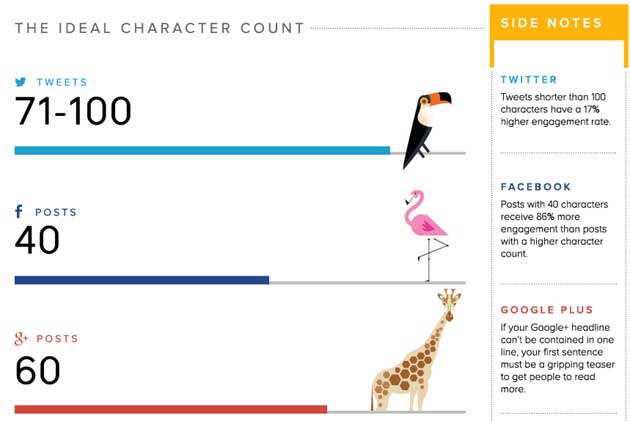 Foursquare springs into the real world. In hopes of increasing people's reliance on its services when they're out in the world, Foursquare's launched its first-ever outdoor ad campaign in Chicago and New York. Supporting ads on Facebook and Twitter will also invite you to download the app. The hope is to pivot its position—from that random check-in app that you stopped using years ago, to a personalized local search app that you'll use whenever you feel a bit wanderlusty. If Foursquare succeeds, spots in its search engine will become prime real estate for marketers looking for real-live impulse shoppers. Watch this space. 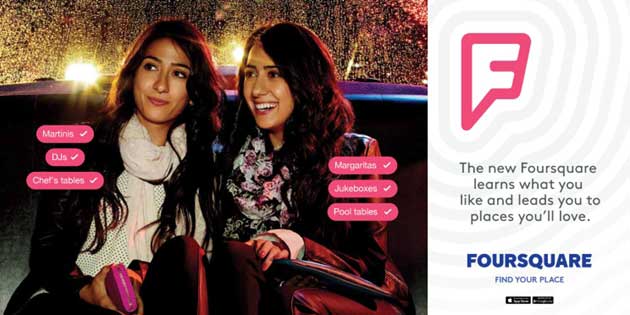 The science of Instagram. Whip out your inner shutterbug! HubSpot's Dan Zarrella created an infographic from a study of about 1.5 million Instagram photos to find out how to win at social photography. A few tips: Photos with no filter are liked most, calls to action (inducing people to "like" and "comment") work, and brightness counts. 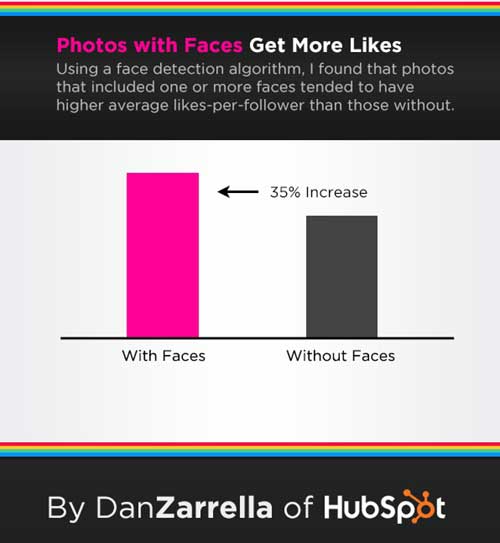 Five entry points of social adoption. If you're looking for a smart way to ease social into your enterprise, not to worry: IBM's found five ways that companies adopt social capabilities to realize business goals: To drive collaboration, build, educate, and protect their workforce; better understand and engage customers; mine expertise; and improve business processes. Read the article for more details, and you'll come to the same conclusion we did: Over time, social mechanics pay for themselves.

We'll wrap with some comic relief. Actor Zach Galifianakis's awkward "Between Two Ferns," a spoofy talk show format that's as gawk-worthy as a highway accident, features Brad Pitt in its latest installment. The comic discomfort they share is all over our newsfeeds and has charted 1.4 million views since going live on the 22nd. Prime moments include comedian Louis CK crashing the interview and Galifianakis playing the theme song from Friends—which starred Pitt's ex Jennifer Aniston—while asking how he met Angelina Jolie. What's great about these weird interviews are the moments you think you score a human insight on an otherwise inaccessible person. For us, Pitt hits that mark right at the end. (You might love him more for it.)