This week we give you the skinny on Obama's State of the Union, Twitter's plans for ensuring you miss fewer tweets, the biggest social media cheat-sheet ever, and the newest kids on the block: Gen Z. Skim to stay ahead of the game.

A most social State of the Union. President Obama's speech set the social world abuzz, but not just because it was a high-traffic moment. In fact, this SOTU drew the lowest TV audience in the last 15 years. But in anticipation of changing habits, before the speech the White House Team started warming Twitter up with behind-the-scenes jokes, like sharing Obama's tan suit jacket and hashtagging it #YesWeTan. During the speech (packed with quotable light moments to balance the serious), Michelle Obama wore a suit featured in The Good Wife, a wink to pop culture fans. And, afterward, Obama chatted live with famous YouTubers, drawing headlines both before and after his speech. "To not have an aggressive social media strategy in 2015 would be the equivalent of not having an aggressive TV strategy in the 1950s," said Dan Pfeiffer, the president's senior adviser. "We have to go to where the conversations are already happening." See more social State of the Union moments from the most digital-savvy president we've ever had (and hopefully not the last).

Where content marketing's concerned, LinkedIn wins. The Content Marketing Institute and the Direct Marketing Association of the UK found that 96% of survey respondents in the UK prefer LinkedIn for content marketing, versus 85% in 2013. Twitter came in second, with 89%, the same figure as last year. Facebook scored 69%, down from 75% in 2013—which still puts it ahead of YouTube (68%), Google+ (68%), Pinterest (37%), and newbie Snapchat (6%). 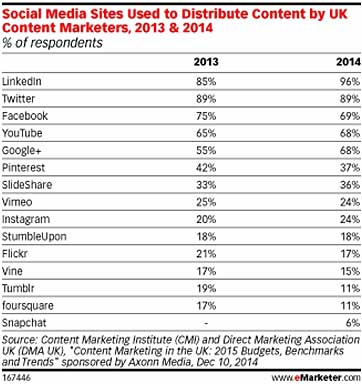 Never miss another #Trending moment. Need to catch up on your social life? Twitter's launched a new Timeline feature: recaps of top tweets that you may have missed while off doing something else, marked with a "While you were away" heading. They'll start appearing on iOS devices first, followed by Android and Twitter.com. Now you'll never have an excuse for joining the next #IceBucketChallenge late.

It's a brand-spankin'-new social media cheat sheet! Another day, another new social platform. And with all the changes happening on all the platforms you already know about, how do you remember it all? Luckily, we have infographics to help us out. A huge new one from Prohibition PR provides useful marketer details for Facebook, Twitter, Google+, Pinterest, Snapchat, Vine, Foursquare, Instagram, Tumblr, YouTube, LinkedIn, and Vimeo. Valuable details include how many characters your bio should be, what the ideal profile picture sizes are, and what aspect ratios to use for videos. 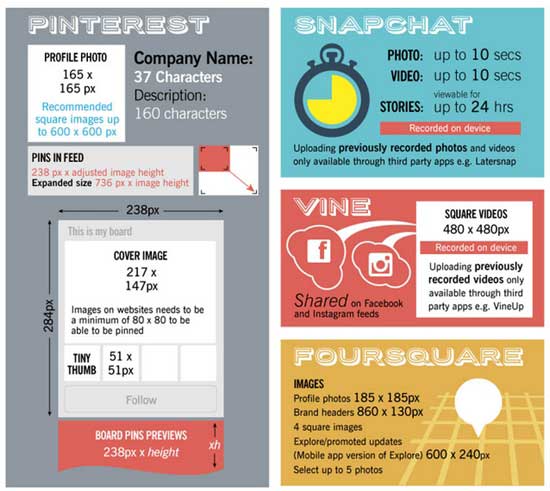 Short-form videos: a $13B business by 2020... which amounts to a six-year 18.5% growth rate, according to ABI Research, which says that much of the new growth will come from "professional" user-generated content. YouTube especially will reap rewards: Its revenue was $1.13 billion in 2014 and will hit $1.75 billion in 2016, Statista says. Others expected to cash in include content providers such as Netflix and Hulu. Time to whip out your production chops?

Millennials are so last season. Start thinking about Generation Z, or consumers whose age currently range from 2 to 19 (target range for marketers: 11-16). It's the most diverse and multicultural of any previous American generation, packing beliefs that may even shock Millennials: They're least likely to believe the "American Dream" exists, and, contrary to Millennials, whose purchases reflect a certain level of aspiration (albeit responsible), Gen Z is more interested in products and messaging that reflect reality. Back to your textbooks, because they already total 72 million people. (Off-topic: what comes after Z?)

Want more? Here's a SlideShare presentation on your new (or future) target market:

Meet Generation Z: Forget Everything You Learned About
Millennials from sparks & honey

Facebook owns your past; Pinterest wants your future. The impulse buys of the future will start with a Pin. To make it easier to sell stuff people don't even know they want yet, Pinterest's just purchased recommendation startup Kosei. The startup's technology can look at what people have browsed or purchased, then predict what they're most likely to want next. For its first 90 days at Pinterest, Kosei's team will decide how to contribute to things like improving product discovery and recommendations, visual object recognition, and ad click prediction for monetization. Pinterest promises its new toy will "help brands reach people at the right moments, and improve content for Pinners." 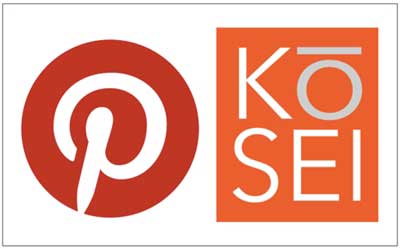 We all deserve a personal stenographer. Facebook added voice clips to its Messenger service in 2013... but in the event that you receive a clip that you would have preferred to read, it's testing transcriptions. If you're part of the (small) testing group, you'll now see a text preview of any voice clip you receive. Now let's see if this works better than Google Voice transcription does. 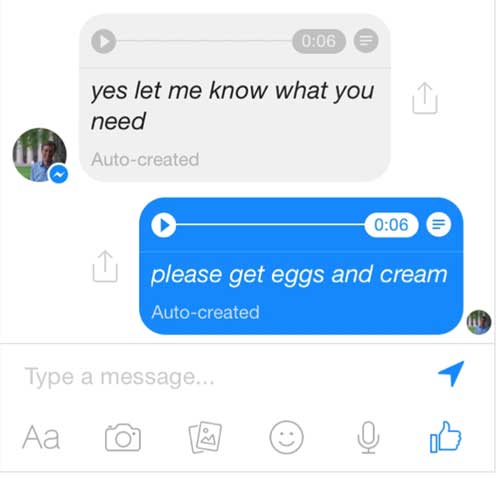 Need some deep-learning technology? In a flush of generosity, Facebook plans to share a selection of its own deep-learning-related AI tools, which may include features such as speech recognition and facial recognition technology. The King of Social's giving back, and your services may be better for it.

The most social CIOs on Twitter. Vala Afshar's got the skinny on the top 100 most social chief information officers. Following their tweets, and in their footsteps, may help you find not only a voice but also ways to combine your personal and professional interests without sacrificing either. Case in point: the National Football League's Michelle McKenna-Doyle, whose Twitter reflects not only a love of football but also a deep interest in gender parity... and wearables like the MS Band. Her diversity of interests and relatability help strengthen the NFL brand among her followers.

Speaking of the NFL… This year for the Super Bowl, YouTube is doing its own halftime show, featuring major online stars and hosted by Harley Morenstein of EpicMealTime. In addition to musical performances and stunts, expect fake Super Bowl ads from content production pros. Now the game will have so much more creative inspiration to offer than whatever is proffered by the guys dropping $4.5 million per 30-second slot.

We'll wrap with the Internet, mobile, and social media trends of 2015, compiled into 376 gigantic pages of data from We Are Social. Insights include mobile's steady domination of digital: Through 2016, it will push the world's Internet penetration to over 50%. Worldwide social media users have exceeded 2 billion, with social media use on mobile hitting 1.65 billion. Facebook continues to retain the most active monthly users, but Chinese mobile chat app QQ is picking up steam in second place. And that's just the tip of the iceberg:

Digital, Social & Mobile in 2015 from We Are Social Singapore