#SocialSkim: A Tool for Avoiding Twitter Gaffes, Plus 11 More Stories in This Week's Roundup

Get the latest on how Facebook plans to bring more content from top publishers into its fold, who really stuck out on Mother's Day (besides moms), and a new TweetDeck tool that may help prevent gaffes—like carelessly publishing personal tweets on your business account. Skim to stay in check.

Never make a social misfire again. TweetDeck's installed an optional extra step that protects you from rapid-fire publishing a tweet that could embarrass you or threaten your brand. Available to all TweetDeck users on the Web app or using Chrome, Windows, or the latest Mac app, "Confirmation step" asks "Ready to Tweet?" before you publish, giving you a moment to reread, check what account you're tweeting on, and reflect before publishing.

Activate it by clicking on Accounts, choosing the relevant account profile, and activating "Confirmation step."

New on TweetDeck! You can now add a confirmation step before Tweeting from any account. https://t.co/8eKB5u3yMh pic.twitter.com/HYc3Gq46SA

Facebook's launched Instant Articles, which it promises will make the article-reading experience "ten times faster" than loading a non-native article on Facebook via mobile.

They'll also include interactive elements: the ability to zoom in on photos, tilt your phone to explore them further, auto-play videos, listen to audio captions, play with interactive maps, and Like and comment on individual parts of an article. Among other publishers, the New York Times is on board.

Instead of going for a pun and a cute picture on social, Huggies went a step further: Meet Tatiana, a blind Brazilian mother who's expecting her first child. Knowing that bonding with your first child is a moment that can neither be duplicated nor repeated, Huggies helped create a 3D mold of her last ultrasound, enabling her to experience by touch how her son looked. Talk about a gift. Nine million views and counting.

Now Facebook's local awareness ads include a Call Now button. When users click on it, their phones will automatically dial the advertiser's number, making it easier to connect directly with local businesses.

It's available in the US, Canada, much of Western Europe, Brazil, and Australia. Use it to drive reservations and orders or provide more information.

In hopes of finding images that leap out of the box, Getty Images launched a grant program that encourages people to "document stories from underrepresented communities around the world."

To enter, provide a biography, a description of your approach or style, stories you've covered, and how they would benefit. Entries will be judged based on existing Instagram images, with a focus on quality, skills in photography, and the merit of the project itself. 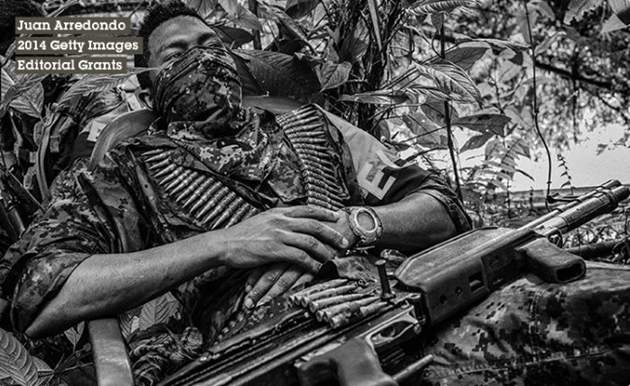 To cash in on food lovers (or people who just like sharing every meal they've ever had), Twitter's launched @TwitterFood, which will share conversations from top Twitter foodies. If you're doing anything food-related, try scoring a Retweet. Below, an example of something they might share:

6. Who tweeted it first?

If you're looking to start a new campaign, or just want to see when people started talking about a given trend or topic, bookmark this link: https://ctrlq.org/first/. It'll dig back through Twitter's archives and tell you who tweeted your subject first.

Below, an example: Possibly the first tweet mentioning MarketingProfs (in January 2007, by B.L. Ochman: @whatsnext). Hat-tip to @cutlerdave! 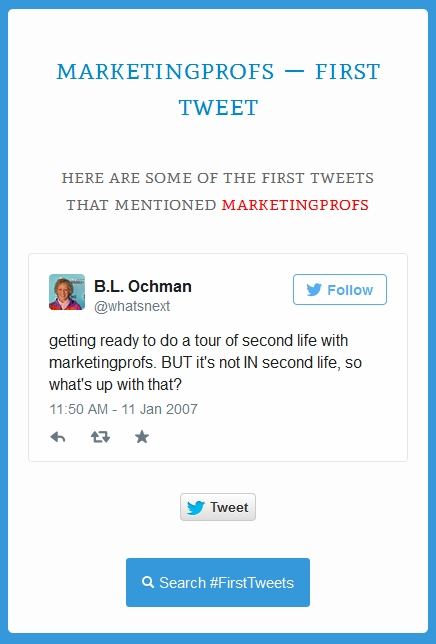 7. Fancy up your Tweets

If you'd like to tweet something that breaks out of the mold, a Chrome browser add-on called Bedazzle lets you create unique-looking texts using unicode. Use it when you've got something bold to say... 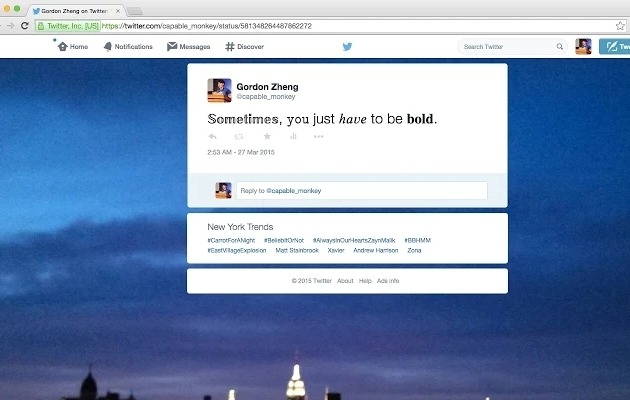 8. Call it a mobile carousel

Facebook's launched its Carousel ad format on mobile, giving you more opportunities to creatively showcase your products or services on that most intimate of devices. Carousel Ad formats let advertisers share multiple images and links in a single ad.

Almost no one, according to Moovweb, which finds that people click on sharing buttons 35% less often via mobile than via desktop, meaning just 0.2% of mobile users click to share. Put in perspective: mobile users are 11.5 times more likely to click on an ad than to share via mobile. Womp womp. 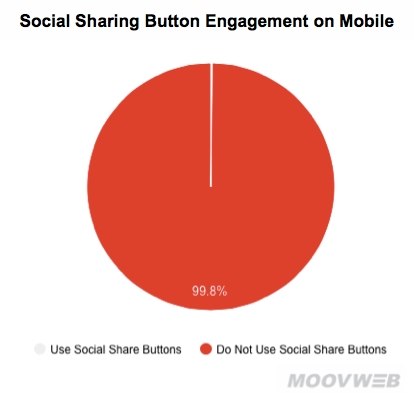 10. The secret sauce to engagement

In an ongoing celebration of its 10th birthday, YouTube's creating playlists that go down the letters of the alphabet to revisit different subjects that people have made videos about.

It's just launched "K is for Kidding Around," a playlist that goes down all the hilarious, weird, and wacky videos that feature kids. Remember "Charlie bit my finger - again!"? Of course you do. Enjoy the trip down memory lane.

We can only pray the Internet gives us its own equivalent of "Where Are They Now?"

Continue reading "#SocialSkim: A Tool for Avoiding Twitter Gaffes, Plus 11 More Stories in This Week's Roundup" ... Read the full article