#SocialSkim: #LoveWins Across Social, Plus More Stories in This Week’s Roundup

We look at how the Supreme Court's thumbs up for same-sex marriage seized the social sphere (and transformed all your social feeds into rainbows). Find out how to access Buyable Pins and Facebook Messenger payments, learn about Facebook's ad-revenue-share offer, and hear Mark Zuckerberg's incendiary theory about where social is headed. Skim to stay in social shape!

All those colors make up love. The Supreme Court ruled that same-sex marriages should be recognized nationwide—just in time to wrap up Pride month. To fete the news, Facebook created a rainbow filter that people could use to update their profile pictures and spread the message.

Over 26 million people worldwide, including celebs Arnold Schwarzenegger and Leo DiCaprio, updated their pics accordingly. The pics got over 500 million likes and comments, resulting in more than 565 million interactions, by Monday morning.

Meanwhile, Twitter created special emoji to accompany the hashtags #Pride and #LoveWins. And the most engaging brands around the topics included Ben & Jerry's, Target, and Honey Maid. 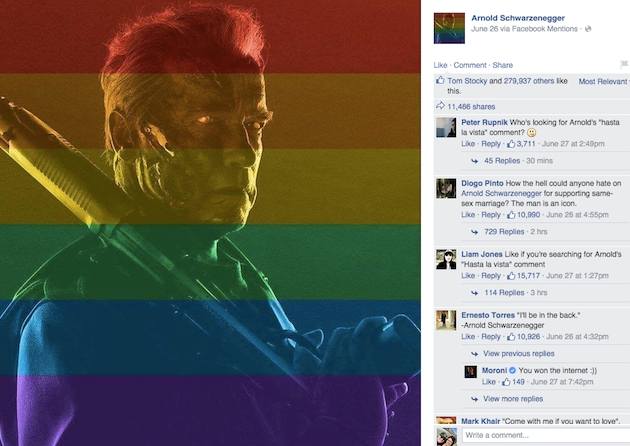 YouTube must be trembling. Facebook plans to offer a 55% revenue share for ads that appear near content in its upcoming Suggested Video feed. The model will go live this fall among a selection of creators, including the NBA, Fox Sports, and Funny or Die.

Per Facebook's Dan Rose, "Partners say they'd publish a lot more if they could get benefit of distribution but also make money." Well, that's something YouTube's known for a while.

2. Buyable Pins are now in the wild

On your marks, e-tailers! Buyable Pins are now available for US Pinterest users on iPhone and iPad. Pins featuring a blue price mean you can buy the product featured. You can also filter by price and swipe through color options. And if you don't feel like buying now, a Favorite option lets you save for later.

To facilitate discovery of the feature, Pinterest's created a Shop Our Picks category that lets users browse through "the best hand-picked products on Pinterest." In the next few weeks, over 30 million pins from brands like Macy's, Neiman Marcus, and Nordstrom will go Buyable. This blog post has more details and step-by-step videos on how the various features work.

A post from Facebook's David Marcus announced that Messenger users within the US can now take advantage of P2P (person-to-person) payments via the service. To use it, just add your debit card to your account. It isn't yet clear how the feature will roll out among Brand pages, but we're sure it's coming.

We're happy to announce that Messenger person-to-person payments are now available to everyone in the U.S.! Add your...

During a Facebook Q&A, Mark Zuckerberg divulged where he thinks social's headed: "I believe we'll be able to send full rich thoughts to each other directly using technology. You'll just be able to think of something and your friends will immediately be able to experience it too if you'd like. This would be the ultimate communication technology."

That's a tall order, but it's apparently where he'd like Facebook to head, given that, in his view, people "are gaining the power to communicate more frequently" and "share in richer and richer ways." Naturally, he was less clear on how the 'Book's TOS would define the ownership of thoughts...

To watch Snaps or Stories, Snapchat users had to press and hold on the screen—a frustrating feature. A new Tap to View feature means you merely have to tap to view the content (thanks for saving our thumbs!).

Other new features include Add Nearby, which lets you easily add friends who are with you right then and there; the ability to add a selfie to your Snapcode so people can recognize you when you add them; and two-factor authentication, so it's harder for you to get hacked.

6. One Skype meeting to rule them all

Microsoft's announced a new feature in Skype for Business: the ability to make mass video calls across the Web. You'll be able to broadcast to up to 10,000 people in one go if you wish—but to test it, you must be an Office 365 enterprise subscriber.

If that's you, register for access to Skype Meeting Broadcast, and hold a town hall grok-fest unlike any you've had before. Features also include the ability to take feedback from attendees using Yammer, and Bing Pulse sentiment tracking.

7. Need to power up your Stars and Stripes?

We like it because in addition to useful tips like factoring in time available and using data it also provides a lot of context—like how many posts you're likely to be competing with on both Facebook and Twitter (11,000 and 22,000, respectively).

It also highlights the posts that have been most engaging over the last few years. (Bud Light nailed it on Twitter last year with an emoji American flag.) 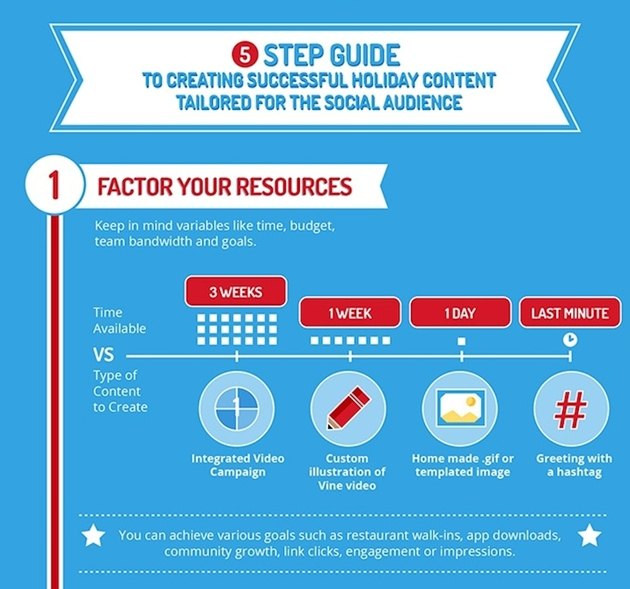 SlideShare's among the Top 100 most-visited sites on the Web and provides a rich way to share brand stories... except that only 15% of marketers use it.

So Barry Feldman built an infographic that walks you through what SlideShare can offer, highlighting 26 features you'll find useful: Rich analytics, a way to generate leads, and the ability to publish on LinkedIn (thereby enriching your profile content) are just three. Dig in.

Below, a SlideShare that'll whet your appetite.

Traits of a High Performing Office Culture from Irvin Goldman

They include posting at least once a day and studying (and holding on to) the hashtags that will serve you best. (Discovery on Instagram happens overwhelmingly via hashtags, and interactions are highest when a post features at least 11 of them.)

Another thing that works well? Asking users to tag a friend, and using the right filters (higher exposure, warm temperatures, and higher contrast tend to score more love. Interestingly, warmth gets the most comments). 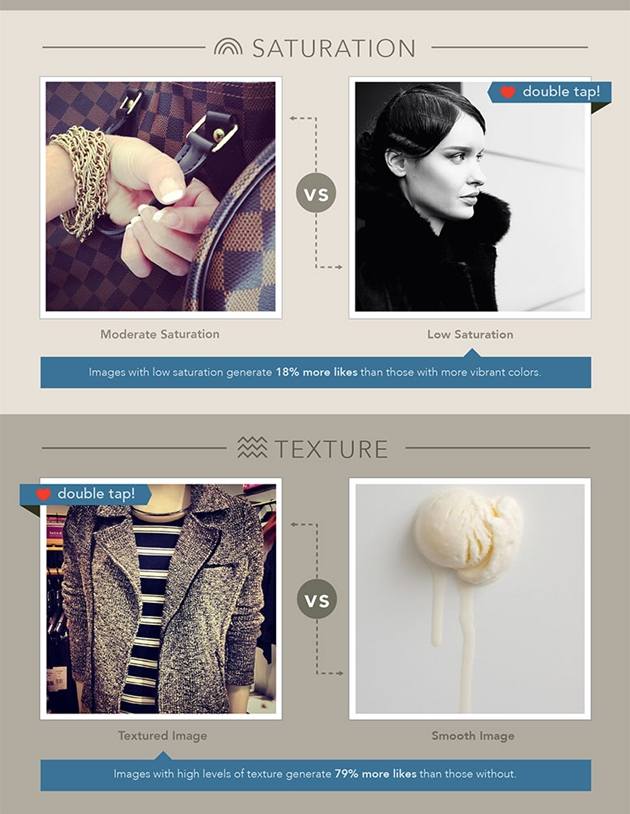 10. We'll wrap with an innovative idea

For its latest song, "Save Me," Canadian band Keys N Krates joined forces with Vice and mobile provider Fido to create something totally unique: a music video that feels like a social network and is meant to be consumed via mobile.

The video basically consists of what seem like a series of ambient GIFs, and to see all of them you have to scroll down (kind of like Instagram). To play with it, open mobilemusicvideo.ca from your mobile phone.

How can social inspire the way you think about content?