We'll also fill you in on Twitter's new tools that make targeting specific audiences a cinch; we'll explore the fully redesigned app that Pinterest is betting on for global expansion; and we'll dive into the latest Millennial B2B research to find out where they buy and what type of content they want to see.

Skim to stay ahead of the game!

The social network confirmed it's working on a solution to let users explore more stories around particular topics that they're interested in, and the result appears to be a new layout for mobile that breaks down feeds into different categories.

Screenshots of the possible layout first surfaced on Twitter, and they show four feed sections that include the standard News Feed we're all used to, and then optional categories, including World & US news, Sports, or Food, among others (after all, food videos absolutely kill the competition on the platform). No news on whether such a retooling would be released, or when! 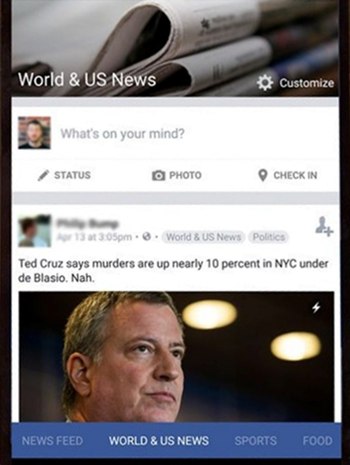 Buzzfeed may have drawn 800,000 viewers for its Facebook Live watermelon explosion stunt, but the social network drew zero dollars in ad revenue. In what could mark a big change in the platform's policy and a step toward monetizing live video, Facebook appears set to test ads right in the live stream for the first time.

Any such ad product is months away, and pre-roll video is still off the table according to sources, but it's a promising sign for publishers, who stand to make some extra money on their video content, and it could point to the future of video advertising on the platform.

Facebook may have introduced live streaming and a 360-degree camera recently, but the social network hasn't yet been able to combine the two. The world's second-largest search engine, however, filled that void this week with YouTube Live 360, which gives users the ability to stream 360-degree video live on the platform without overly fancy equipment.

For creators, the product will work with cameras as cheap as $350, far less than the $17,000 it would cost to build the open source hardware Facebook introduced at F8.

The fight to provide immersive entertainment rages on between the social tech giants... and though YouTube Live 360 is no virtual reality, it could help bridge the gap until VR becomes a household fixture.

Campaign objectives such as engagement, video viewers, or followers can also be set, and all performance metrics are viewable on your Twitter Analytics page.

Out with the old and in with the new. The online pinboard site essentially gutted its old app and will next week release its modern remake meant to streamline the user experience.

The refreshed design, which will emphasize the pins themselves rather than descriptions and icons, will first be available on iOS, and arrive on Android and the Web in the coming months.

The update triples the load time of the application and brings along support in 31 languages, indicating the network's global ambitions.

Online rollover ads let consumers access more information about a brand by moving their mouse over a video promo, allowing brands to bring a new layer of engagement to a format that used to ask viewers to do but one thing: watch.

The tech vendor's integration begins with Facebook and Instagram, but we think the format is a sign of things to come in the campaign to make social media users active participants.

Check out an example rollover ad below, and start thinking about how your brand could take advantage of such a cool tool.

6. Snapchat takes the stage to dispel misconceptions about its ad offering

Snapchat has received its fair share of negative publicity with regard to its proposition—from its ads' being far too expensive to underwhelming analytics for marketers. The social network stopped shying away from these concerns and took the stage at an Advertising Week event to offer clarity.

The vice-president of content delved right in, conceding that the app's ephemeral nature—in which all ads are "opt-in"—is something many marketers have yet to grasp. Addressing cost, he noted that entry-level ads now costs "tens of thousands," and that the new geo-filter product is "significantly" cheaper than that.

The folks at Snapchat are convinced that advertising won't kill the platform, but it's up to them to make sure marketers see the value within.

Instagram overhauled its Explore page, adding a slew of themed channels featuring specific creators and events, as well as a personalized "Videos You Might Like" feed that makes it easier for users to stumble on video content from across the platform. The new channels are mixed in among thumbnails of photos, and in a Snapchat-like technique they auto-play after one video ends.

The social world is adjusting to drastic increases in mobile video consumption enabled by faster connections and bigger screens, so Instagram's latest change makes sense given parent company Facebook's unrelenting push into video of all sorts. 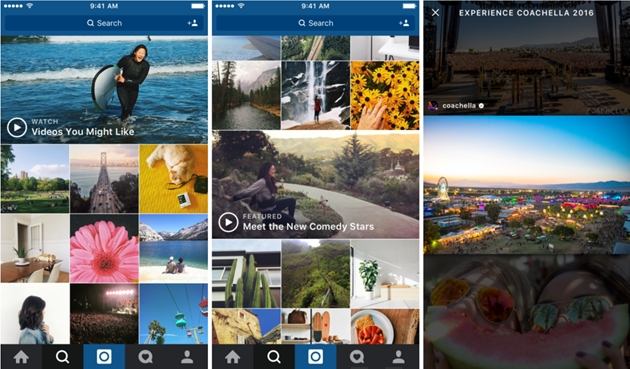 Last week, Facebook gave everyone the ability to publish < https://instantarticles.fb.com">Instant Articles that drive more traffic with lightning-fast load times—but what purpose do the articles serve if brands have no idea how to use them?

From familiarizing yourself with the format and configuring monetization settings, to styling and submitting articles for review, our friends at Social Media Examiner have you covered with all you need to know! 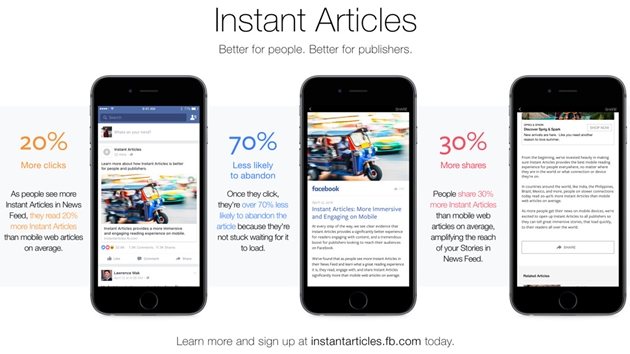 9. The content Millennial B2B buyers look for, and where they look for it

New research from Sacunas finds that 73% of Millennials working in organizations where B2B buying occurs are involved in product or service purchasing process, indicating a need for B2B marketers to adapt their strategies to the habits of such a group.

MarketingProfs breaks down the findings, including need-to-knows like what channels are most important for Millennials researching to buy, and what content formats resonate most. Happy skimming! 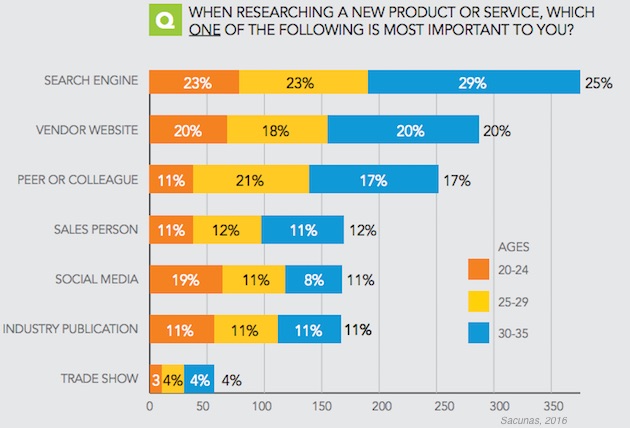 10. The rise of 'social signaling' and how can marketers respond

There was a 21% decline in the sharing of personal stories on Facebook in 2015. Users began preferring to signal what matters to them through more indirect, impersonal sharing of news, petitions, video clips, and more, rather than publishing a text discourse and broadcasting it to their 850 closest "friends."

This "social signaling" is on the rise, possibly marking a big change in how consumers share on social. Brands that aim to involve consumers in their campaigns should recognize this trend and adjust in a way that enables users to signal their interest even if they don't do so as explicitly as before.

One can look to Coca-Cola's Share-A-Coke campaign for inspiration on how to do that. The times they are a-changin'! 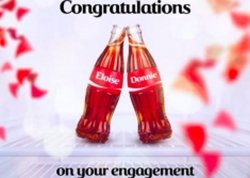 11. How consumers are using Facebook Reactions, and what it means for social marketers

It's been eight weeks since the social network gave its 1.6 billion users the ability to express themselves with five new emotions, a move that turned consumer sentiment into an easily quantitative metric.

Marketers can now simply assign values to each Reaction and track across content type, matching the scorecard to their objectives. Brands can also correlate their KPIs to Reactions to help prioritize content that resonates and increases social ROI.

Although the types of Reaction that consumers use don't play a part in Facebook's algorithm, and thus don't affect your post reach or performance, that will likely change in the future. Until that happens, keep experimenting to find out exactly what content boosts your KPIs the most. 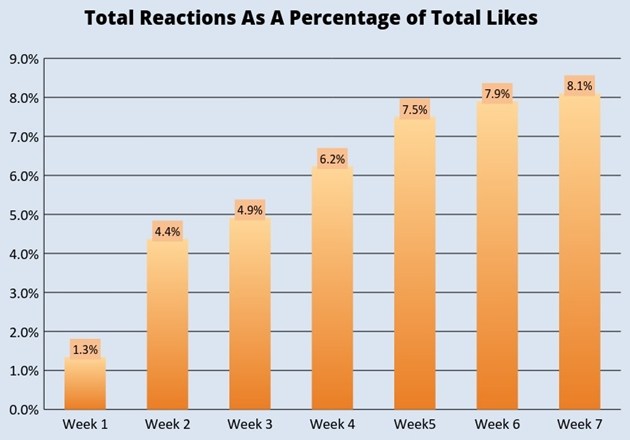 The messaging platform counts 44 million users in the US among its 711+ million worldwide, and is the latest to introduce end-to-end encryption on its platform amid growing privacy concerns. The app also introduced a hidden messaging feature, which enables users to "hide" chats on their accounts.

What else does the future hold for Viber? You guessed it: bots. The new encryption feature will roll out over the coming weeks, while bots and other, business-friendly CRM tools should be available in the coming months.

13. We'll wrap with the saga of Boaty McBoatface

The objective was to harness the power of social media and let citizens choose the name of Britain's National Environment Research Council's (NERC) new £200 million research vessel. The results? Boaty McBoatface. That's the gem of a name that, after a former BBC Radio presenter decided to throw his idea into the hat, racked up four times as many votes as the runner-up thanks to word-of-mouth on social media!

Rules stating that the organization will have the final say mean that NERC likely has an easy out this time, but this episode goes to show that brands must be particularly cautious when incorporating user-generated content as a part of their strategy.

Whatever name the vessel ends up with, it will study ice sheets, ocean currents, and marine life when it sets sails in 2019. But it will always be Boaty McBoatface in our hearts. 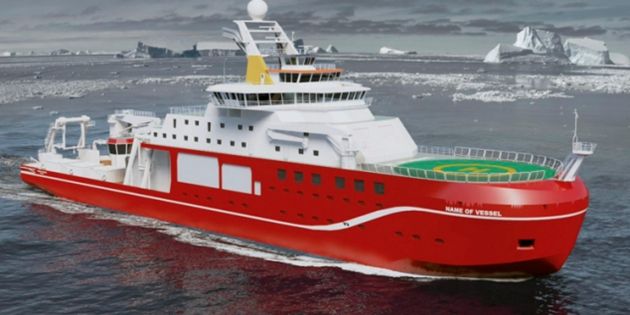