Livestreaming continues to dominate the social media narrative this week, with Facebook finally outlining its censorship policy after an increase of high-profile graphic content broadcasting on the network, and Twitter making new pushes for livestream partnerships with major sports and entertainment organizations.

This week's 'Skim will also tell you what insight-rich Twitter feature the social network just made public, show you an app that'll finally let you target your Facebook Live broadcasts by location, and teach you all about the basics of creating compelling video content. Skim to stay savvy!

The ever-evolving story of social networks and their role and responsibility in citizen journalism brought new immediacy this week after the livestreamed death of Philando Castile, and has forced Facebook to answer media inquiries asking for the company to clarify its censorship policies.

Livestreamed content is either taken down if it violates Facebook's standards by depicting violence and glorifying it, or left up with autoplay disabled and partially censored with a disclaimer if it contains violence or graphic content but does not violate the company's policy. Even a flag by just one user sends a video to be reviewed by Facebook's 24/7 Community Standards Team.

More questions about whether or not the social network can handle the responsibility seemed to surface after the clarification, particularly after another livestreamed shooting of three men in Virginia on Tuesday.

Major sporting events are jumping higher on the priority list for Twitter, with the company reportedly in talks with the NBA, Major League Soccer, and cable network Turner to acquire more digital streaming rights for live sports and entertainment events.

This might not be actual game footage, as that could prove tough to acquire since Twitter lacks the subscription fees that make cable networks attractive, but it could be pre- or post-game content such as the live interviews and analysis that Twitter streamed around Wimbledon. Twitter paid the NFL $10 million to stream 10 Thursday Night Football games this fall, so we suppose we could say it's serious. 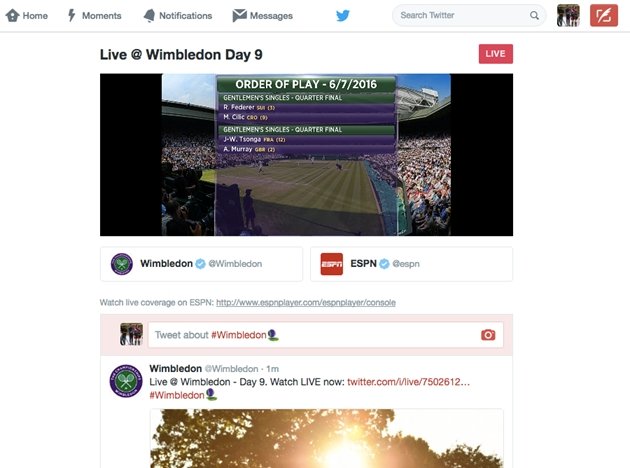 To some, it sounds like Zuckerberg's team is up to no good with the latest feature set to hit Messenger. Secret Messages, currently in testing, lets users control how long their messages remain visible after being sent—a limit that applies on both the sender's and recipient's device.

The Messenger team was clear in saying that the end-to-end encrypted secret messages would be optional for users since many of the platform's features such as using Messenger across platforms, or sending rich media like GIFs, wouldn't function with the capability enabled. Secret Messages will be available more broadly later this summer.

After tightening the nuts and bolts, the social network is finally ready to open up its ad API to everyone. The tool provides brand managers with access to data across 10 user models including gender, interest, country location, and wireless device, helping companies better understand their customers.

Brands can now create audience segments in three ways: by people who have engaged with a brand's organic tweets in the last 90 days, by those who follow a public Twitter handle, or based on a list of external data such as phone numbers or email addresses. The new features give brands more insight on who's interested in their products, and thus a better understanding of their customer base.

4. Vine: A dark spot in an already gloomy Twitter environment

Twitter's Vine was a top-100 free iPhone app in more than 12 countries just a year ago, but it currently holds that position in only one: Grenada. Nearly all of the social network's top executives have exited the company in the past four months, raising questions about the app's future and its bearing on an already gloomy Twitter outlook.

The six-second video sharing app is no longer growing, and its reach in the US decreased by about 6 million people over the course of a year: 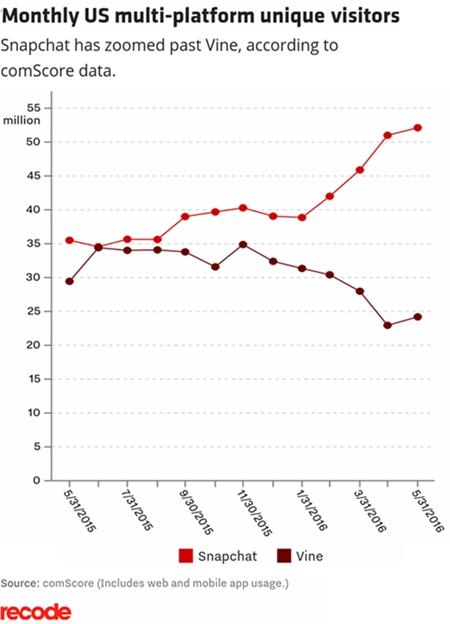 Rumors have swirled around the integration of Twitter's three video properties: Vine, Periscope, and Twitter video; but nothing concrete has come of it. Does your brand still use Vine?

5. Want to geofence your Facebook Live stream? This tool will let you.

It might come as a surprise, but up until this week there's been no way for broadcasters to constrain their live streams by geography on Facebook Live. Levee changes all of that, and lets users generate Facebook Live posts targeted to specific locations and stream those posts from any streaming software.

The setup is straightforward enough: Simply authenticate by using your brand's Facebook credentials, specify the page you'll be livestreaming for, upload, and you'll receive an address to stream video through using the application of your choice. Finally! 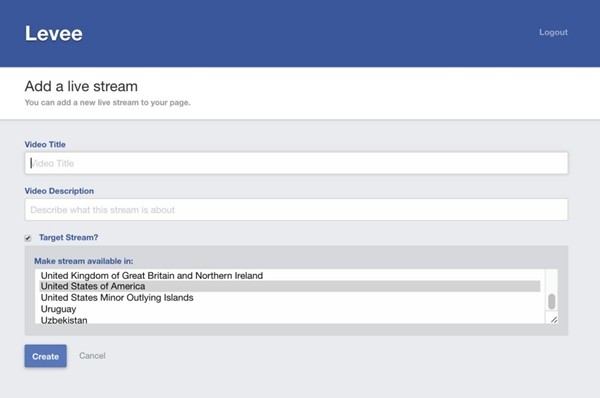 BumbleBizz is a new section on the existing app that shows users more job-tailored profiles and matches users that might work in the same professional circles, regardless of gender. The move is a part of the company's wider strategy to diversify beyond dating. It follows the introduction of BumbleBFF, which matches users for platonic relationships. 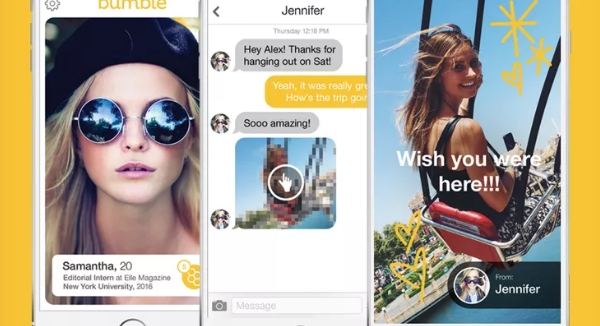 Good news, skimmers: We can officially post our favorite GIFs as snarky responses to serious questions in higher quality and for longer! That's right, Twitter quietly increased the size limit of GIFs from 5MB to 15MB on its Web interface. Though it's no Earth-shattering event, GIFs play an important role in boosting engagement for mobile users often stuck on a data connection.

You hear about it often, everyone seems to be "doing it," and now it's going live. Mark Zuckerberg's been talking about video as the future for years, and you know it's important, but you've no idea how to film, edit, or even what content your brand should create.

MarketingProfs is here to put your mind at ease, and round out all the basics you need to get started. From what editing software to consider according to your team's fluency in video, to in-depth tips on what types of content to create to meet your objectives, we've got you covered.

The money you throw at ads on Facebook can go only so far if you don't sink your teeth into metrics that tell you how users respond and engage with them.

The social network's ad metric toolbox is filled to the brim with key insights, and we've got an indispensable list of which of them to look at to help you keep your Facebook ad game strong: from understanding overall costs by looking at cost-per-thousand, to gauging your ad's quality through cost-per-click figures. Take a peek to optimize your ad performance!

Even CEOs of the most powerful social networks aren't immune to social hacking. OurMine, the group behind the hacking of Mark Zuckerberg's Facebook account and Google CEO Sundar Pichai's social media accounts, rendered Twitter's Jack Dorsey its latest victim, taking to his account with several benign video clips and a tweet about testing Dorsey's "security."

A TechCrunch report said the hackers may have used malware to gather the credentials of more than 32 million Twitter users, which were apparently being sold on the Dark Web. What's , you ask? Sorry we had to break it to you. 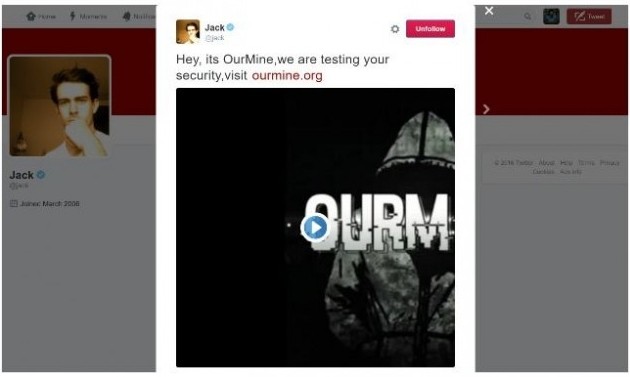 Chances are by now you've heard about Pokemon Go, the new augmented reality mobile game remix of the hugely popular franchise that has adults and children alike larking the streets in search of the mythical creatures, and finding a dead body or two along the way.

The app, which has shot to the top of the App Store and Google Play, makes players walk around their cities to find, catch, and train their fictitious Pokemon. The concept has been the talk of social media this week, but not without encouraging its fair share of blunders. People are getting robbed while visiting "Pokestops"—real-world locations users have to visit in the game—and one women even claims to have found a dead body in a river while trying to "catch 'em all."

But marketers haven't let the app go unnoticed. The future of augmented reality, or the end of the world? We'll let you decide.

Am I doing this right? #PokemonGo pic.twitter.com/FbHOezOByy