#SocialSkim: Facebook Changes the Rules for Bots, Plus 11 More Stories This Week

Social was all about getting down to business this week, as Facebook refreshed the rules and regulations for its Messenger bots, and Instagram made headway in the deployment of its business accounts for brands.

We'll also dive into Twitter's newest "ad format," show you all the latest metrics available for Facebook Live videos, and give you the scoop on what platform influencers think of when they think engagement.

Skim to let it all sink in!

Facebook delivered a mixed bag of news to brands that have already invested in bots for Messenger, by introducing features that both limit bots' ability to respond and expand their opportunities to send promotional messages.

The social network will now require bots to respond within 24 hours of receiving users' inquiries. But they'll also now be able to send promotional messages to push sales and the like—a reversal from previous rules. Users who have signed up for subscriptions to bots (think daily news digests or personal health and financial bots), for example, won't be affected by the 24-hour timeframe.

Bot makers have until November 14 to comply with the new rules, and until February 13, 2017 to apply for subscription-based messaging.

Two months ago, Instagram revealed just how it plans to get down to business when it introduced business profiles alongside new analytics capabilities, and now the tools are finally set to roll out en masse.

Your brand will be able to convert its existing account to a business profile that includes a "contact" button so clients don't have to leave the app to call, text, or email to find out, for example, whether an item is in stock, or to make reservations at a restaurant, say.

The new tools will roll out in Europe first, with the US, Australia, and New Zealand gaining access in "the coming months."

It also gives live streamers the ability to track viewer engagements throughout a video, noting when viewers reacted to, commented on, or shared a video during the stream. New share and cross-posting data helps brands gauge the virality of their videos by revealing whether the majority of views were generated by the page itself or from shares by its fans and greater community. 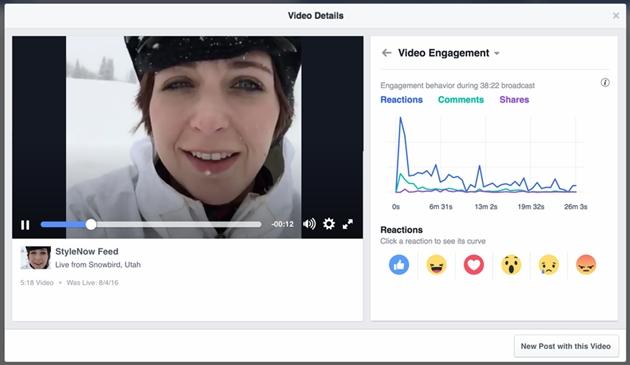 Advertising on Pinterest just became a little more like Google's Display Network for those in the US, UK, and Canada, with marketers even outside of the social network's brand partners now able to bid on inventory on a case-by-case basis.

The digital bookmarking platform also announced that advertisers can now cap the number of times a single user is exposed to an ad with frequency capping. Pinterest's goal is to help brands garner more impressions for their campaigns at more efficient rates, while driving better results.

Twitter launched a new feature back in June in the form of stickers, produced to encourage users to share more media and help spice up their content.

But a quick addition that now has the social network letting brands purchase promoted stickers makes us feel as if it was the plan all along.

Pepsi launched the new "ad type," which pushes a brand's stickers to the top of the pile in exchange for marketing dollars, on Monday. It seems Twitter is looking for revenue streams wherever it can. 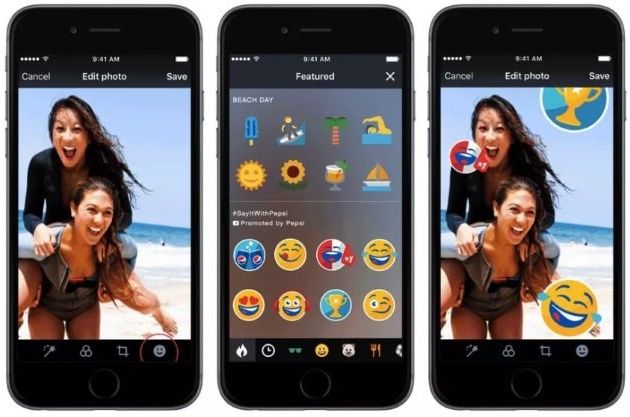 5. Snapchat's latest acquisition could help you plan your next big night out

Snapchat is reportedly in final talks with Vurb, a social-driven mobile search startup that focuses on delivering packageable and shareable results to help users easily plan social gatherings among a variety of apps.

Vurb's partnership with Yelp and Rotten Tomatoes lets users access their content directly in Vurb's search results, while its deep links with Uber and Google Maps pull users to their respective apps to help them make plans and invite friends without all the hassle of too much back-and-forth.

Snapchat's plans for the search app are unclear, but it likely means incorporating the making of plans with friends, creating a personal recommendations capability, or expanding its Discovery feature.

The college-centric social network, used mostly to leave anonymous quips and comments around the campus community, has been struggling with a declining user base and lower rankings on app stores in part due to its anonymous setup. But now the app is requiring that users take on identifier handles and use photos, and it's making a new push to bring local flavor to the app.

New addition "#Now" encourages Yakkers to post 18-character status updates that disappear after 24 hours (hello Snapchat), and the new setup lets users browse and contact nearby users in its "Explore" tab. All of this is in an effort to connect users and help make it easier for Yakkers to branch out and use the app beyond the college campus when classes are in session.

7. An influencer's Snapchat Story just sold $17,500 worth of product in one day

The traditional movers-and-shakers of the beauty industry used to come in the form of print beauty editors, but digital social channels appear to be changing the landscape of influence, and taking with them brands' advertising dollars.

Case in point: Industry blogger and influencer Arielle Charnas's Snapchat post about a gel mask directly generated $17,500 worth of sales in a single day. Digital creators like Arielle sometimes land seven-figure deals in exchange for their partnership.

It's not always about the money. A report from Bloglovin shows that nearly 60% of the 2,500 influencers surveyed say Instagram is the most effective social platform for engaging with users, with Facebook trailing with only 18%.

Though 50% of influencers admit Snapchat is their new favorite platform, only 1% favor it as a means of connecting with their audience; that's a stark contrast from the high level of interest brands and marketers show in the ephemeral messaging app.

Sink your teeth into more stats with the full report! 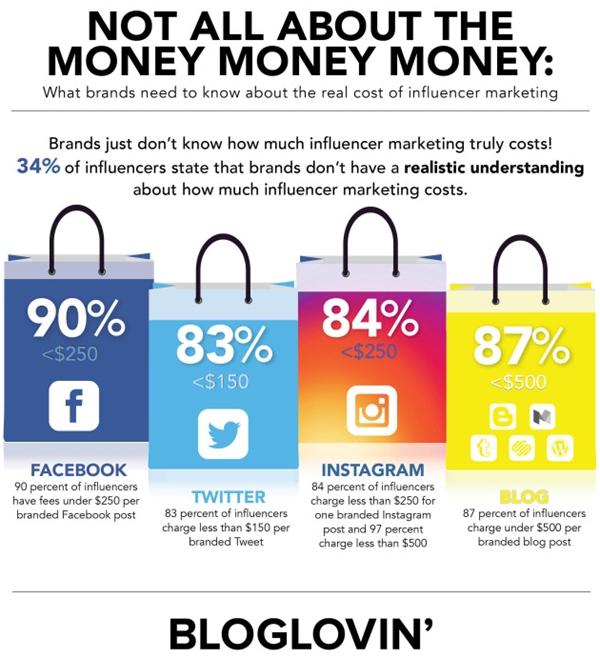 An analysis of the 1 million most-shared articles on social revealed which platforms are the most preferred for sharing text pieces, and whether users are more apt to spread good news or dwell on despair.

The study by Fractl and Buzzsumo covered 3 billion content shares across five social networks, and concluded that 90% of social shares of articles occurred on Facebook, with Twitter and LinkedIn following in the distance with 6% and 2.5% respectively.

But where do the other networks lie, and is it true that good news spreads? Check it out in detail!

10. How to target your customers with social ads

Looking for a way to re-engage previous or existing customers? Facebook, Twitter, LinkedIn, and Pinterest all include solutions to help your brand target current customers, with some of the social networks dramatically improving their targeting options in recent months.

From what data can be uploaded to each of the platforms, to step-by-step guides to setup and launch, here's all you need to maximize your custom audience reach potential.

It didn't go well. The 22-year-old pop star called it quits with the social network this week after a public spat with ex-girlfriend Selena Gomez, and cut off his nearly 78 million followers from their daily dose of the Biebs.

The loss of Bieber's Instagram account marks yet another high-profile departure from a social network due to harassment or unwanted commentary, something that could be avoided in the future with Instagram's new moderation features that are beginning to roll out. 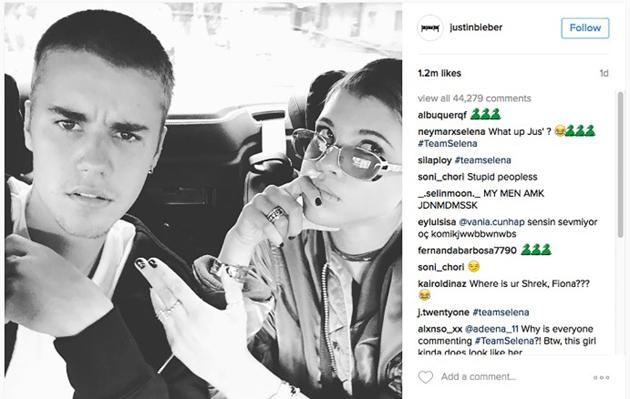