This week's keyword: imitation. Instagram surprised everyone by essentially integrating a copy of Snapchat within its app (with one major advantage), and Facebook and Twitter took a play straight out of YouTube's book to attract the platform's well-known creator influencers.

We'll also give you the latest on Facebook's exploration to monetize Facebook Live, dive into the Twitter Ads Manager revamp that's certain to make things easier for your campaign optimization, and fill you in on LinkedIn's late but better-than-never foray into video.

Skim to stay ahead of your imitators!

The Facebook-owned app has now officially adopted the 10-second, disappearing video or photo format, and the feature works just like Snapchat's Stories. However, there's one major difference: Instagram Stories appear right at the top of your old feed within the existing Instagram app, which means users have no need to build up a separate fan base in a new app.

Behind the effort is Instagram's desire to increase sharing on the platform, a difficult task seeing as it is notorious for playing host to everyone's only most polished selfies and travel pics. Stories gives users a less-prized shelf where they can place all of the moments of their days, and it gives brands the ability to share more content without appearing spammy on the traditional feed.

With some exceptions, such as a lack of geofilters and stickers and the inability to see who screenshots your Stories, Instagram's take on the format copies Snapchat, and the feature has already begun rolling out. Even the company's CEO said Snapchat "deserved all the credit." Have you tested it out? What do you think?

The company is testing mid-stream commercials within the Facebook Live broadcasts with consenting publishers, suggesting that the social network is working quickly to build a more mature ad-model that can monetize the livestreams and attract media partners.

The ads are 15 seconds or shorter, and they can appear up to the five-minute mark of a broadcast. Some publishers point to the unpredictability of what ads will play when within streams as a concern, such as an inappropriate ad airing during live coverage of a tragic event.

The testing is limited for now, but Facebook's aptitude for new ad types could have us seeing such a feature on all our screens soon.

And it comes with a big sigh of relief from campaign managers. The social network is rolling out a big update to Ads Manager globally over the next couple of months. It will finally allow users to quickly parse campaigns and pick and choose which metrics will go into their reports.

The first addition: custom filters, which lets users get granular by campaign status or targeting based on things like objective, status, funding instrument, campaign name, delivery, and placement. Custom metrics, on the other hand, can be used by advertisers to pick and choose the stats most important to them. The changes should help marketers optimize their campaigns much more easily than before.

As video becomes an increasingly larger part of both Facebook and Twitter's strategy, the two social giants are reaching for the stars. YouTube stars, that is. Many "creators," as YouTube calls them, have enormous fan bases—in the millions—and make careers by being original on the Internet, and by taking a cut of the ad revenue from their channels.

For the most part, the Facebook and Twitter models don't have similar revenue-sharing in a way that attracts the cream of the crop, and the companies therefore instead opt for $600,000 contracts with celebrities such as Kevin Hart that try to draw viral, high-quality video content, its creators, and its ad revenue to the platforms.

That's changing now, with Facebook cozying up with YouTube's creator community and exploring revenue-sharing options. But will it be enough to lure YouTube's greatest from the platform they made it big on and which has been there every step of the way to help them succeed?

4. Instagram prepares to let users filter comments on their own accounts

Following last week's news that the Facebook-owned photo and video sharing platform was testing the ability to censor comments, it appears the feature will be rolling out globally sooner than thought.

The filtering and censoring feature will allow users to disable comments on all of their posts—or on a post-by-post basis—as well as weed out comments that contain terms the user feels are inappropriate.

The change, which will come first to high-volume accounts, such as those of celebrities, is interesting in that it puts the censoring in the hands of users. That could potentially help Instagram skirt criticism it receives regarding online harassment—for being either too hands off if it does nothing, or being dictatorial if it institutes and enforces more strict censorship policies itself.

Geofilters weren't enough, so Snapchat's launched special stickers that are currently only available in a handful of large cities across the globe, such as LA, New York, San Francisco, Washington DC, Honolulu, London, Sydney, São Paulo, Paris, and Riyadh.

Like so many other aspects of the ephemeral messaging app, users must have location services enabled to see the stickers, which can be sent via the app's chat function, or placed on top of Snaps.

If your brand's lucky enough to find themselves in one of these cities, you can now spice up your Snaps a little more. See a selection of rather depressing San Francisco Geostickers below... 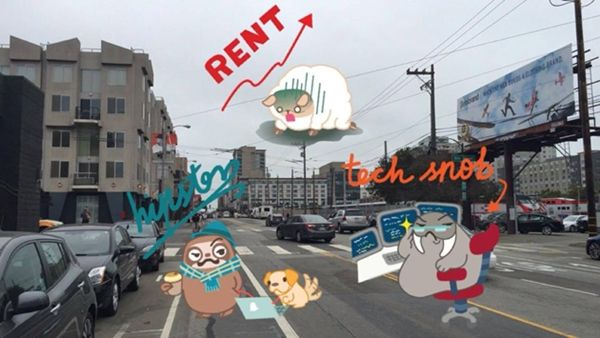 But not everyone will have both. The newly added Shops section, which displays a company's products in a way that lets users discover, browse, and purchase via message, is currently available only in Southeast Asia and other emerging markets, such as Mexico, India, and Argentina.

The services section, on the other hand, is available to all, giving businesses the opportunity to showcase the services they offer in much more detail than before.

This feature could be useful for various types of businesses, including in the B2B space. Would you consider using it? 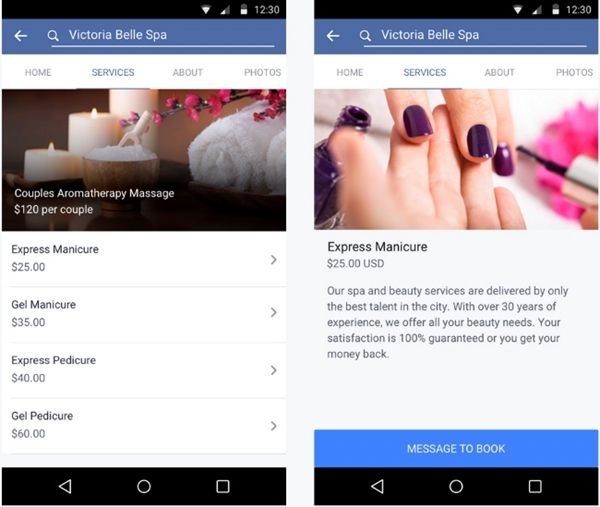 7. Twitter continues its push into sports with an Olympics Moments revamp

We've talked extensively about Twitter's full-fledged push to carve out a niche in sports, and the company has taken a step to further that goal with its revamp of Moments just before the Olympics.

Whereas Moments previously existed as limited-time collections of tweets inserted into users' timelines for a matter of hours or a few days, with the new Moments Twitter inserts Olympics-related tweets into a user's timeline for weeks at a time, allowing prolonged tracking of sporting events throughout the competition. This should make it easier for people to follow the events and news they want, and it could indicate a shift in Twitter's strategy.

8. It's late, but LinkedIn finally built a video feature

The most professional of social networks took a baby step into the already saturated world of video this week by launching a separate app—just for influencers—that lets them upload 30-second videos directly to their feeds on the company's flagship app.

We say baby step because, unlike Facebook, LinkedIn won't prioritize videos in its algorithm more than normal posts, and the videos won't auto-play. Though only 500 of the social network's 433 million users will have access to the video app, the company does plan to move the feature into its main app in the future, but it's unclear whether it plans to expand the capability to all users.

Even if it does, the next question is whether those users will feel comfortable sharing video on their professional profiles.

9. The psychology of successfully marketing to Millennials 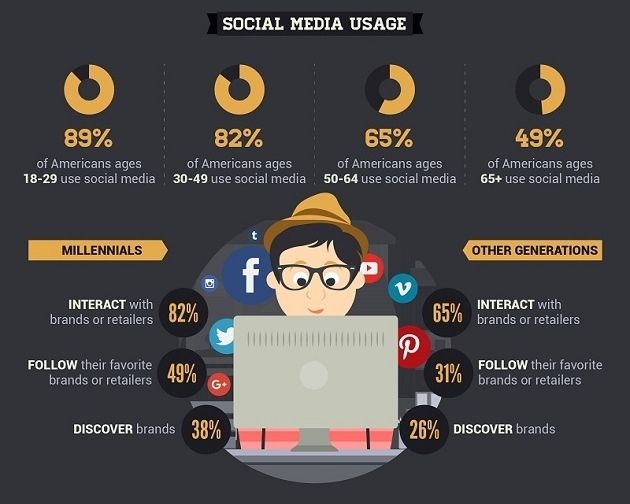 Our lives here at the #SocialSkim may revolve around social media, but advertising agency Acne's latest work for Ikea sets out to challenge the idea that every moment should be turned into an Instagram post.

The ridiculous yet highly relatable ad's high production value helps make it in a winner in our book, as the clip serves as a small and necessary reminder to step back from our screens and enjoy the important moments in life—whatever those might be—without increasing the saturation or adding a geofilter.