In true Facebook fashion, the social network grabbed headlines this week with the announcement of an all-new social app for teens only. We'll give you all the details, plus warn you about the industry the social giant plans to take over next.

We'll also jump into why the Olympic Games indicate a big industry shift toward live-streaming, fill you in on which one of the major social players' engagement actually increased this year (it's a surprise!), and teach you how to gauge whether your Facebook ads led to an offline purchase.

Skim for your weekly dose of social!

It's Facebook circa 2004 for the next generation, and it was designed and built by a 19-year-old Facebook product prodigy, Michael Sayman. Lifestage, the standalone, teen-centric app from the social network launched on Saturday, and it's built to let high schoolers learn more about their classmates.

With no need for a Facebook account, users fill in a "biography" profile with videos that express their likes and dislikes, their best friends, the way they dance, and more. In a push for virality, the apps turn these clips into a profile that others can watch only after 20 or more people from your school join.

There's no messaging function built in, because who needs another messaging app, but users can reach others via their Instagram and Snapchat handles or other contact info that's integrated within.

The app's goal is built to meet Mark Zuckerberg's goal of putting video at the heart of all the company's apps and services, but the social network's poor track record of now shuttered standalone apps like Poke, Slingshot, Paper, and Notify has already put the future of Lifestage in question.

Is there an industry Facebook won't try to take over? Many of us may have been addicted to Farmville on the social network at one point, but the rise of game-capable smartphones resulted in Facebook's losing ground to competitors like digital gaming distribution giant Steam.

But a new deal with Unity sets the Facebook up for a comeback, aiming to build a gaming portal on which publishers can offer their iOS and Android apps, and one on which hardcore games can be hosted on desktop. The portal will have a cleaner look than Facebook, void of the newsfeed so as to focus on the games themselves.

Instapaper, a save-to-read-later app, is Pinterest's latest attempt to thwart Facebook's dominance as the sole social network with valuable data. Both Instapaper and Pinterest allow users to save articles from across the Web for later reading/viewing, so why would Pinterest opt to acquire a company that offers the same thing?

Because only Instapaper actually hosts the content, which means users don't have to switch between apps, and the company can bring Pinterest eight years' worth of data insights about what content users save and read, as well as help recommend better content and serve more appropriate ads. Sounds like a win all around, but we'll see what they do with it.

Twitter users can now take a bit more control over what they see on their feeds, with two new features from the social network to tackle trolls and abuse.

The first allows users to enable a "quality filter" that blocks accounts that behave in undesirable ways by taking into account behavior, automated tweets, account origin, low quality content, and duplicated tweets. The second lets users see notifications only from accounts they follow, a move guaranteed to relieve those who receive a high volume of tweets.

The move comes after Instagram introduced similar abuse-fighting measures, and points in a direction of increased personalization and user-controlled "censorship" to improve user experience and tackle bullying and harassment issues.

Two simple settings to give you better control over your Twitter experience. https://t.co/pEJuMUhCYs pic.twitter.com/jmFd0rDoV6

The new feature is available only to verified users (brand pages and individual users alike) in the US that have the Facebook Mentions iOS app installed on an iOS device. Two-person broadcasts aim to make live broadcasts more interactive and engaging, as it allows Facebook Live streamers to invite another person to join their broadcast and share the screen.

All nonverified pages will get access to the feature in September, with a worldwide rollout for personal accounts set for October or November.

The social music app is set to ramp up its original video programming once again, following its initial foray into the field in May. So much so, that the platform has opted to not renew some deals with content producers so it can focus on originals itself.

Many of its first contracts with the likes of ESPN and Vice fizzled out because of low viewership, which led Spotify to realize that many of its music-streaming users don't search for, or even care to watch, video on the platform.

But Spotify won't let other social networks take video for themselves, and it is planning a heavy investment in what's expected to be music-oriented content, centered on performances and music's intersection with everyday life.

Facebook is growing its ad revenue at a rate of 64% year over year, and it's ad revenue over the past year was more than that of any of the major TV companies—CBS, Fox, Disney, and Comcast. That extraordinary growth pushes the social network close to Google territory.

Facebook's success can be attributed greatly to its personal knowledge about its users. Whereas TV networks depend on broad demographics to sell ad space, Facebook gets down to the nitty-gritty, with individual targeting techniques plentiful.

Digital ad growth continues to surge, and traditional players will soon find themselves fighting over a much smaller piece of the revenue pie.

Live events (thin: Oscars and the Super Bowl) have consistently been a way for TV networks and advertisers to soften the blow of streaming services and other digital alternatives, but now that live events are making a grand entrance on social media, networksare looking for ways to compete, and brands for ways to not miss out.

As Twitter and Facebook continue to expand their livestreaming partnerships with professional sports associations, the Rio games had NBC package digital ads for its Olympic livestreaming content and traditional TV ads together. And in an effort not to miss out on the 18-34 demographic that disproportionately consumes content on digital platforms, brands are following suit.

Social is continuing to change the game and make new rules, it seems.

8. You can now attribute offline conversions to your Facebook ads

Facebook wants to help you identify when a customer's in-store purchase was triggered thanks to an ad you placed on the social network, and now it's available to everyone using Facebook's Business Manager.

The new application programming interface (API) houses a section that lets marketers upload data related to business activities that happen outside of Facebook, a website, or an app. Then, the magic happens. The API helps businesses match transactional data from their customer base or point-of-sale systems to their Facebook ads reporting, letting brands evaluate the effectiveness of their ads in real-time.

Attribution is a big buzzword, and it appears Facebook is ready to improve it for everyone. 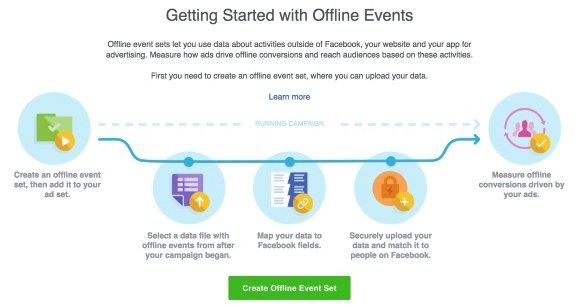 A report based on the content of 40,000 companies shows that most of the major social networks' engagement between consumers and brands drop in the first half of 2016, with Facebook, Instagram, and LinkedIn all suffering a decrease. But Twitter actually had a slight uptick in interactions, with a 1% increase in its engagement ratio since January.

See which platforms fared the worst, and which others might give you a little more bang for your buck on MarketingProfs. 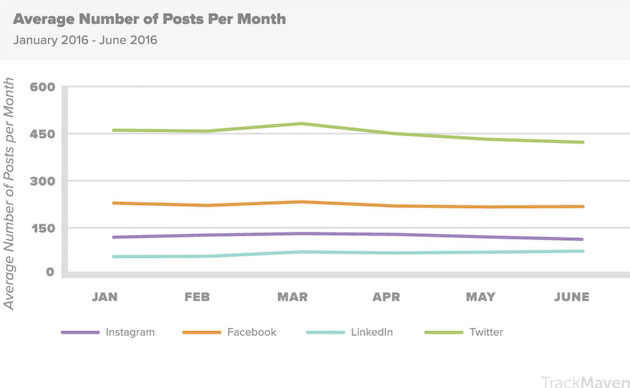 The public Web turned 25 on Wednesday, and brands took to one of its newest byproducts—social media—to share their appreciation for the new medium that let them reach millions of people.

Most brands held true to common themes of humor or reflection, all the while coalescing around the hashtag #InternautDay. Nokia encouraged engagement by asking questions about the Web's future, while Carlsberg did the same by showing just how far the Internet hasn't come.

We personally think The Sun took the cake with its throwback cover to 1985 (below), though it wasn't a tweet by the brand itself. But we'll let you decide!

Remember when The Sun didn't believe the internet was a thing? #InternautDay pic.twitter.com/soSZHkCLoL