What the social networks chalked up this week: Instagram grabbed headlines with its latest push to satisfy brands' need to sell; Twitter introduced bots for customer service; Pinterest launches three new types of Promoted Pins; LinkedIn now lets you compare your salary; the co-founders of Vine change course with a new livestreaming app; Facebook adds Snapchat-esque effects and masks; ten ways to make Facebook your most powerful event-promotion tool; and much more…

Skim for all the biggest headlines!

1. Instagram paves the path to easy e-commerce with new features for brands

The Facebook-owned social network is taking a play from Pinterest's playbook and positioning itself as a place for users to not only discover but also eventually buy the products promoted on the platform. To do so, Instagram has unveiled new features (currently available to select partners) to help bridge the gap between discovery and purchase.

Abercrombie and Warby Parker are among 20 retailers working with the social network to tag pictures with a new shopping bag icon that users can select to display prices and other product information. Though purchases can't be completed within the app itself, the new button pushes users to the retailer's mobile website or app—a decision to straddle the line between helpfulness and over-commercialization of users' feeds. The test is only rolling out to a small group of iOS users in the US for now, but it seems indicative of the future of the platform. 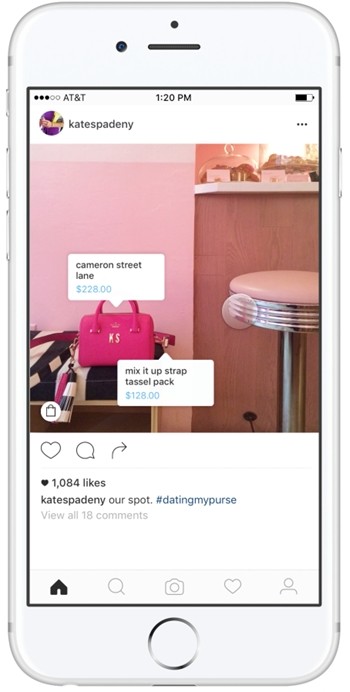 2. Twitter rolls out new tools to all for better customer service

Providing quick answers and solutions for your customers just became easier on Twitter, with the introduction of two new features for Direct Messages in the form of—of course—bots. Welcome messages and quick replies provide a new way for businesses to connect with their customers, and a quicker alternative to phoning a customer service representative.

Once users open a Direct Message with an account that provides support, welcome messages greet them automatically, without their having to send a message first. Quick replies then prompt users to select from a set of actions, such as tracking a package or chatting with an agent. The new features started rolling out on Tuesday, so go ahead and give them a spin!

Get faster and easier help from businesses. Try it now with @EvernoteHelps and @PizzaHut. #CarpeDM pic.twitter.com/T8vHnLESEM

3. Facebook reveals a host of new resources for business influencers

Facebook released its Business Influencers Guide this week, which highlights the social network's prowess in connecting businesses with customers, employees, thought leaders, and business professionals around the world.

The guide appears to serve as a way for Facebook to tackle its reputation as less business-oriented than LinkedIn. The guide has sections dedicated to getting started, building a presence, developing an audience, and using Facebook and Instagram as a leadership platform through the use of Facebook Live, notes, 360-degree videos, and more. 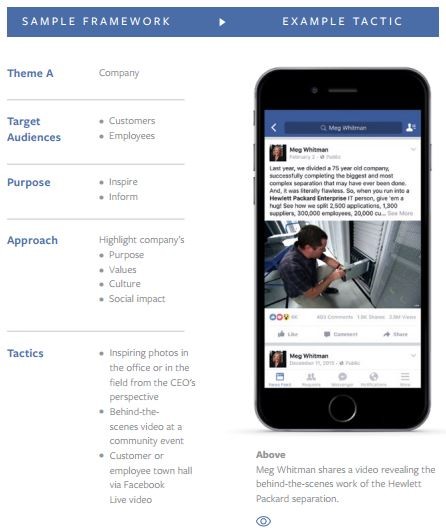 Though Twitter Moments were only curated by Twitter partners at its launch, and more recently opened up to a broader group of influencers and brands, Twitter released the feature to all users at the end of September. But brands—and particularly small businesses—still have a lot of questions about what purpose the feature serves, and what it can do for their companies.

Moments is a sort of visual representation of a hashtag, or a collection of tweets relating to a common topic, meaning your brand can create a Moment about a particular event or offering (let's say a specific B2B event you're hosting), and let Moments collect all content from users tweeting about your event. No more scouring Twitter to screenshot the mentions your event is generating on the platform!

If your Moment gains enough traction, it could even be featured on Twitter's Moments tab. Check out how to create and optimize a Twitter Moment for your business! 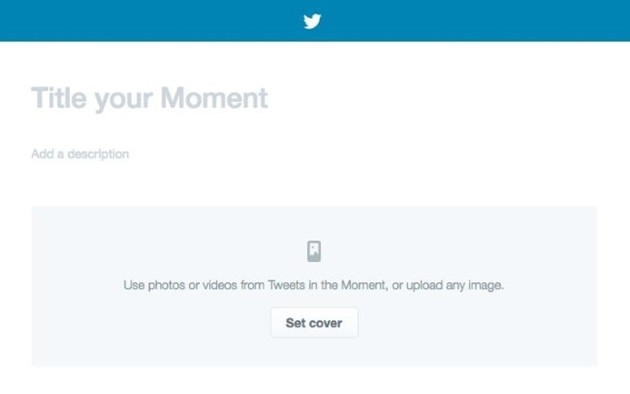 The social network just introduced one-tap Pins, video Pins, and app Pins, giving advertisers three new types of Promoted Pins to get their products and services in front of more eyeballs. The company also announced Promoted Pins' launch for advertisers in the UK, and said more markets would be added in the near future.

One-tap Pins, currently only available to select businesses, allow users to use a single click to jump directly to the site the Pin came from. Promoted video Pins play right within Pinterest itself, and show users a selection of related ideas, or help them buy the products seen in the videos. Finally, promoted app Pins let brands link users directly to the app stores to boost downloads.

Will your brand consider using these new Promoted Pins?

6. LinkedIn now shows you how your salary stacks up against others' in your field

The social network for professionals unveiled a new feature that lets users compare their salaries with others with similar titles on the platform, and also gain some insight regarding how experience, education, and location could play a role in them. Users can query a job title and filter by education level, industry, company, location, and more to see how their salary stacks up against others' in their field.

The new feature launches just weeks after job-searching website Glassdoor released a similar capability called Know Your Worth, and coincides with a series of other new features from LinkedIn since its purchase by Microsoft. The salary-centric feature is now available for American, British, and Canadian users, and is expected to roll out worldwide next year.

7. Vine may be dead, but its co-founders live on with a new livestreaming app

Twitter might have closed the curtain on their baby, but the co-founders of Vine are already moving on to a new product set to take on Facebook Live and Twitter's Periscope. HYPE, the new live video broadcasting app founded by the duo, is already available on iOS.

Unlike competitors, HYPE allows users to add music and other animations to their broadcasts. It's a feature-rich livestreaming app, but might need to develop many more points of differentiation from Facebook Live, which already has a huge head start in the livestreaming game. HYPE will launch on Android soon.

8. Facebook continues to search for Snapchat magic with new camera effects and masks

Facebook's never-ending quest to squash Snapchat continues with the social network's latest attempt to build up its offering—this time, directly within its flagship app itself. Though previous products included standalone apps like Poke and Slingshot, the new features are being tested in Ireland and are integrated directly within the Facebook camera itself.

The camera within the app now includes a suite of masks and photo effects; once a photo or video is opened, users have 24 hours to respond before it disappears. Even more interestingly, Facebook built a separate inbox in the camera for users to send their photos and videos directly to friends without having to navigate to Messenger. It's only a test for now, but the capabilities could be rolled out more widely in the future.

Not only that, but Kinetic Social's research found that spending increased five times year over year, and that Facebook ad spending increased 50% within the last quarter, with 20% of spending on the platform going to Instagram ads. Interestingly, Pinterest recorded a 300% increase in engagement campaigns this quarter, possibly indicating that social network's advertising platform is maturing as it continues to roll out new tools for advertisers.

10. 10 ways to make Facebook your most powerful event-promotion tool

With more than 500 million people using Facebook Events each month to connect in the real world, it's a too powerful feature not to take advantage of. Facebook Events can help broaden your reach for your brand's in-person events—a critical content marketing tactic for B2B companies.

From showcasing your events on your business page and sharing it far and wide at optimal times, to using your Facebook's Page Plugin and promoting your event via a unique QR code, MarketingProfs has you covered with ten tips to broaden your event's reach. 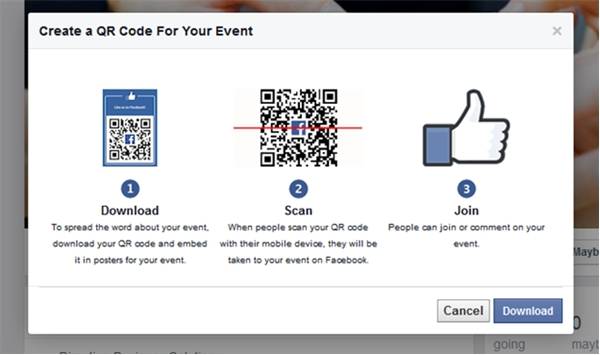 11. How to expand your reach to local customers on Facebook

It's often seen as the social media for mass messaging, but there are also some little-known, organic tricks that can help local businesses reach more local customers on the platform—without having to pay for Facebook ads. Social Media Examiner has four great unpaid tactics to help you get ahead on a local level!

12. Now that Vine's closing, here's what we can learn from the brands that used it

Although Twitter delivered a welcome surprise to investors and Wall Street with the announcement of its shuttering of the underperforming video-looping Vine app, dedicated users and some brands see it as a loss. Your brand might not have been on the platform, but that doesn't mean there's a lack of lessons to be learned from those that dove in early in the time-restricted, snackable video format that's become so popular.

From Jolly Rancher and GoPro, to Downy and Louis Vuitton, the brands that succeeded on the platform were those that could tell a complete story in a single, seven-second loop. And although today's plethora of apps offer similar features to Vine, video creators as well as brands need to be cross-platform creators should they wish to be recognized.

13. We'll wrap with where Obama's 11 million Twitter followers go when he leaves office

In the age of social media, what happens to a sitting president's social media accounts and tweets? The White House outlined just that this week, and ingrained President Obama's status as the first "social media president" by citing him as the first to be on Twitter, to go live on Facebook, to answer citizens' questions on YouTube, and to use a filter on Snapchat.

When President Obama turns over the keys to the White House, his tweets will be removed from his Twitter account and saved at the National Archives and Records Administration, but his 11 million followers will remain. The transfer of social power will be the same for Instagram, Facebook, Tumblr, and YouTube as well, with the usernames, URLs, and followers remaining constant, but timeline content being wiped clean for the future Social Media Commander-in-Chief.

We'll see whether the 44th president of the United States proves to be as social-savvy as the 43rd.