This week's 'Skim highlights two giants taking on a third: Facebook undermines Microsoft's LinkedIn with job application tools, and Amazon launches its own version of Microsoft's Skype for Business.

Watch out, LinkedIn. Facebook is making a play at two markets underserved by the world's best known professional social network: lower-skilled workers and people who aren't actively looking for work. Business Pages in the US and Canada on the platform will now be able to post job openings as status updates, host the positions on the Jobs tab of their Page, and let users send their applications directly through Facebook Messenger.

The new feature could certainly open up a new revenue stream for Facebook, as companies might opt to boost their listings to get them in front of the eyes of more users if Facebook would allow it. Moreover, Facebook eventually plans relevancy sorting and recruiting tools, which would make it even easier for candidates and companies to find the right fit.

The business-centric social network followed up its major desktop redesign last month with a big shakeup of its offering for Premium Career and Premium Business subscribers.

Premium Career subscribers now have access to a suite of personalized insights, including positions they'd likely be top applicants for, connections at potential employers, and similar professions in fast-growing companies.

Premium Business subscribers' insights now include timely data on company pages (see image, below), as well as data on when businesses have viewed their profiles.

All Premium subscribers can also count unlimited access to LinkedIn Learning's 9,000 courses as an extra perk. 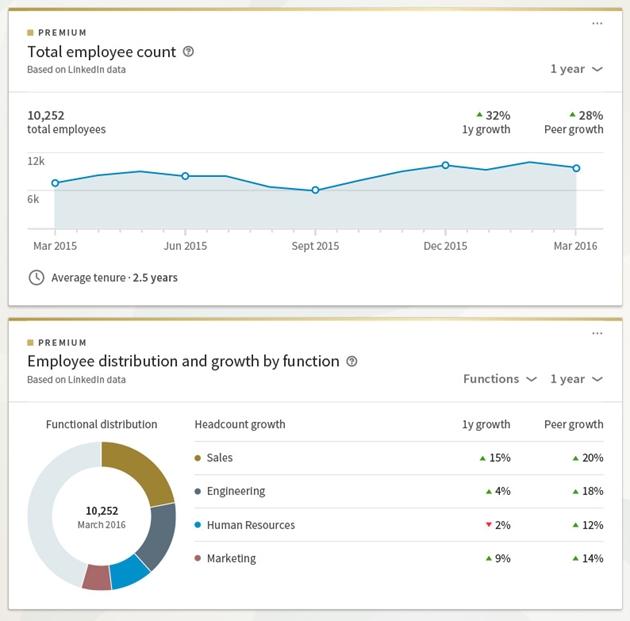 Amazon Web Services (AWS) launched a product challenging Microsoft's Skype for Business, as it offers organizations voice and video calls and instant messaging. The move marks Amazon's moves into software as a service (SaaS) and could put the company on track to compete with the likes of Slack, Cisco WebEx, and even Google's Hangout.

Amazon Chime offers a free version, but a Plus Edition gets your organization user management with Active Directory support. Serious brands can up their ranks to the Pro Edition for screen sharing and video that scales out to up to 100 users, along with unlimited VoIP service.

In a few weeks, Facebook users who've saved videos they've come across on their News Feeds but didn't have time to watch in the moment will be able to kick back on the couch and view them on the big screen at home.

The social network is launching a new, free app on TV set-top boxes, such as Apple TV, Amazon Fire TV, and Samsung Smart TV, for Facebook users to enhance their viewing experience by linking Facebook videos to their televisions. The new app will also recommend videos for users.

The launch also opens up the possibility of new ad revenues for the social network, particularly as the company courts creators to produce longer content specifically with the new set-top app in mind.

5. In the face of poor earnings reports, Twitter trims down its ad products

The social network's advertising business has begun shrinking, and underwhelming (4% year-over-year) user growth proves Twitter still hasn't found the magic mix for products that attract users as well as revenues. It's time for a change, and the social network plans to pare down its ad business that many think became too overloaded with options that don't fit into Twitter's newly honed mission of being "the best and fastest place to see what's happening in the world and what people are talking about."

Ad products not getting significant buy-in from advertisers will be shuttered. CEO Jack Dorsey noted 2017 would be about "simplifying and differentiating...revenue products." Twitter's no stranger to shakeups; and though this process could be painful for employees and users alike, it's certainly necessary to get it back in flying shape.

6. Yik Yak is back with a Slack-like app for college students

The founder of Yik Yak is rebounding from the app's collapse with a new app, called Hive, also geared for university students. Yik Yak co-founder Brooks Buffington founded it as a way for college students to chat with their peers via various "channels" based on classes, majors, and interests.

For now, however, Hive is available only on iOS and Android to users with .edu email addresses at Furman University, where the founder went to school. Hive could be onto something big by marrying the messaging trend with Facebook's original signup method, but the fact that coursework is not often taken as seriously as professional work on Slack could mean the app faces becoming noise in a landscape chock full of competitors. 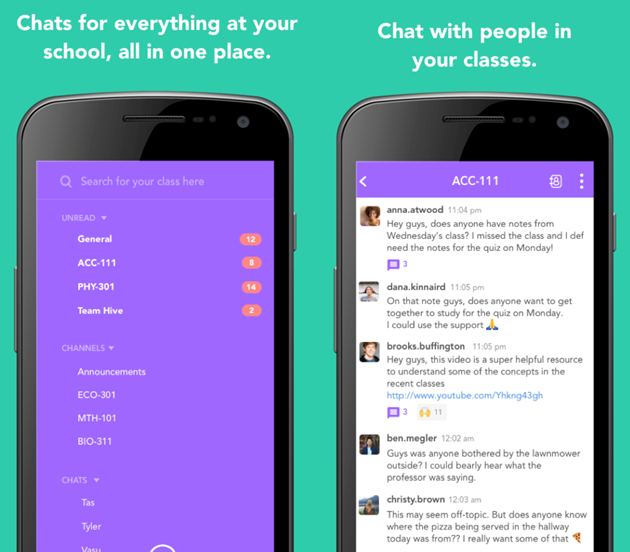 7. How you should approach video on Twitter for maximum engagement

A study conducted by Twitter and Omnicom Media Group revealed keys to optimizing your video content for the platform. Click through for the results, but we've highlighted the most important takeaways and best-practices:

Facebook plans to take over yet another part of your day so that soon you won't have any excuse to leave the platform. The social giant introduced a new weather app within the hamburger (three-line) menu in the bottom right corner of the app on iOS and Android. Users can now customize the app based on their location.

Facebook plans to eventually move its new weather forecasts into users' News Feeds, hoping to make your other weather applications obsolete. While you search for the new weather section on the app, you might just be surprised at how many features you didn't realize Facebook already provided: money transfers, instant games, a WiFi finder, and much more. 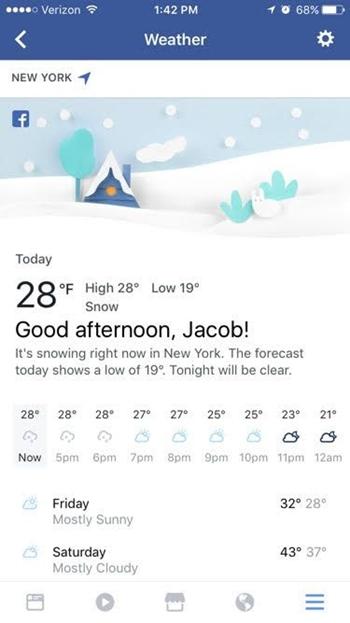 9. Five reasons blogging is key to marketing your business

We often get so caught up in the latest features on Facebook and Snapchat, that we forget to go back to the basics—like blogs. If you're working for a B2B company, your blog can be your most valuable social media platform—and the key to establishing yourself or your company as an expert in your industry.

In case you've been putting your blog second to your Facebook page, here are five core reminders of why your blog is critical to lead generation:

Although B2B has often trailed behind B2C in marketing innovation, the rise of social media has helped level the playing field—as has value-adding content marketing, which gives B2B marketers an equally powerful approach.

If your company is not fully on board with a coherent strategy just yet, to jump-start your brainstorm you've got to check out an infographic of 2017's biggest trends in content marketing—from the latest developments in content creation and strategy and an emphasis on lead generation and Web traffic, to the evolution of content creation tools. Check out the full infographic for an in-depth look. 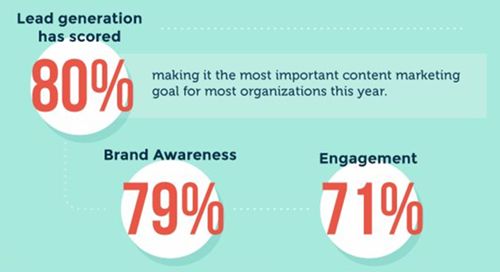 11. We'll wrap with tragedy played out on Facebook Live

Last week was unfortunately marked by tragedy on Facebook, proving that the social network has big strides to make in security, and that its livestreaming service, Facebook Live, has significant challenges to overcome.

Two radio journalists in the Dominican Republic were shot dead during a livestream broadcast on the social network on Tuesday; also, on the same day, a two-year-old boy and a man were killed, and a pregnant woman was injured, in a shooting in Chicago—and also caught on Facebook Live.

It's not the first time that Facebook, and in turn its users, has come face-to-face with horrific crimes, and it prompts the question of how the social network can possibly create a safe environment for users.