Skim to stay on top of your social media game!

1. Twitter partners with Bloomberg for 24/7 news service, with Buzzfeed and Viacom for more

Twitter is all about what's happening now, and its newest project with Bloomberg shows the company's out to prove it. Last week we filled you in on Twitter's plans to eventually stream live content 24 hours per day, 7 days per week, and now it seems Bloomberg is ready to dive in to help the social network accomplish just that.

The financial news network will create a unique, 'round-the-clock program consisting of live reporting from various bureaus around the world, as well as verified user-generated content from Twitter users. Video has been Twitter's highest source of advertising revenue, so we can probably expect to see similar endeavors down the road.

Check out all of Twitter's announcements, including about new live shows with Buzzfeed and Viacom.

The Google-owned video Site is letting users preview its new design, optimized for simplicity, consistency, and beauty, according to one of the company's product managers. Based on Material Design, the new look also includes an optional dark theme both to provide users with a better viewing experience and to reduce glare.

The design will be consistent throughout Google platforms, including YouTube's mobile app. Want to preview the new design? Navigate over to www.youtube.com/new and let us know what you think.

A new Rewards section within the More tab of Facebook's mobile app has appeared for a group of users, as the social network tests a feature for scanning personalized QR codes while customers are physically in stores in order to redeem discounts or bonuses.

The addition could pave the path for Facebook to incorporate brand loyalty programs into its platform, and to better connect businesses with their consumers while they're physically in-store. Such features could also open the door to beacon-like technology that could have Facebook alerting shoppers to available discounts or coupons based on physical location and more. The sky's the limit... Will you be prepared? 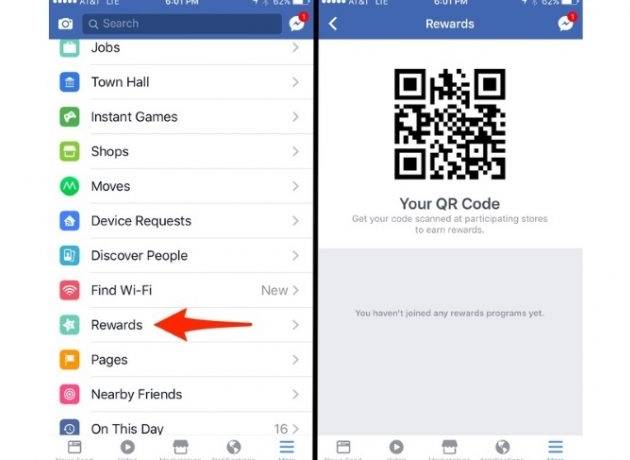 Google+ has added a Topics feature, letting users search and browse for public posts, Communities, and Collections based on themes or interests.

Users' home streams will now feature a Topics section, which covers everything from sports and animals to photography; they can click to discover posts made by public profiles, as well as connect with like-minded people by joining the Communities or Collections that surface based on any given Topic. The addition is rolling out to users now.

5. Twitter's getting serious about reversing its advertising woes

The social network headed to its first ever NewFronts to showcase its grand plans in video in an effort to lure advertisers away from other platforms. Although Twitter's user growth increased in its most recent quarterly report, Twitter's ad revenue hit a two-year low last quarter, so the company is pitching advertisers with ambitious media partnerships to feature livestreaming content around the clock.

Facebook has formally begun rolling out its Instant Games, originally announced in November 2016, to users across the world: Pac-Man, Words with Friends, and more just became accessible to all of the social network's users who have the Messenger mobile app installed.

Instant Games is rolling out on both Android and iOS, and it should be available to all users in the coming weeks.

Facebook is bolstering its Messenger platform to provide even more reason for advertisers to place ads and for users to spend more time within the app.

There's a new way to engage prospects on Facebook that you probably haven't taken advantage of yet. Facebook Messenger ads appear on the Facebook News Feed, but users who click are redirected to the Messenger app, where they're subsequently able to ask a company a question, get feedback, or redeem a reward.

Social Media Examiner has a step-by-step guide to developing relationships and potentially opening up new revenue streams using the Messenger ad format—from defining your custom audience and choosing the right call to action for your goal, to creating the ad and launching the campaign. 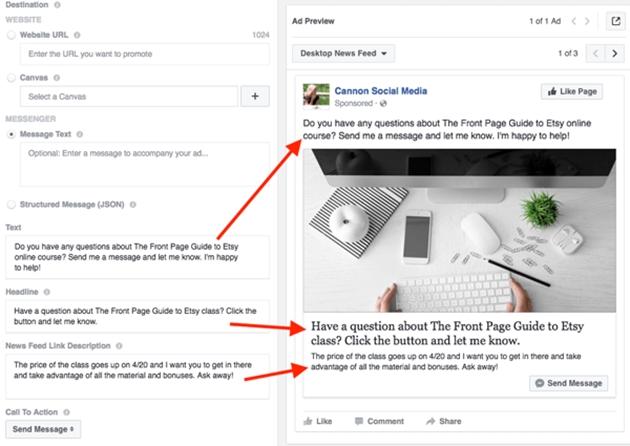 Facebook users now have five new emotions to express themselves with when reacting to comments on posts. The social network is rolling out the ability for users to use the same five Reactions on comments that users can use for posts: love, haha, wow, sad, and angry.

Facebook added Reactions to the News Feed in February 2016 and to Messenger in March 2017; it already counts 300 billion uses by users since those launches. 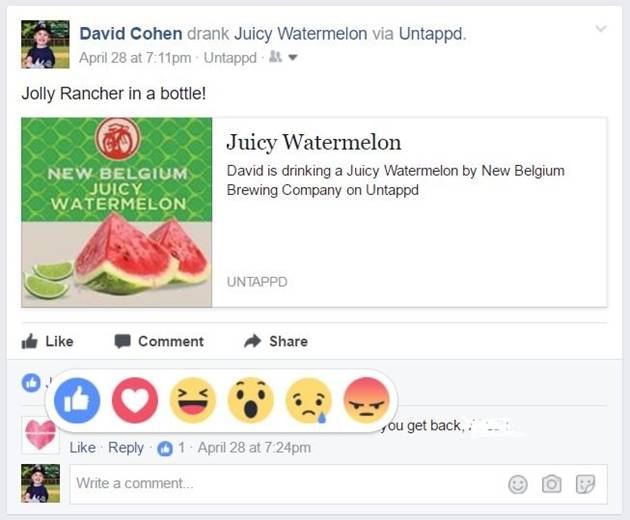 9. Why brands use social listening tools

A recent report from Clutch gives us some deeper insights into why brands are using social media listening tools, proving the value brands find in having a ear on social conversations.

The main purpose for a brand's use of social listening software is to improve customer service, while reaching new customers and staying ahead of competition rank second and third, respectively, as the most common purposes.

But what do these same marketers feel is the primary benefit of using such tools? Check out the MarketingProfs recap to find out. 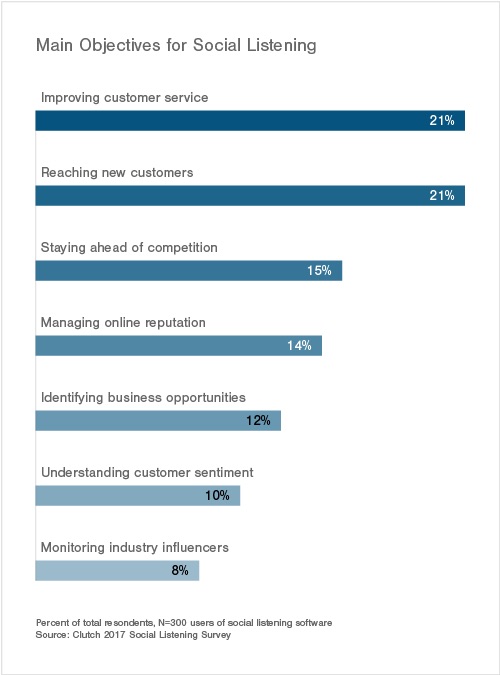 10. We'll wrap up with Facebook's hiring spree in the wake of livestreamed murders

The social network has run into its fair share of controversy after its Facebook Live feature was used in multiple instances to live-stream shootings, hate speech, murders, and other crimes. Facebook is ready to fire back, and it's hiring 3,000 new employees to keep to monitor the platform for harmful videos and content.

Facebook already has 4,500 employees working in a similar capacity, but it's also been working on ways to streamline the reporting process for users to flag objectionable content and make it easier for the social network's monitoring team to contact law enforcement when necessary.

Between accusations of playing host to fake news that can derail governments to serving as a place for criminals to livestream their crimes, Facebook faces a burden unlike anything it's seen before.