This week's 'Skim is all about global growth: Facebook eyes high-quality, original, TV-like shows for as early as this summer; Snapchat's earning report ghost scares investors with growth concerns, and the company releases a suite of new features to combat Instagram; Facebook's latest algorithm change will affect how you share links; Instagram eyes global markets with a brand-new Web sharing feature; the upcoming trend of niche social media platforms; and much more...

The social network is getting serious about its original-content offering. It's reportedly preparing to premiere up to two dozen TV-like shows in June, and has already greenlit production for several of them.

Facebook is apparently interested in not only in shorter, 5-10-minute shows that would refresh on a daily basis but also longer, more expensive productions (like "House of Cards") made for a home viewing experience—such as via the new Facebook app that brings its video platform to a TV screen near you.

Multiple people briefed on Facebook's latest endeavor say the company has tapped several A-list celebrities to join the shows, so it's clear that the social network's becoming serious about taking on the likes of Netflix, Amazon, YouTube, and Snapchat.

2. Facebook's latest algorithm change means you need to watch what links you share

Facebook is reducing exposure for what it considers low-quality websites in users' News Feeds. Accordingly, Web pages with lots of spammy and shocking ads, or little substantive content, will be devalued in the social network's algorithm and rendered ineligible to become an ad.

The move comes as Facebook continues its fight against fake news and aims to decrease the economic incentive of financially motivated spammers. Brands that don't share low-quality links should see a slight bump in traffic, whereas targets of the algorithm change will see their posts demoted.

Snapchat's first earning report since going public didn't exactly inspire confidence in investors, who saw that the company's first quarter growth rate jumped only slightly, and that its year-over-year growth continued to decelerate.

Snap Inc. shares plummeted 24% following the news as details shed light on lackluster growth outside of the United States, and expanded fears that Snapchat could become the next Twitter.

The news could partly explain why the app unveiled a suite of new camera features we've outlined in story No. 7, below, so keep reading to see what's changed! 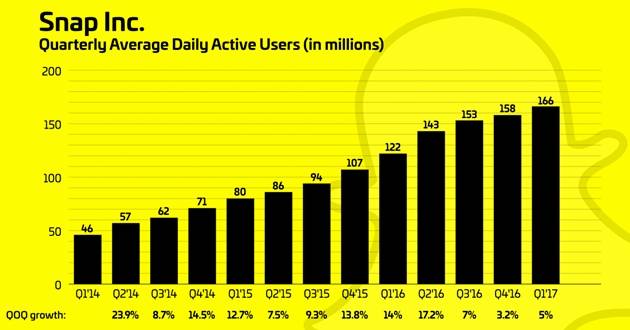 Using the new capability, brands can evaluate the effectiveness of, and optimize the efficiency of, existing campaigns as well as create Custom Audiences based on that performance data to retarget lead customers or upsell based on where consumers are in the sales cycle.

To see how to use Facebook's new Offline Conversation solution, get startedhere. 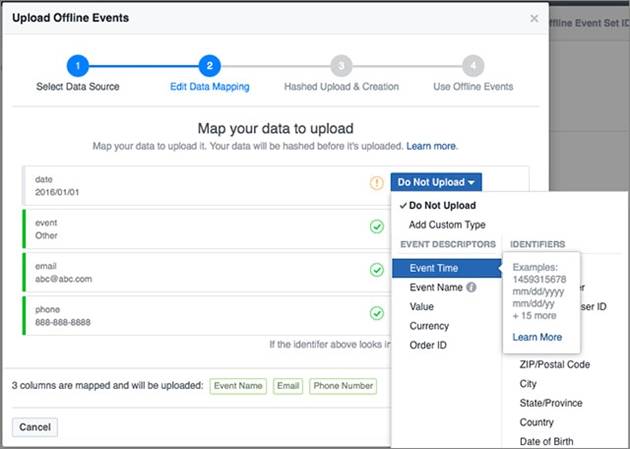 Users in international markets, where networks are slow and data is expensive, now don't have to download the app to take part in the fun. Until now, users could access the mobile Site but were only capable of viewing photos, liking posts, following users, searching for content, and seeing notifications.

Instagram's Web sharing move is aimed at the 80% of its users who live outside the United States, and looks as if it will help the app expand as it reaches saturation in top Western markets. 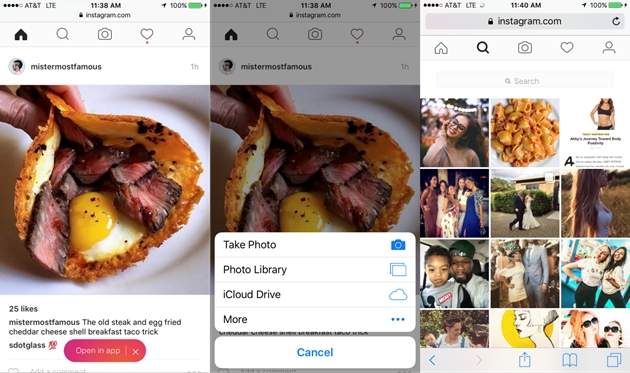 Users can simply click the plus sign at the bottom left corner of their Messenger app to unveil the businesses and make a selection. Want to share a song from Spotify so all in the group can listen? Done. Need to share the latest updates from the big game? Select theScore's Chat Extension to pull content directly from their website into your conversation.

Chat Extensions appear to be Facebook's way to bring its Messenger platform closer to the likes of WeChat, with tons of tools and applications in one, and we like what we see so far.

7. Snapchat unleashes new camera tools in continuing race to the top against Instagram

Long for the days when Instagram and Snapchat were two distinct social media platforms? Well, get over it. Snapchat this week introduced a few new video features meant to keep it competitive in today's cutthroat, Snapchat-copying social media world.

We're sure Facebook's Instagram is already at work in development.

The ability to see public posts isn't new, but the new design and section includes a counter that updates in real-time and displays how many people are discussing buzzing topics.

Latest Conversations seems to be another attempt by Facebook to expose users to views outside of their social circle, hopefully helping the social network evade further criticism about serving as an echo chamber for users whose News Feeds merely reinforce the viewpoints they already hold. 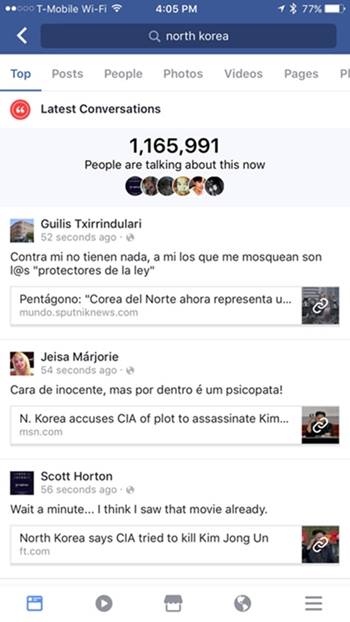 Are Facebook, Twitter, Instagram, Pinterest, and Snapchat just too big to stay interesting, or to generate the type of passionate connections brands hope for among their customers? Major League Baseball (MLB) and Tumblr think so, and have thus developed niche social media apps Infield Chatter and Cabana to fix that problem.

MLB's Infield Chatter provides a platform for true baseball fans to gather and share, and boasts a team of human workers who monitor the platform for trolls and spam—something the sheer size of Facebook doesn't let it do effectively. Tumblr's Cabana encourages users to watch videos together—not the first app of its kind, but much more specific in scope than Facebook.

Niche social media apps could be a way for brands to capitalize on their most avid fans and advocates, and we think it's a space to keep an eye on as more begin to make the rounds.

10. We'll wrap with the incredible connections social media can build

You may know Nicki Minaj as a rapper, but what about as a godsend for those who can't afford their college tuition? The singer took to Twitter last weekend pledging to help fans pay their bills if they can prove straight A's, an incredible act for her fans and proof that social media can do more good than we sometimes give it credit for.

The starlet spent an evening verifying roughly 30 users' requests with their colleges, offering to pay off thousands of dollars in tuition fees or loans. Tweets rolled in from across the world, and Minaj responded to some requesting contact and bank information via direct message on the platform.

Amid all of turmoil between fake news and livestreamed shootings, it's nice to occasionally reflect on the positive effects social media can have.