#SocialSkim: Facebook Outpacing LinkedIn for B2B, All About Google Lens: 12 Stories This Week

In this week's 'Skim: A radical shift is underway pitting Facebook against LinkedIn as the go-to social network for professionals; Google introduces a search revolution with Google Lens; Instagram ups its Snapchat attack with new face filters; Facebook renews its war on clickbait with new algorithm change, and it cracks down on fake live videos; Twitter highlights new privacy features for users; a major search engine will begin surfacing chatbots in search results; what social platforms influencers care about most; and much more…

Skim for all the latest on the changing social media landscape!

1. Is Facebook replacing LinkedIn as the world's professional social network?

HubSpot's 2017 State of Inbound unveils a dramatic shift in B2B social media marketing, and all brands need to take notice: Nearly as many professionals are opting for Facebook as LinkedIn. Fully 74% of respondents reported using Facebook for professional reasons, versus 78% for LinkedIn.

The survey also finds that in certain regions, such as Latin America, people are using Facebook for professional reasons more often than they're using LinkedIn! What does all this mean? B2B marketers who haven't already begun incorporating Facebook ads and a well thought-out strategic plan and budget for the platform might need to start doing so.

The following chart illustrates the radical shift in use of the two social giants, but be sure to check out Josic's write-up for more in-depth analysis of what the change means for marketers. 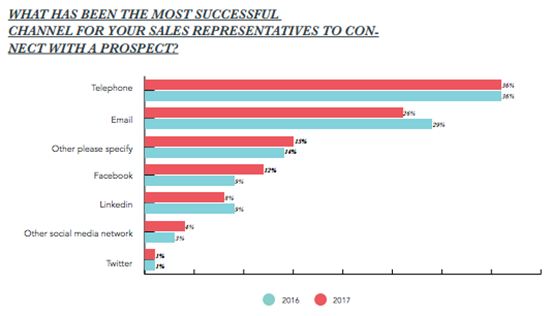 The tech giant on Wednesday announced a major push into augmented reality (AR) with the introduction of Google Lens—a tool that not only allows users to query its search engine by snapping a photo of something in the real world but also overlays digital images on what users would normally see through their phones' camera lenses.

Whereas Facebook and Snapchat have used AR to make people laugh, Google Lens—available later this year—aims for utility. Users will be able to point their camera at a dog so Google can tell them what breed it is, or users can check out the reviews of a restaurant by aiming a camera at the outside of the restaurant and waiting for a digital scorecard to appear above the restaurant image.

With Google Lens, your smartphone camera won't just see what you see, but will also understand what you see to help you take action. #io17 pic.twitter.com/viOmWFjqk1

Instagram certainly doesn't waste any time developing the features that made Snapchat such a smash success in its early days. The Facebook-owned social network is introducing the ability for users to transform their selfies with animated face filters, as well as a new Rewind mode to put videos into reverse.

Instagram also created the ability for users to include hashtags in their Stories, and a new eraser brush that emulates exactly what Snapchat introduced last week.

But it won't include any games. Twitter lost that bet out to Amazon, which nabbed the rights to stream Thursday Night Football games this year. But Twitter's new deal will include live content and a brand new half-hour digital series that will be hosted by NFL talent and will air five nights per week during football season.

Live pregame coverage will include Periscope broadcasts, such as play warm-ups and sideline interviews, with the social networking attempting to provide fans with a behind-the-scenes experiences prior to games. Still, whereas Twitter garnered 2 million viewers for its debut game last year, over 48 million watched on TV, so Twitter still faces a (steep) uphill battle.

The days of shocking headlines that you just can't scroll past without clicking might be coming to an end. Facebook is taking a new approach to tackle clickbait by taking it into account at the post level, as well as the domain and page levels.

The social network will also now scan posts that have headlines that withhold information or exaggerate information, so publishers will have to get a little more creative to draw attention to their posts.

Facebook engineers say Pages that don't rely on clickbait for readership should see minimal impact in terms of distribution on News Feeds. Although Facebook's power over publishers can sometimes be a scary thought, we think the social network is on the right side of history for this one.

Users will now be able to see which advertisers have included them in their tailored audiences, and use the Twitter Personalization and data section to decide how their information might be shared in conjunction with certain Twitter partnerships, as well as opt out of various data-usage and sharing options. 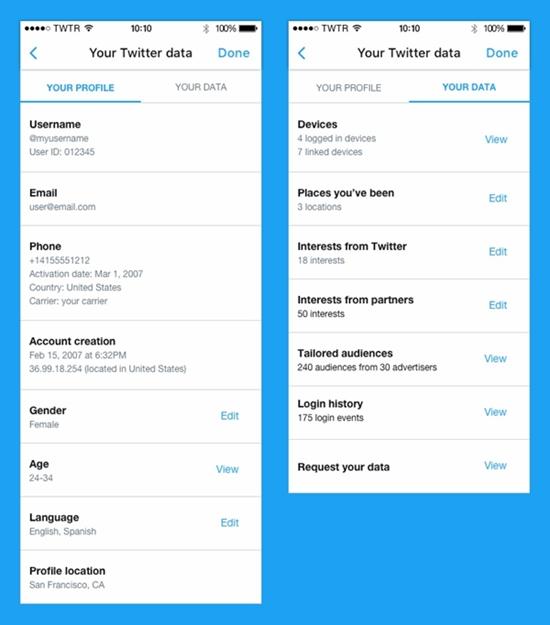 The social network introduced a way for administrators to screen potential Group members via a questionnaire before they are added to the Group. Admins can now add up to three questions that users must respond to prior to being approved for new membership, a move that Mark Zuckerberg thinks will help Facebook Groups serve as true communities and let users more quickly connect with those who share common interests.

Questions—the answers to which are visible only to admins and moderators—are open-ended, and users can respond to them with up to 250 characters each. Applicants can review and edit their answers until their responses are reviewed by moderators. The new feature could mean helping your brand create more qualified leads via Facebook Groups by more easily screening out potential duds. 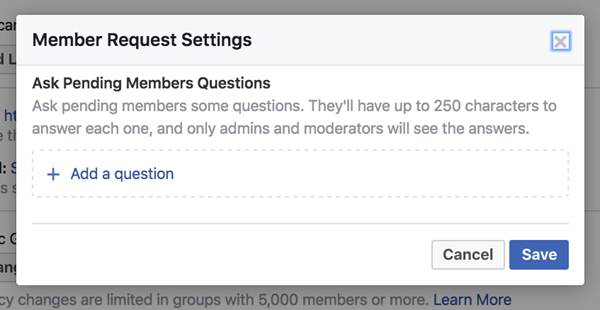 Snapchat came off a very rough week after its first earnings report with a new ad unit for marketers that gives them the ability to overlay images or words on the world surrounding users' Snaps.

Unlike other ad units, the new unit, dubbed Sponsored World Lenses, doesn't require users to use the front-facing camera and take a selfie; they can simply scan the world around them and watch magical graphics augment their perspective. Warner Bros. was the first to use the new ad format to promote an upcoming movie.

Snapchat also launched the ability for marketers to target their face-distorting "Lenses" to users based on age, gender, or the content they view in Snapchat's Discover section. 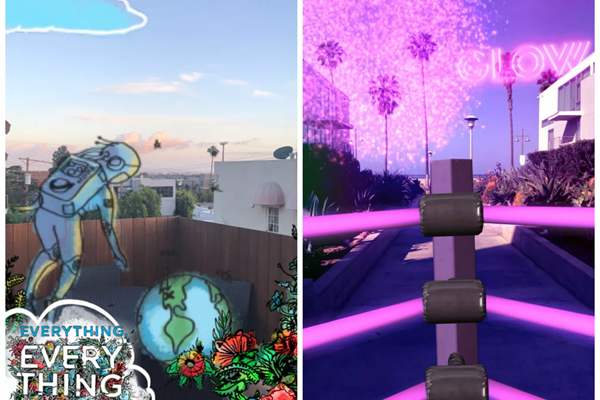 Microsoft's search engine, Bing, has decided to include chatbots from Facebook, Slack, Kik, and other chat platforms in its search results. The change comes as bot developers continue to press the likes of Facebook to improve the discoverability of bots—the issue many view as the key factor hindering growth for the once highly anticipated bot revolution.

The Microsoft Bot Framework now includes over 130,000 developers, and the company has integrated the ability for consumers to make payments and publish bots to Skype for Business, Bing, and Cortana. 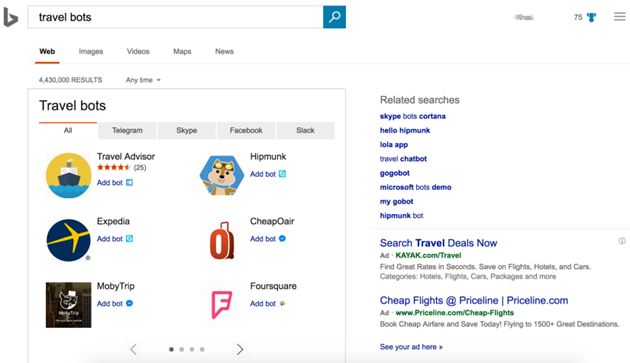 Some brands and publishers have been taking advantage of Facebook's prioritization of Facebook Live videos within its algorithm; they've been producing live streams that serve no other purpose than counting down the days to the end of the year, for example, and Facebook is ready to change that.

Facebook added a section to its Live API Facebook Platform Policy that states developers shouldn't static, looping, or animated graphics and images, or live-stream polls with unmoving broadcasts. The explicit policy change comes after it was revealed that half of the top 10 Live videos of 2016 weren't actually live.

We're less than 5 days away!

11. What social networks influencers care about most

Looking to incorporate influencer marketing into your social media marketing strategy? Look to Instagram. According to a recent study, the Facebook-owned picture- and video-sharing network is not only the social network used most by influencers, but also the one they focus on most.

Fully 99% of survey respondents—a group of over 300 influencers—post content on Instagram, with Facebook and Snapchat rounding off the top three platforms with 67% and 51%, respectively. But where do influencers think they'll focus their energy on in 2018? Check out the full post on MarketingProfs for essential details! 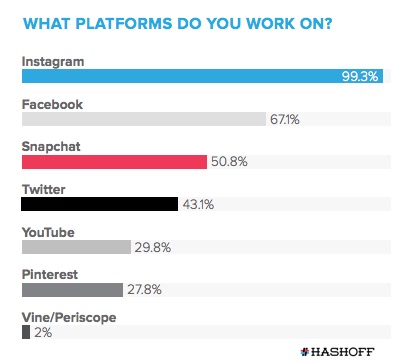 12. We'll wrap with a warning for brands that want to talk like the kids

Getting #Lit, claiming #SquadGoals, or saying your product or service is on #fleek might not be the best way for your brand to reach its younger consumers. That's according to a report from Sprout Social, which highlights the top behaviors demanded by consumers of brands, and places snark and slang way down on the list of desired messaging.

Though users initially got a kick out of brands that were early adopters of humor, sass, and incorporating cultural trends on social, their feelings have reportedly cooled, and fans now expect messaging in line with a brand's identity. Now, nearly seven out of ten respondents report brands' using slang as irritating, even if marketers are simply trying to humanize their brand.

The takeaway? It's time to re-evaluate your brand's approach on social media, ensuring that your identity matches that of your goals as well as your consumers' sensibilities. 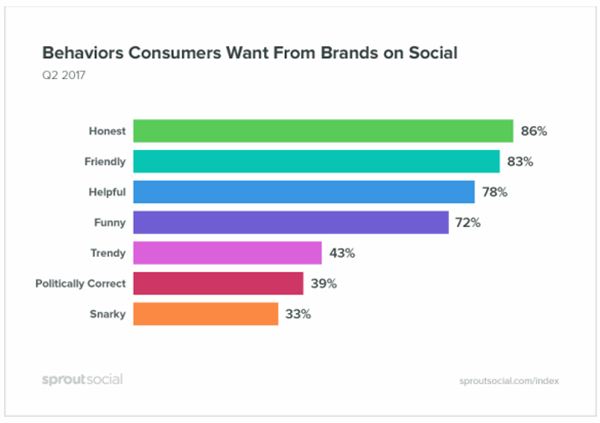